Tangier inspired the works of the French outstanding romantic painter, Eugene Delacroix. Romanticism, in the fine arts, is a metaphor of the celebration of imagination. Delacroix had never seen such light of the blue African skyline. He made many sketches of the city as well as its people. His large canvas, The Fanatics of Tangier, remains one of his most celebrated masterpieces of all time.[1] At any rate, Tangier is a sort of muse for various writers not only painters. This paper tends to show to what extent Tangier could be a source of inspiration for creative writers mainly the Beat writers including Jack Kerouac, Allen Ginsberg and William S. Burroughs. It also lingers at the dimensional city of Interzone, which is based on the city of Tangier in Burroughs’s novel Naked Lunch.

The Beat writers occupy a high status in the American literary heritage. One cannot pass on the twentieth-century American literature without reading Kerouac’s On the Road, the disturbing poem of Howl by Ginsberg and Burroughs’s Naked Lunch. These works capture the Zeitgeist of the postmodern America. The Beats were rebels in the sense that they were not satisfied with what was happening in the post-war United States of America. Therefore, they tried to look for new ways of seeing the American life through their literary works.

What characterizes the Beat writers is their mobility from one place to another mainly Mexico, France and North Africa. Each one of them has his own experience in Tangier. Before the publication of his On the Road, Jack Kerouac had visited Burroughs in Tangier with Allen Ginsberg where they found him engaged in writing Naked Lunch. Moreover, the autobiographical novel of Kerouac, Desolation Angles, is set in multiple places including Tangier. Brion Gysin was a painter, poet and a writer who was often associated with the Beat Generation due to his impact on Burroughs especially with the cut-up method, which the latter used in writing his Nova Trilogy. Gysin and Burroughs met each other in Tangier in 1950’s where Gysin was running a local restaurant under the name of 1001 nights.[2]

The biographer of Burroughs, Ted Morgan, explains his tendency to Tangier. First, it is cheap. Second, the laissez faire attitude of the Moroccan government at that time encouraged foreigners to stay there. However, his primary reason behind paying a visit to Tangier is to meet writers such as Bowles and Gysin.[3] While writing about Burroughs’s life, Morgan states that during his voyage to London; the writer of Naked Lunch was fed up with the atmosphere there and missed Tangier where he can write and smoke drugs.[4] Metaphorically speaking, for Burroughs, Tangier was a kind Walden that inspired his writings. There he could feel at ease while writing his works. Besides, as Phil Paker states “Burroughs was now consuming a plenty of his home-made cannabis fudge or majoun … as well as smoking kif cigarettes”[5] this illustrates that Burroughs felt in love with tangier’s local culture and took as much as possible of all the drugs available there. At any rate, Burroughs relocation form the United States of America to Tangier must be seen as an exile since at home he was a “despised citizen, like a Jew in Nazi Germany, as Ginsberg puts it”[6]

In the introduction to his Naked Lunch, which was published in 1958, Burroughs writes that Jack Kerouac is the one who has suggested the title of his novel and it exactly means, “a frozen moment when everyone sees what is on the end of every fork”.[7] Burroughs explanation of the title of his Naked Lunch remains vague. However, there is no doubt it has connotations of drug addiction. Burroughs was a real junkie. He goes on writing “I have used junk in many forms: morphin, heroin, dilaudid, eukodol, pantopon, diocodid, diosane, opium, demerol, dolophine, and palfium…”[8]

Naked Lunch tells the story of William Lee, an alter ego of William S. Burroughs. The protagonist embarks on a hallucinatory journey of discovery and illusion starting from New York and Mexico to the dream like Tangier, Interzone. In this sense, Burroughs’s Naked Lunch is quite analogous with the novel of On the Road written by his fellow Beat novelist, Jack Kerouac. On the Road is about the character of Sal Paradise, an alter ego of Kerouac, who hits the road embarking on a journey across the United States.

There are a myriad of allusions to the city of Interzone in Burroughs’ Naked Lunch. However, they are nowhere intriguing as in the two chapters of “The market” and “Interzone”.

In the chapter of “The Market”, the narrator starts describing the panoramic view of Interzone. It is made of various races including “Negro, Polynesian, Mountain Mongol, Desert Nomad, Polyglot Near East, and Indians”[9] this combination of races is quite the same of Tangier as an international zone where different people coexist. At that time, Tangier was a melting pot. It a microcosm of the whole world itself. The narrator goes on to depicts Interzone’s landscapes and nature including its “Minarets, palms, mountains, jungle… a sluggish river jumping with vicious fish, vast weed-grown parks where boys lie in the grass, play cryptic games, not a locked door in the City.”[10] once again, one of the characteristics of Tangier is its strategic location where the Mediterranean Sea meets the Atlantic Ocean. Besides, due to its Mediterranean climate, Tangier has a various types of plants including palms as well as a multiplicity of jungles and rivers. Moreover, Tangier enjoys long mountains and hills spreading along the sea where Kasbahs are built.

The other chapter entitled “Interzone” provides the reader with more clues which emphasis the similarity the imaginary city of Interzone to Tangier. One of the most significant hints to the Moroccan city of Tangier is the allusion to an island which is under the British rule “the island was a British Military and Naval Station directly opposite the Zone” the island is quiet reminiscent of the English Gibraltar which is located between Spain and Tangier.

To conclude it would be better to state that Tangier is not only a city but also an international zone, where different people from various races get along. Furthermore, the postcolonial Tangier inspired a myriad of creative writers, painters as well as musicians to the extent that some writers such Burroughs, Kerouac and Bowles set their novels and short stories in this panoramic city. There are several indications that allude to the Moroccan Tangier in Burroughs masterpiece Naked Lunch especially the two chapter of “The Market” and “Interzone” including Burroughs’s descriptions of its people, nature and monuments. 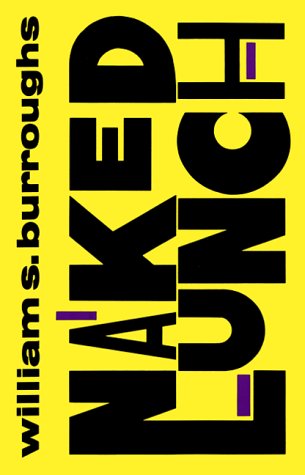