The joyous screams of the approaching children bounced off the walls. The man on the recliner opened his eyes, perturbed that his moment of slumber was rudely interrupted by those damn brats. Lt. Jonathon Perkins sighed as he sat up. He rose from the seat within the "living-room" (or, at least, what they felt a typical living room looked like) and tried to shake the sleep that still remained within him.

"Well," he mumbled. "This blasted show must go on."

He couldn’t stand the children. Those obnoxious beings pounded the glass with their appendages and uttered some ear-splitting screech. He pondered: were those arms or legs? He wasn't sure because they made so much of a racket for him to concentrate.

The echoes, punctuated by screeches, grew louder. He moved toward the transparent wall and peered down the hall that meandered between the numerous cells.

Soon, they will round the corner and stop by his cell. He was the main attraction, and that mattered to for these monsters -- as well as for his survival. They were a fearsome lot that had the power to vaporize him with their out-worldly weapons, if they chose to do so. That type of stuff had kept him in check.

But, their brand of retribution and savagery had worn thin on him. Years of captivity -- in which he learned a considerable amount about their culture -- had weaved out of the fear of the unknown. Now, It didn’t matter; he stopped fearing those kids and their parents. In fact, he was bored.

The guide rounded the corner and slithered toward the transparent wall. Seven kids soon appeared and stood in awe and fear when they saw Jonathon on the other side.

He came to the realization that they were afraid of him; they kept blinking the four flaps over their big, black diamond-shaped eyes as their body quivered. And, as usual they slapped their tentacle arms (or legs?) on the transparent wall. Jonathon cringed, irritated.

The Diam-Tentck (Diamond Tentacles), as they had been called when they first invaded Earth, used to scare the wits out of him. Now, he was amused to see their children, frightened as they stared at him.

The guide raised three of his tentacle arms, pointed at Jonathon and spoke in screeches and chirps to the children. Jonathon had picked up their language and knew what he was saying: “Here is the savage human -- once ruler of Earth – This the face of the beast you must avoid.”

After a few whines and blips, the Diam-Tentcks moved on. The show was over. Jonathon turned to his living room ( it looked more like a studio apartment unit with furniture). He dragged himself to the recliner plopped down on it, and hoped he'd get a good nap before the next tour of Diam-Tentck began.

In truth, as Jonathon realized, that these aliens were bent on wiping out the human race. They only wanted to keep a few around for experiments, enslavement or for induction into a cosmic zoo

As he rested, his mind flickered to a moment several years ago. That moment was when he thought about escaping.

Why escape? At one point, he thought he could join the underground resistance and eventually overthrow these alien invader. But, as the years marched on, those silly dreams seemingly faded away. These aliens were far more superior and advanced than any mere human could fathom.

Also, he knew things were terrible for humans living beyond the zoo's entrance. They were systematically being slaughtered, dissected and used in experiments, as he once witnessed before he was captured.

In truth, as Jonathon realized, that these aliens were bent on wiping out the human race. They only wanted to keep a few around for experiments, enslavement or for induction into a cosmic zoo. 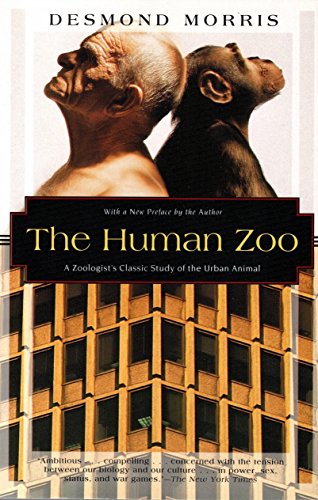