Write your ideas down before you forget! – Analysis of Dickinson’s No. 245

It doesn’t matter what you write: school papers, work reports, online content, or serious poetry and works of literature, I am sure you have run into this problem: you suddenly have a great idea; it comes out of nowhere, yet is surprisingly complete….but for some reason you do not write it down! You might be busy, you might be feeling blasé about your writing at that moment, or you might simply be half asleep. Whatever the reason, I am sure you tell yourself “Oh, it can wait till later!”. How many times have you done this, and then when “later” comes around, you can’t remember what you wanted to write? I don’t mean that your idea is completely gone, but that you can’t remember wording that you had planned or something that had seemed very special to you. You will probably finish your project at some point. But in all likelihood, you will always feel that it could have been better.

I have done this (and to a certain extent I probably still do). But I guess I shouldn’t beat myself up about it too bad, because I’m sure I’m not the only one. In fact, I truly feel Emily Dickinson made this mistake herself and even wrote a poem about it: No. 245, I held a Jewel in my fingers, written c. 1861.

This is solely my own interpretation and analysis. But I honestly feel I may have hit on something here:

I held a Jewel in my fingers –

And Went to sleep –

The day was warm and winds were prosy –

I woke – and chid my honest fingers,

The Gem was gone –

And now, an Amethyst remembrance

If you have ever created anything that you feel was truly inspired, you know what Dickinson meant by I held a Jewel in my fingers. An idea, particularly a new idea, feels like a gem. But Dickinson made the mistake of falling asleep because The day was warm and winds were prosy, and because she foolishly thought ‘Twill keep.

I had to look up the definition of prosy. It means a lack of imagination, and therefore Dickinson was probably suffering from a dislike of her work or was simply bored with life when this Jewel of an idea came.

But then she woke, The Gem, the idea, was gone. And now only a light remembrance of it remains.

I doubt what Emily Dickinson wrote had much to do with poem No. 245 itself. However, it most certainly seems – to me at least – that this may have been an illustration of a mistake she had made with past poems: She didn’t write the idea down. She let herself go to sleep, either literally or figuratively, and then found herself unable to complete what was now gone. 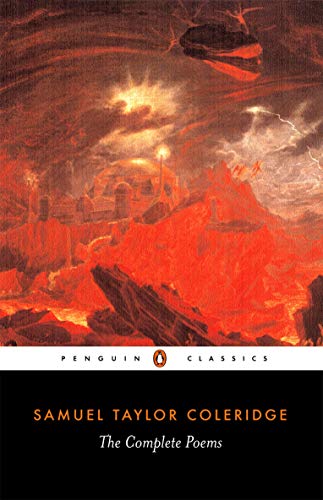 Coleridge made this mistake too

In all fairness, it should be admitted that writer’s block was the main reason why Christabel by Samuel Taylor Coleridge was never completed. The poem was meant to have three parts: the first two were written at separate times and the third never came into existence. Coleridge himself admitted – in not so many words – that he would have had a better chance of finishing the whole thing if he had simply sat his butt down to write:

The first part of the following poem was written in the year 1797…The second part in the year 1800. It is probable that if the poem had been finished at either of the former periods, or if even the first and second parts had been published in the year 1800, the impression of its originality would have been much greater than I dare at present expect. But for this I have only my own indolence to blame.

– Coleridge’s preface to an 1800s edition of his poems.

I should also add that there is a big difference between Coleridge’s inability to finish Christabel, and his inability to finish Kubla Khan. What little we have of Kubla Khan was written when Coleridge was coming down from a drug high. It was intended to be a much longer poem, but Coleridge was interrupted and by the time he could go back to writing, his head had cleared and he couldn’t remember what he intended to write. Christabel, on the other hand, was a victim of his indolence. Indolence, by the way, means that you are not working because you are bored or disgusted with your occupation.

And the moral of the story is…

Write your ideas down! Even if it is just one sentence, even if you write something that doesn’t make much sense, WRITE IT DOWN. You may not remember it later on if you don’t. Carry a notebook around with you. Many writers prefer Moleskine notebooks because they are small and bendable (and also because the company has spent a lot of money marketing the idea that Moleskines are “the notebooks of artists”); but any small notebook will do. If all else fails, just fold up a piece of notepaper and keep it in your pocket. Figure out what works for you, but don’t risk waking up later on and finding that your Gem is gone.