It is not often in these days of internet media, TV and film that a comic book sells out its first issue on the day it is released. Consider especially that is not from the stables of Marvel or DC, nor featuring any of your well known superheroes.

The said comic book mini-series then goes from strength to strength and its first 6 issue mini-series garners critical and commercial acclaim. The writer and artist team up get nominated for 2009 Eisner Awards ( The prestigious Comics/Graphics Novel Oscars!) and then go on to win the British Fantasy Award in 2009 for best comic series/ Graphic novel category.

Now you don’t need me to tell you that this means quality. The pedigree speaks for itself. However, you may be a literary snob not wanting to sully your fingers on a comic. You may feel comics are for little boys and girls and why would anyone want to read something with pictures. Or you may want be a convert but haven’t yet encountered the joys of good writing, great artwork and a gripping fresh storyline worthy of any good novel within the covers of a comic. Then you have come to the right place, for I am about to try to convince you to go and read Locke & Key.

Locke & Key was published by IDW publishing in February 20, 2008. It is written by Joe Hill and drawn by Gabriel Rodriguez with loving attention. Joe Hill is already making waves in the genre world. His books ‘Heart shaped Box’ and ‘Horns’ both genre bestsellers were excellent gothic horror but more importantly they are a gripping read showing a brand new writing talent to watch for. He has also published a collection called ‘21st century ghosts’ – this features many of his short work that have garnered critical acclaim and many awards ranging from sci-fi, fantasy and horror. While his talent is his own, he probably wouldn’t be able to shake off his father’s shadow that easily.

For Joe Hill is the pen name of Joseph Hillstrom King and he is the son of someone you may have heard in the passing, author and best seller extraordinaire: Stephen King.

Gabriel Rodriguez came into the comic scene with Clive Barker’s The Great and secret show and has also drawn the comic book adaptation of the ‘Beowulf’ movie. But it is Locke & Key that has catapulted him into the superstar ranks. It is not often the comic you have drawn leaps into the second place in the NY times Best seller list for comics and Graphic Novels ( Locke & Key: Crown of Shadows # 2)

The first story arc comprised of 6 issues called ‘Welcome to Lovecraft’ (February – July 2008) and they serve as a gripping introduction and set the scene for what is to follow - a three act story line. The second arc of Act One began with ‘Head games’ in January 2009 - this also had six issues but the first and the sixth were kind of standalone stories called ‘Intermission’ and ‘The Joe Ridgeway Story’ respectively. This set ended in July 2009.

The first arc of Act two is the six issue run ‘Crown of Shadows’ and this ran from November 2009 to July 2010.

The first arc of Act Three ran from July 2011 until May 2012 and was called 'Clockworks' and was again a 6 issue run.

Without giving too much away ( you have to discover the twists and turns of the tale yourself), the story begins with Tyler, Kinsey and Bode Locke relocating with their Widowed mother to the large and rambling Keyhouse estate in Lovecraft, Massachusetts. Their father was murdered gruesomely by two teenage boys. One of whom, Sam Lesser, is locked up in a detention center but plots his escape guided by a strange, supernatural force that communicates with him through water.

While exploring the house, the youngest, Bode, comes across a strangely shaped Key that unlocks the ‘Ghost door’ through which you go to shed your body and can travel around in spirit form. Things escalate as the Sam Lesser escapes and journeys across to track down the Locke family culminating in a gripping finale. The family discovers that their troubles are far from over and that their destiny is inextricably linked to that of the Keyhouse. The estate has other doors and other keys...

This is the outline of the first story arc ‘Welcome to Lovecraft’ further twists follow in the subsequent acts. There are shocking deaths, murderous spirits, more doors and keys and the story slowly unravels with more layers and back stories. As a piece of fiction, it is richly detailed, layered and the dialogue sparkles. The characters are well drawn and three dimensional and not at all like cardboard silhouettes that you may encounter in some graphic novels.

You will come to love the trials of tribulations of Tyler, Kinsey and Bode along with their mother and their uncle. The intrigue extends into their school and its teachers and there is a dark memory from the past that is threatening to seep into their present lives.

Gabriel Rodriguez’s art is rich and atmospheric and has right tonal variation required imparting the Gothic themes and harsh twists that befall the Locke family. The key house is drawn magnificently but I particularly love all the different keys that one needs to find to unlock the estates secrets. The characters are unique and from the tired single mothers wine soaked visage to Bode’s curiosity shimmering in his large shiny eyes, they leap off the paper and right into your imagination. Admittedly these are adult themes and it is recommended for mature readers.

The wide number of characters retain their identity yet Gabriel's artwork is unique and distinguishable. There is a manga like quality to the eyes yet they are full of expression showing sadness, joy, horror, humour and mischief. The massachusetts landscape is lovingly rendered. There is quite a bit of violence in the comic (not more than you encounter in an average film these days) and the bloodsoaked pages are rendered in startling detail.

The covers are a dream. They have such exceptional colour schemes, themes and the glossy finish adds to the detail. IDW have done themselves proud with this one. The last time I got excited about such author- artist combination was when Garth Ennis teamed with Steve Dillon for The Preacher and the Neil Gaiman & Dave Mckean pairing for Coraline. 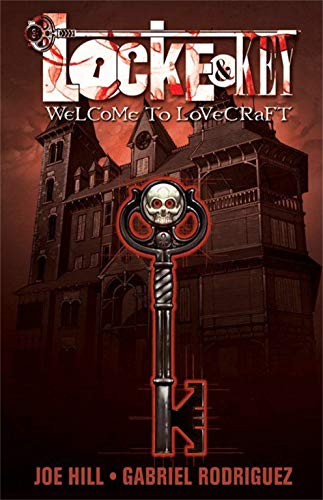 IDW publishing has a triumph in their hands. It has been selling out like hot cakes and the two compilations ‘Welcome to Lovecraft’ and ‘Head Games’ came out in hard back and are selling vigorously. Film rights were sold, debated and now it is rumoured that DreamWorks have the rights to the story.

Under the capable support of Steven Spielberg it is said that the storyline will be adapted for a TV series and a pilot has been planned by Fox TV network. Joe Hill says on his website that he is excited about the planned colloboration with superstar screenwriters Alex Kurtzman and Roberto Orci ( Star Trek, Transformers, Cowboys & Aliens, Fringe, Firefly etc.)

The pilot is planned to be aired in 2011 and I can't wait to see what the team are going to conjure up on the smallscreen.

So go on what are you waiting for... Have I not convinced you enough?

If not, You may need your head examined- preferably with a key.

Thank you for your time and hope you enjoyed this hub.

Please leave some comments below as it is nice to know what you think. If you like this and think others will too, do share on Facebook and Twitter or other sites using the buttons below and don't forget to vote !

Do visit often and read the other hubs if you like the writing. There's plenty to entertain you! 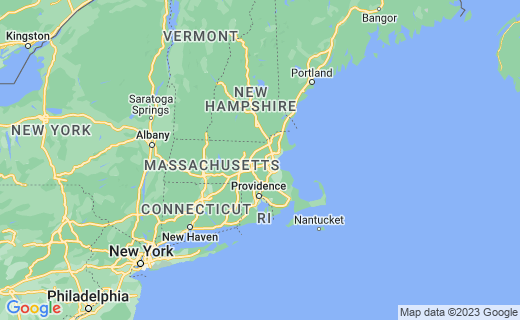