An Enduring Work by Dylan Thomas

What is A Child's Christmas in Wales?

A Child's Christmas in Wales is a lengthy poem written by the short-lived Welsh writer Dylan Thomas. The poem told from the viewpoint of a young boy, is a memoir in the anecdotal form of one Christmas or many merged. It is often romanticized as a version of Christmases past, portraying a nostalgic and simpler time, perhaps of Thomas' boyhood or one he would have liked to enjoy. A Child's Christmas in Wales is one of Thomas' most famous works. The poem started as a piece written for radio which Thomas rewrote many times. Thomas first recorded his work in 1952 in the U.S.

A Child's Christmas in Wales is chock-full of beautiful words woven into imaginative anecdotes. A stunning example is the opening lines of the poem which set the stage for this dramatic creation. "One Christmas was so much like another, in those years around the sea-town corner now and out of all sound except the distant speaking of the voices I some times hear a moment before sleep, that I can never remember whether it snowed for six days and six nights when I was twelve or whether it snowed for twelve days and twelve nights when I was six."

Life and Times of Dylan Thomas

Thomas recorded A Child’s Christmas in Wales in the United States for Caedmon Audio which launched the audiobook industry in the U.S.

Christmas Crackers are a Favorite Tradition in the UK

Some of the Many Publications of "A Child's Christmas in Wales"

A Child's Christmas in Wales - Collectible Books and Recordings

A sampling of the narrative spoken by a variety of readers including Dylan Thomas.

"A Child's Christmas in Wales" - Books to Buy and Collect

A Child's Christmas in Wales
Fascinating illustrations by Edward Ardizzone who was born October 16, 1900 in Haiphong, French Indochina (now Vietnam) and moved to England when he was five years old. He wrote and illustrated the story of Little Tim and the Brave Sea Captain for his own children; Oxford University Press published it in 1935 with great success. This book led to several more in the popular "Tim" series. Ardizzone won the first Kate Greenaway Medal in 1956 for Tim All Alone and was named Commander, Order of British Empire in 1971. He died in 1979. Published by both British and American publishers.
Buy Now 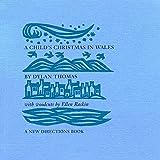 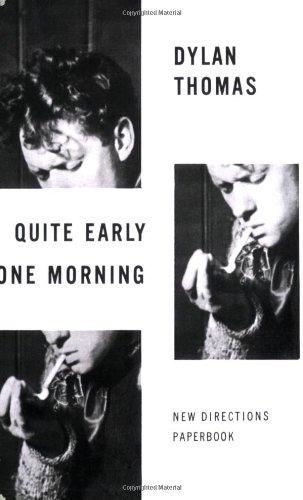 Quite Early One Morning: Stories
A compilation of Thomas' sessions at the BBC including his poems in prose and in verse. 240 pages (Tenth Edition, December 1, 1968); Publisher: New Directions Publishing Corporation; English.
Buy Now

A Child's Christmas in Wales - Read by Dylan Thomas

Do Your Read Aloud to the Children in Your Life?

"A Child's Christmas in Wales" - Video

A Child's Christmas in Wales
A well-acted and lovely photographed movie first viewed on PBS. Filmed on location in a small Welsh village, where on Christmas Eve, Old Geraint (Elliott, Denholm) shares his stories and memories with his beloved grandson, Thomas. This version is Region 1 (U.S. and Canada only.)
Buy Now

What is Your Favorite read Aloud Christmas Story?

Thoughts About Holidays and Reading Aloud