But, first check out these interesting articles about Christian novels:

A popular genre of Christian novels has been the Biblical novel. Books of Biblical fiction are called Biblical novels, but are also classified as historical novels set in Bible times. For more, check out this hub.

1.The Robe by LLoyd C. Douglas

This is a novel about a Roman Soldier who was involved in the crucifixion of Jesus. It is a well written and intriguing story of the effect of the death of Christ on one of the Roman soldiers, but has one fault: it gives magical power to the robe Jesus wore. This goes against the clear teaching of the Bible. So, I don't recommend it, but if you really want to read it, you can find it online.

2. Ben Hur - A Tale of the Christ by Lew Walice

The epic fictional story of an Israelite named Judah Ben Hur and his encounters with Jesus the Christ. It's a classic in it's own right. Yet, it poses an extra-biblical miracle, the healing of the heroe's relatives by the blood of Jesus from the cross

Ben-Hur: A Tale of the Christ, Complete and Unabridged
.
Buy Now

3. (My first novel) "Of Such Is The Kingdom, A Novel of Biblical Times:"

It's a powerful blending of stories of seekers who might have lived in the time of the Christ, told with a unique writing style, which combines poetry, straight dialogue and 1st person stream-of-consciousness narrative with the 3rd person narration.
Unlike the first one above, It poses NO extra-Biblical miracles, but does pose the existence of non-conformists..

For more on my unique Biblical novel, check out this hub:

Of Such Is the Kingdom: A Novel of Biblical Times in Three Parts
Buy Now

Like Part III of my Biblical novel above, this novel deals with the early Church, but unlike my novel, and like the first two listed above, this one does pose extra-Biblical miracles, mainly attributing miraculous power to the chalice (the cup from the last supper). One of the main characters in this novel is Simon the Magician.

Non-Biblical Christian Historical Novels--by that, I don't mean novels that are contrary to the Bible. What I mean is novels that are NOT set in Bible times, but are set in other eras of history. .

My newest novel is a prime example, as it covers the years 1860 to 1909. It's a historical fiction novel, detailing the lives of H.W.Longfellow, his son, Charles, and Mark Twain. What do the lives of these three historical figures have in common? The answer is that both of their lives contained terrible tragedies from which they eventually found real hope and spiritual meaning-at least in this novel. This book is about one little sermon and one, even littler poem, and how, fictionally, they may have influenced and given hope to, not only the author of the poem, Henry W. Longfellow, but also his son, Charles, and Mark Twain, whom Charles meets. Though suffering tragic losses, these all eventually find hope and spiritual fulfilment.

For more on this novel, check out this hub:

The Christmas Victory: A Gem of a Sermon, All Wrapped Up in a Historical Novel
Buy Now

View the old west from a Christian perspective. Janette Oke is today's leading author of inspirational fiction. The faith of these women characters as they struggle against the background of the wild west, can touch the heart of any reader. Her books have now been made into movies for television and I have seen most of them and thoroughly enjoyed them. They give an accurate picture of the old west while conveying the Christian message and values.

Science fiction and fantasy is a genre which stretches the imagination of the reader as it takes him or her out of the realm of the real into a world where all is possible. To find this type of writing with a Christian view or message is truly refreshing. To some, it may even seem like a contradiction at first--If the world the reader is reading about is known to be unreal, how can he be expected to believe the truth the author is trying to present? Yet, I find it does work. The unreality breaks down barriers and makes the reader more receptive to truth. I offer the following examples, including my own sci-fi novel, which I list last.

C.S.Lewis, aside from being an outspoken spokesman for Christianity is a really great fiction writer and he wrote a really great Christian sci-fi trilogy. I thoroughly enjoyed reading all three books as a teenager. He makes you actually believe that there could be life on other planets.

Get all 3 Sci-fi classics in one place.

[From Amazon:] Now C.S. Lewis's classic trio of fantasy tales is in one convenient volume! Called to join the universal battle of good vs. evil, Dr. Elwin Ransom, a renowned scholar, fights demonic forces with the help of heavenly messengers. Follow his out-of-this-world adventures in Out of the Silent Planet, Perelandra, and That Hideous Strength 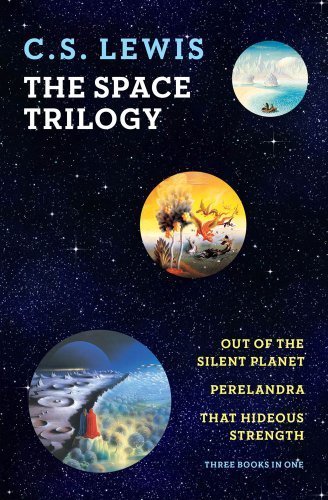 The Space Trilogy (Out of the Silent Planet, Perelandra, That Hideous Strength) by C.S. Lewis (2011) Paperback
Buy Now

8. (My 2nd novel) Impossible Journey, A Tale of Times and Truth:

It's truly a Sci-fi (specifically time-travel) novel with a purpose!
What do these historical eras have in common: 1) the California gold rush, 2) early colonial America, 3) the Renaissance, 4) the Reformation, 5) the time of Camelot and 6) the Roman era? They all contain valuable lessons which point to ultimate truth. What do a group of future scientists from all over the world have in common? A desire for truth, hope for a bright future and a belief in a Divine being of some sort. Put all the above elements together and you have an explosive formula for a great sci-fi adventure novel, which serves as a great tool for presenting the gospel.. The scientists decide to try to time-travel back to Eden in order to prevent the fall of man and thus put an end to all sin, sickness, and disease. They manage to gain backing from a wealthy financier. But they can only go back 200 years, more or less, at a time and will have to make repairs to the time cylinder at every stop, At one point, they are pulled forward unexpectedly to a future time of trouble, where robots serve and forced to fight in a senseless war. Will they escape? And will they ever come to realize the real end and purpose of their mission?

For more on this novel, check out this hub:

Or purchase it now from Amazon for only $6.92 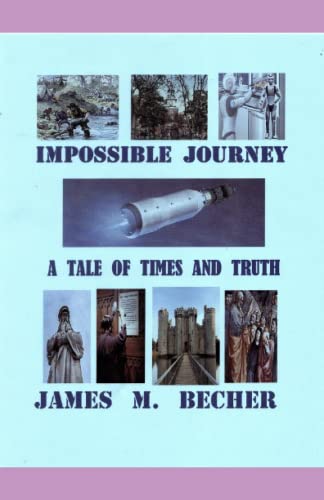 Impossible Journey: A Tale of Times and Truth
Buy Now

The two works listed above are classed as Sci-fi (science fiction) . The one listed below is fantasy. The difference is that Sci-fi at least has some basis In scientific fact, while fantasy is based on pure imagination, often picturing a completely made-up world. The one below purposes to be based on theological fact, but that is open to debate.

9. The Shack - (A Theological fantasy)

Mackenzie Allen Philip's youngest daughter, Missy, has been abducted and evidence that she may have been brutally murdered is found in an abandoned shack deep in the Oregon wilderness. Four years later, in the midst of his Great Sadness, Mack receives a suspicious note, apparently from God, inviting him back to that shack for a weekend. Against his better judgment he goes. What he finds there will change Mack's world forever. THE SHACK wrestles with the timeless question: Where is God in a world so filled with unspeakable pain? The answers Mack gets will astound you and perhaps transform you as much as it did him.

For more on this controversial novel check out this hub:

(Novels of the rapture and beyond)

A separate genre of Christian fiction would be end time fiction or end time novels. These are novels about what will take place in the future, primarily, novels of the rapture and beyond.

10. In the Twinkling of an Eye

If you have a chance to get your hands on a copy of this gem of a book, I highly recommend you do so. I believe this book was written in 1918, and it is very interesting to read a story of the rapture that was written so long ago. Set in London, the language and writing style is definitely from that time period, and the little tidbits about horse-drawn cabs, lighting lanterns when going into houses, etc. really add to the feel and charm of this book. One reviewer says: "Reading this book was an incredible experience for me. As a new Christian, I learned many things about the second coming of Christ. It could happen in the twinkling of an eye. Not only did the book give me new information, it is also a beautiful story of love. I am sorry to see it is no longer in print. Everyone should have the opportunity to read In The Twinkling of an Eye'".

This popular fiction series also looks at the rapture from the viewpoint of those left behind. The series goes beyond the rapture to cover all post-rapture events prophesied in the Bible. Set 1 consists of the first five books in the series. From the synopsis of the first book: "An airborne Boeing 747 is headed to London when, without any warning, passengers mysteriously disappear from their seats. Terror and chaos slowly spread not only through the plane but also worldwide as unusual events continue to unfold. For those who have been left behind, the apocalypse has just begun." And it goes on from there.

There are some Christian novels that can only be classed as thrillers since they take what we know from the Bible to be real and create scary situations. One author who does this is Frank Peretti. His two novels "This Present Darkness" and "Piercing the Darkness" are prime examples.[From Amazon:] "The two #1-selling novels that have captivated millions... now...together in one volume.This Present Darkness takes place in the typical small town of Ashton where nothing much ever seems to happen. Until... a skeptical reporter and a prayerful pastor begin to compare notes. They suddenly find themselves fighting a hideous New Age plot to subjugate the townspeople, and eventually the entire human race.The battle against evil continues in Piercing the Darkness, where a young loner fleeing for her life while trying to recall her dark past takes refuge in the tiny farming community of Bacon's Corner. There she finds herself caught up in the middle of bizarre events.from an attempted murder to a ruthless lawsuit against a struggling Christian school.".. I concur completely. I read these novels some time ago and was glued to my seat. They are truly great Christian entertainment as well as conveying a timely message --JMB

12. This Present Darkness and Piercing the darkness - (2 Christian thrillers in one volume)

This Present Darkness and Piercing the Darkness
Buy Now