Barack Obama was setting out his vision for America's future for many years, before he even decided to run for President. These are a few of the books by and about President Obama.

If you are enjoying President Obama's re-election as much as I am, you will enjoy these books.

One thing that struck me when researching this lens was that there are LOADS of books knocking President Obama. People are making money out of hating, I mean, Obama-hating is an INDUSTRY. This goes beyond politics.

However, none of those books are included here.

When so many people are trying to stop you, you know you must be doing something right.

The Audacity of Hope

The Audacity of Hope describes Barack Obama's vision for the nation.

The Audacity of Hope: Thoughts on Reclaiming the American Dream
Buy Now 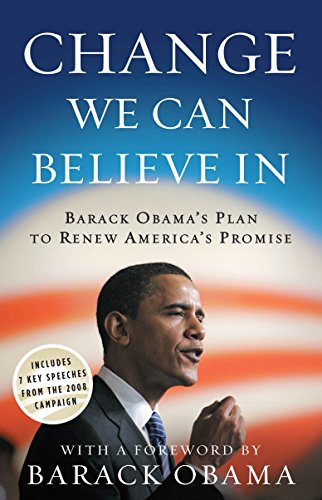 Change We Can Believe In: Barack Obama's Plan to Renew America's Promise
In Change We Can Believe In, Barack Obama set out his plan for America's future. He talked about flawed policies and leadership, and the need for change. Many of the same charges were levelled against the President during his first term of office. It's useful to revisit his original vision.
Buy Now

The Books President Obama Reads
Here you will discover all the books and authors that have contributed to the shaping of President Barack Obama. These are the books that have been Obama's l...

President Barack Obama Lapbook
Celebrate President's Day or Black History Month (or both!) with a study of our current president -- Barack Obama! Read about our 44th president and make a ...

President Barack Obama Restoring America one day at a time!
I started this Obama lens before he was elected President. And I respect him every bit as much today as I did when I started it. Even more really, because I ...