The Abduction That Changed America

Bringing Adam Home is a gripping and greatly detailed account of what it took to bring closure to a horrific crime that should not have taken decades to solve!

In 1981 there was no National Center for Missing and Exploited Children and no Amber Alerts. the federal database for crimes against children, and the pedophile registry, did not exist. The faces of missing children did not appear on milk cartons. It was a simpler time when children played outside all day and the only reminder from mothers was "be home in time for dinner." Those days are gone forever!

The abduction and murder of 6-year-old Adam Walsh radically changed America's innocence and, along with it, our ideas about childhood. This is Adam's story and that of the family who loved him.

*MY Disclaimer: Don't be surprised if you find that parts of this story makes you angry and cry. Reve & John Walsh should not have had to wait more than a quarter of a century to find 'justice' and 'closure' in the death of their son.

True-Crime Book that details the hunt for Adam Walsh's killer.

On July 27, 1981, 6-year-old Adam Walsh was abducted from a Sears department store at the Hollywood Mall in Hollywood, Florida, and later found murdered and decapitated. Convicted serial killer Ottis Toole confessed to the boy's murder but was never tried for the crime.

Bringing Adam Home is "a riveting account of a child abduction and murder that went unsolved for twenty-seven years." It is both an unsettling expose of police incompetence and a portrait of an extraordinary and dedicated detective."

Two years after Adam's death Ottis Toole, an illiterate arsonist and later convicted serial killer, admitted to kidnapping and killing Adam Walsh during questioning about a series of unsolved murders. Toole later recanted his confession, then again admitted it several times. He stated once that the reason he took Adam was because he "wanted to take him home to raise him as his own little child." Later, he decided Adam could identify him, so he killed him.

Through a series of events caused by failed police work, involving lack of documentation and the correct gathering of physical evidence, an arrest warrant was somehow never issued and Ottis Toole was not charged.

This is despite the following facts:

Ottis Toole died in prison of liver failure in 1996 at the age of 49. Twenty-Seven years after Adam's murder, Toole was posthumously identified as the murderer of Adam Walsh.

To close the case of the abduction and murder of Adam Walsh?

The Hollywood, Florida Police Department is, and has always been, well-respected. It just happened that the wrong detective was assigned as the lead investigator and there was no proper supervision. The detective became very territorial and refused to consider others' input that would have led to a conviction and trial 25 years earlier. Nothing would have prevented the abduction, but If someone else had been assigned to that case, the Adam Walsh case most likely would have been solved at the time.

"Joe Matthews has put aside all the politics, jealousy, and years of mistakes to prove without a doubt the identity of the killer of Adam Walsh. This ought to be required reading for every cop in America."

Closed the Case on who killed Adam!

At the request of the parents in February, 2006, twenty-five years after Adam's death, Joe Matthews began a re-investigation of the case involving Adam Walsh. Two years and nine months later, Joe produced a 10,000 page report after painstakingly reviewing every scrap of information in the original case file. Evidence was found that had never been recorded or looked at by original investigators, to find positive proof that Ottis Toole committed the crime.

After the publication of this book, when asked in an interview how it felt to solve this case, Joe replied: "I had a lot of personal satisfaction in giving John and Reve [Walsh] the answers they really wanted and the justice they deserved."

Les Standiford is the author of the critically acclaimed "Last Train to Paradise", "Meet You in Hell", and "Washington Burning", as well as ten novels. Recipient of the Frank O'Connor Award for Short Fiction, he is director of the Creative Writing Program at Florida International University in Miami, where he lives with his wife and three children.

Bringing Adam Home was written in conjunction with Det. Sgt. Joe Matthews, a former Sergeant of Detectives and a 29-year veteran of the Miami Beach PD. He was named Miami-Dade Officer of the Year in 1992.

"Det. Sgt. Joe Matthews, a thirty-year veteran of the Miami Beach Police Department, is a former Miami-Dade County Police Officer of the Year, credited with solving the infamous Baby Lollipop homicide, among many others. He is the founder and CEO of DNA LifePrint, Inc., a corporate-sponsored, national child-safety program. He also heads his own consulting firm, advising the media, the academic community, public safety organizations, and the private sector on security issues, investigation techniques, and cold-case homicides."

Your opinion about books such as "Bringing Adam Home" 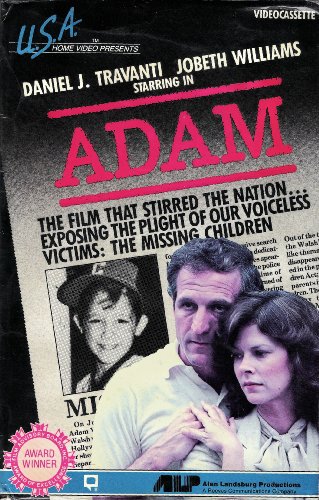 Adam (1983 TV-movie) [VHS]
John & Reva Walsh agreed to the filming of the 'made-for-TV' movie about what happened to their son, Adam, to bring awareness to 'child abduction' cases and what can be done.
Buy Now

In this aptly titled book, John Walsh, the grieving father of Adam, went on to host TV's "America's Most Wanted." He wrote this autobiography to bring attention to the fact that his life, at the time of publication, was really only driven by one thing: the still-unsolved 1981 abduction and murder of his 6-year-old son, Adam. That crime has since been solved... 27 years later! 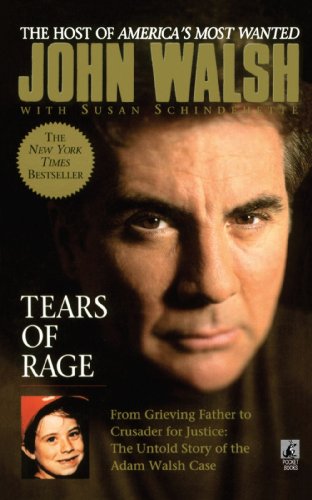 The long-running television show "America's Most Wanted" premiered in 1988. For 23 years, AMW had just one purpose -- to profile and assist law enforcement in the apprehension of fugitives wanted for various crimes, including murder. By May 26, 2011, 1,153 people had been captured because of AMW.

In June 2011, Fox cancelled the show and LIfetime carried it until March 2013 when it was cancelled due to high royalties having to be paid to Fox.

*Image is of the Logo of the long-running television show "America's Most Wanted". It is presented here under a "Fair Use" exclusion of the copyright law for story-telling purposes only to aid in the review of the book "Bringing Adam Home". It is otherwise protected by copyright.

John Walsh was chosen to host the program because of his work toward getting the National Center for Missing and Exploited Children act established in 1984 after the death of his son, Adam. Reve and John Walsh had become advocates for the transformation of law enforcement's response to and handling of missing children cases.

In addition to the impressive number of fugitives captured, including eleven on the FBI's 'Most Wanted' list, AMW has aided in the recovery of twenty missing children and scores of child molesters have been apprehended.

The Hunt with John Walsh

After the cancellation of America's Most Wanted, John Walsh began a new series which profiles unsolved crime stories as told by witnesses and law enforcement officials with re-enactments.

A picture of the person or persons involved are shown along with a number to call if they have any information or leads on the subject featured on the program.

Someday, perhaps, there will never be another sad case like 'Adam Walsh'

In December, 2008, after the conclusion of Adam's case was announced in a news conference, a reporter wrote in a follow-up article. . .

"If people hold their kids a little bit closer in crowded stores these days, thank the Walshes!"

Have you read 'Bringing Adam Home'?