Do you think greek mythology is interesting?

Through the labyrinthine corridors of ancient Greek mythology, strange and enigmatic presences often emerge on surface (Minotaur). Such presences are inconsistent with the aesthetics of ancient Greeks. Many times they are causing a lot of questions about the existence and the origin of such mythology.

One of the most enigmatic creature of ancient Greek mythology is Centaur. Half man and half horse who allegedly lived on the mountain Pelion in Magnesia.

The Centaurs were not thrown in the dark basements, like Minotaur of Crete, but they often acquired special position among the ancient Greek demigods and heroes, even assuming the role of a teacher, as by an example of Centaur known as Chiron.

Generally ancient Greek mythology is known for its particular tendency towards the anthropomorphism and the overdeveloped sense of proportion and harmony, which actually distinguishes the presence of Centaurs with the entire Greek ways and aesthetics. So, among the anthropomorphic images of the Olympian gods, demigods and heroes, whose appearances touch the perfection, some bizarre forms are emerged, the lower part of the body taken from the animal kingdom and the upper taken from the human race.A strange union of two completely different creatures.

Greek mythology reserved a prominent role in history to Centaurs, role like the one of Centaur Cheron. What were Centaurs really, and how these strange creatures, half men and half horses managed to fit into such naturalness created by ancient Greeks; the worshipers of the beauty and the harmony?

Were centaurs just creations of the imagination or they really had a historical presence in a given moment? What were Centaurs and what was their true nature? Did they represent a pure symbolic form, and if so, what they supposed to symbolize? By analyzing the evidences given us by mythology, we will try to see how such strange creatures managed to penetrate the Greek mythology.

According to the myths, the Centaurs were a race of "monstrous" beings, they had human heads, torsos and arms, while the middle and lower body parts were those of horse's. They lived wild and free in the forests of the mountain Pelion of Magnesia in ancient Thessaly.

It is rumored that Centaurs are descended of Ixion, the son of Flegya, the king of Lapiths. The legend says that Ixion showing an example of his horrible character killed the parents of his wife.

He appeared to Zeus, who agreed to purify him from the "defilement" of the murder that was hunting his soul. In fact the king of the gods liked him so much that he invited him to a divine meal at Olympus, where Ixion got drunk and ignoring the divine invitation tried to seduce Hera.

Ixion assumed that she would consent to his "appetites" and she would take advantage of the opportunity to revenge Zeus for his frequent infidelities. Zeus, however, guessing the intentions of Ixion gave a shape of Hera to a cloud, but Ixion, too drunk to understand it , had a sexual intercourse with the "Cloud Hera". Zeus caught him during the intercourse and commanded to whip him mercilessly until he repeats the phrase: "We must honor our benefactors."

Then he tied him to a fiery wheel that revolved perpetually in heaven. Fake Hera after the intercourse with Ixion was named Nephele (cloud) and gave a birth to a child who was dimorphic and called Centaur. Centaur himself had sexual contacts with the mares of Magnesia, thus brought the birth to an equine race with body from the waist down and human from the waist up.

Centaurs mostly became very well known from the conflict with their neighbors the Lapiths, both sides shared hatred, although they had the same ancestor, the king Ixion. When another king of Lapiths, Peirithos, invited centaurs to his wedding, they were unable to control themselves. After having too much wine they followed the example of their ancestor Ixion and tried to rape both the bride and the young boys who attended the wedding. The description of their behavior on one hand shows that they were genuine descendants of Ixion since Centaurs exactly imitated his actions, on the other hand it indicates the semi-wild state in which the race was living.

According to the mythology, after the wedding incident, followed the battle between the Centaurs and the Lapiths, a battle that lasted until the night when Centaurs were defeated. The assistant of Lapiths in this war was the Athenian king Theseus, who after winning, got for himself and for his allies the Centaurs Lands by chasing the race into the area near the mountain Pindos.

Centaurs were forced to flee Pelion. Horselike creatures regrouped their forces and invaded into the region belonged to Lapiths, they managed to defeat and massacre the local population and forced those who survived to settle in Foloi of Elis, near Malea.

The incident of brutal sexual abuse mentioned above is not the only one incident but there are many others mentioned in the pages of Greek mythology such as the attempt of rape of Atalantis and Deianira by a Centaur named Nessie. This Centaur, always according to the mythology, was the direct son of Ixion. He fought against Heracles in Foloi, but managed to escape the death.

But one day they met again, Hercules was with Deianira, the woman Nessie attempted to rape, following the habits of the Centaurs. There was a fight between Nessus and the demigod, in which a Centaur was mortally wounded. As he was dying he left a potion to Deianira and told her that if she drops it on the clothes of Hercules, he would love her madly. Believing in his words Deianira did what Nessus told her, which led to the death of Hercules, because the potion actually was a poison. Remorseful for her actions , she committed suicide.

Attempted rape of Centaur Nessus against Deianira reminds the scenes from the wedding, and the other story where Theseus saved Hippodameia from a rapist Centaur named Eurytion. Other fact is that according, to the myths, the Centaurs are directly responsible of the death of Hercules, as we have seen above, which is mentioned in several incidents associated with Hercules and his labors.The demigod many times fought with them and defeated them.

Typical is the story of a Centaur named Foloi, who lived in the Peloponnese Foloi, known as the son of a centaur Silen and a nymph who lived in linden trees. When the hero (Hercules) went to kill the Erymanthian boar, centaur Foloi hosted him in his cave and offered a lunch with grilled meat for Hercules but raw for himself. Foloi dared to open and taste the wine jar that he was guarding in the cave and which, according to the legend was the common property of all the Centaurs, given to them by the God Dionysus four generations earlier.

The other centaurs, smelled the wine and invaded the cave with huge rocks, trees and torches. Hercules, defending Foloi, fought the invaders with a barrage of hot coals, which he hurled against them. From the very first battle two Centaurs were killed, Anchios and Agrios, it is said that mythical grandmother, Nefeli, in order to save the rest, created a heavy rain. The result of the rain loosen the strings on the bow of Hercules and soil started to slide making the hero lose his stability. Nevertheless our hero managed to kill more centaurs, including Orio and Ilaio. Other centaurs fled and took a refuge in Malea, near their king, the famous Chiron.

In this battle he accidentally was wounded as well by an arrow of the demigod Hercules. After the defeat centaurs scattered in various parts of Greece. Some under the command of Evrytriona went to Foloi, others with Nessos to the River Evinos, some remained in the mountains of Malea, and some traveled to Sicily, where they were killed by the Sirens. The presence of the Centaurs in Malea based on local tradition is already mentioned.

So no one knows how Centaurs appeared in greek mythology among the perfect gods and heroes. The truth is that myths about them are still an interesting subject to read and discuss. Probably they represented the oposite of those perfect gods or maybe they represent the true face of some people. Maybe they had come to create a balance in the land of Heroes, representing evil, representing the oposite of demigods.... 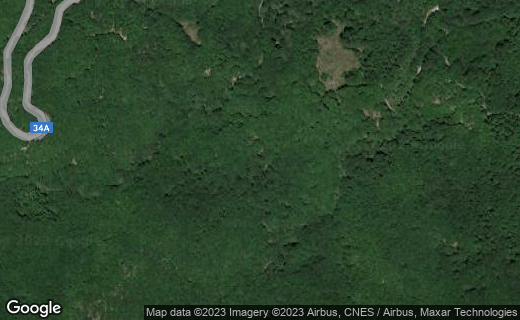 Check out my other articles