Children's books translated into Latin are a fabulous educational gift.

I received a copy of Winnie Ille Pu (a translation of Winnie the Pooh) while studying Latin in high school. It helped me practice because it was fun-- and very funny!

There are a number of famous and beloved children's books in Latin out there for kids. They make great gag gifts for erudite adults with a sense of humor, too! 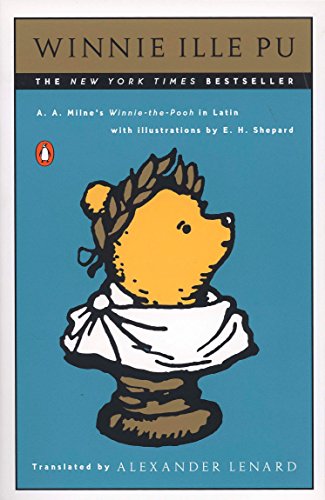 Not only has Alexander Leonard translated Winnie the Pooh into Augustan Age Latin, not only has he slipped in phrases borrowed from classical authors, but also, he managed to commission illustrator E.H. Shepard to pen a few classical illustrations of our old friends from the Silva C. Jugerum (Hundred Acre Woods). Shepard was the illustrator for A.A. Milne's original Winnie the Pooh books.

Winnie Ille Pu would be hard going for any student who hasn't reached the A.P. Latin level, except for two things. First, as it is a children's book, it employs repetition and simple syntax which make for easier reading than windbags like dear old Cicero. Second, a child can sit with the original text and the Latin side by side, plus a dictionary, and puzzle out most of it. I know... because that's just what I did!

Note: If you would like the old cover art with Pooh and Piglet dressed as Roman soldiers, look for used hardbacks from Amazon's third-party sellers.

There has also been a sequel to Winnie Ille Pu by a different translator, Brian Staples. Winnie Ille Pu Semper Ludet is a Latin edition of The House at Pooh Corner. I am not sure why Staples altered the book's title to "Winnie the Pooh Always Plays," but despite that eccentricity, it's a good translation. 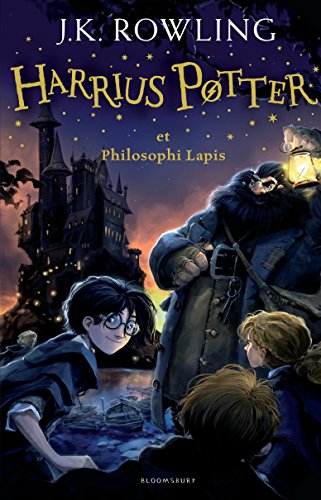 It's only fitting that Harry Potter be translated into Latin, with all the pseudo-Latin floating around Hogwarts.

As one's first introduction to Harry Potter, Harrius Potter et Philosophi Lapis is quite an entertaining book. I must say it is a challenge reading all the strange foods served in the cafeteria, not to mention the unusual candies, when one is unfamiliar with the story. ("Vomitum? Earwax? Am I reading that right?")

The translation is less classically erudite and a little closer to English in style than Winnie Ille Pu, which makes it easier reading. Nevertheless, it's a perfectly good translation.

My only quibble is that the pseudo-Latin spells in the original Harry Potter ought to have been translated into quirky English, for consistency's sake. "Wingydingy Upsy-Daisy!" might not sound quite so dignified, however.

Translators Jennifer and Terence Tunberg have done a magnificent job of rendering the rhymes of the good Doctor into readable Latin prose.

They wisely did not attempt to create Latin poetry, but simply captured the meanings as faithfully as possible. A glossary in the back should get all but beginning students through this towering classic of children's literature.

This edition includes all of Dr. Seuss' original illustrations.

In addition to How the Grinch Stole Christmas, these translators have given us Latin editions of The Cat in the Hat (

Cattus Petasatus) and Green Eggs and Ham in Latin (

Gratias sibi! Or, as Ron says over and over in the Latin edition of Harry Potter: rem miram! (Brilliant!) 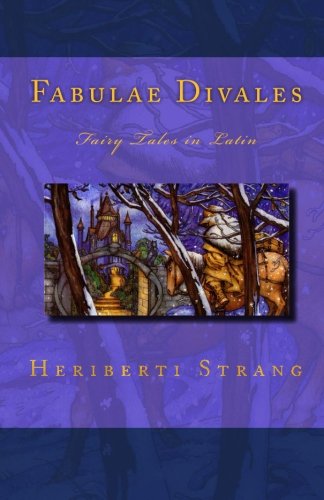 This is a fascinating and unusual book. It is a 1918 translation of a Victorian fairy tale book, The Rose Fairy Book by Heriberti Strang, plus an adaptation of the Cupid and Psyche myth from an ancient Roman collector of myth and folktales, Apuleius.

The translation was done by one Arcadius Avellanus. Popularly acclaimed as the last native Latin speaker, he was an eccentric Hungarian who championed the Latin language until his death.

Stories include: Aladdin's Lamp, Cinderella, Sleeping Beauty, Beauty & the Beast, The Water of Life, The Swans, and Little Cherry from The Rose-Fairy Book plus Cupid & Psyche.

It includes notes and commentary by the author, but they, too, are in Latin. So this book is for advanced students.

The Little Prince by Antoine de Saint-Exupéry is just as whimsical, charming, and odd in Latin as it is in English. Once again, original illustrations have been paired with a good Latin translation by one Augustus Haury.

This is actually one of the first children's books to be translated into Latin, back in 1961.

Of course, the original Little Prince was in French, so Le Petit Prince is good practice for French students.

I'm Not Sold on "Hobbitus Ille"

I haven't bought "Hobbitus Ille," the 2012 translation of The Hobbit into Latin, but reading some of the reviews, it sounds like it contains many errors and grammatical mistakes compared to Harrius Potter and Winnie Ille Pu. (My Latin is a little rusty, but don't demonstratives like "Ille" usually precede their nouns, as in "Ille Pu"?)

Which is the best children's book in Latin? - Latin fun for kids!

Which is the best children's book translated into Latin?

Feel free to drop a note or a tip about another children's book translated into Latin. Gratias tibi!