Iron Fist: Born of a Martial Arts Craze, Showcase for Early Work by Claremont and Byrne

Essential Iron Fist Volume 1 collects the first four years' worth of Marvel comics starring the character, who debuted in 1974 during a martial arts craze. The series is mainly known for some of the earliest work by writer Chris Claremont and artist John Byrne. This book is part of the Marvel Essentials series, which republishes hundreds of pages of comic books in black and white, a great cost savings for comic book fans!

Essential Iron Fist collects Marvel Premiere issues 15-25; Iron Fist 1-15; Marvel Team-Up 63-64; and Power Man & Iron Fist 48-50. Iron Fist debuted in Marvel Premiere 15. After issue 25 he graduated to his own comic, which lasted 15 issues. The Marvel Team-Up stories tied up some story lines after the character's own comic was canceled. Then Iron Fist was injected into another comic that wasn't selling well, Power Man, to give it a lift. As you may be able to tell from the list Iron Fist was not a huge success story of the 1970s.

Even so, I liked Iron Fist at the time. The stories had some freshness, and John Byrne's art was very cool. I decided to write this lens to highlight some of the reasons I think any comic book fan would enjoy this collection, which really is a good way to experience the character. The image here is of Iron Fist and Power Man, off the back cover of Essential Iron Fist Volume 1.

Buy The Book on Amazon! - Put your order in now!

The X-Men Writer At His Best

Writer Chris Claremont gained comic-book fame for his 17-year stint writing the X-Men and its companion books, but some of his earliest work was on Iron Fist, starting with Marvel Premiere No. 24. He would develop the character of Iron Fist and the comic's supporting cast over the next few years, even having Iron Fist's girlfriend Misty Knight room with the X-Men's Jean Grey.

Over the course of the stories he would have Iron Fist question how to be a hero, asking himself such realistic questions as what does a superhero do with his civilian clothes when he changes into costume. He also was very strong in developing Misty Knight and Colleen Wing over the course of the series, with Misty growing into the role of Iron Fist's girlfriend in a mature and realistic way over time. Claremont would later gain acclaim for creating strong females in his X-Men stories as well. 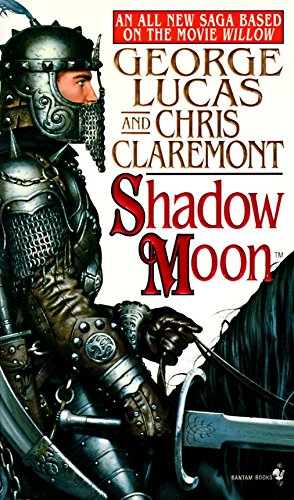 Before X-Men There was Iron Fist!

Comic book artist John Byrne, who may be best known for his work on the Uncanny X-Men, had celebrated runs on such comics as Fantastic Four, Captain America, Alpha Flight, the Sensational She-Hulk and many others, as well as a revamped Superman.

But some of this earliest work was on Iron Fist, and it was sensational. I remember being really impressed by the action scenes that seemed to flow so naturally, and I loved the way he drew Captain America in Iron Fist No. 12. In that issue (contained in this Marvel Essential volume) Captain America is built as solidly as a Sherman tank in contrast to Iron Fist, who seems so much more lithe. Getting this book is worthwhile just to enjoy Byrne's art.

An Experiment in Writing

One of the more interesting things about the early Iron Fist stories is that they were written in the second-person narrative, which is far less common than first person or third person. From the first page of his debut (see accompanying illustration, taken from this Marvel Essential volume) through most of the stories in this volume the captions are addressed to Iron Fist.

``You are Iron Fist. You stand tensely...'' his premiere appearance begins. It was an intriguing approach, and while I had seen it done in some one-shot stories, mainly in horror and war comics, I don't remember it being very common among superhero stories in the 1970s. Something to keep in mind when you read the stories.

The Marvel Essential series reprints many of Marvel Comics' stories from the 1960s on in large volumes that usually top several hundred pages. The series began in 1997 with the publication of the Essential X-Men No. 1 and The Essential Spider-Man No. 1.

Many of the volumes have been printed more than once, with different covers on some of them, so don't let that throw you off when buying. Carefully check to make sure which volume number you are considering.

The huge advantage to these volumes is cost: a reader can get 30 or more stories for about what a half dozen new comic books cost, and the old stories have more pages of action per issue. The Essentials books are much more cost-effective than buying all the original comics as well.

Is the Marvel Essential series worth collecting?

Growing Up With Spider-Man: The Day Gwen Stacy Died
Spider-Man's girlfriend, Gwen Stacy, died 40 years ago this summer, marking the end of one era in comic books and introducing a realism into the lives of sup...

Claremont's Debut on the X-Men!

Chris Claremont gained most of his acclaim with his run on X-Men starting with issue No. 94. The new group had already been established in Giant-Size X-Men No. 1 by writer Len Wein and artist Dave Cockrum, but it was Claremont's writing starting with the new team's second adventure that led the comic book to greatness. Byrne eventually replaced Cockrum as the main artist.

I reviewed the early issues of the new X-Men in two lenses. The Marvel Masterworks collection has many fewer stories than the Marvel Essential book, because the Masterworks one is on higher-quality paper with full color. The Marvel Essential book is on lower-quality paper in black and white. Compare the books in these reviews then pick the one you think you'll like most. Or Just buy both!

Thousands of Comic Book Fans in One Place!

My daughter and I were able to attend the New York Comic Convention in New York City in October, 2011, and wrote a review of our day there. It was a blast, and we highly recommend a visit to the convention next year for any true comic book fan!

If you are ever in Baltimore check out Geppi's Entertainment Museum for one of the greatest comic-book collections on display anywhere. See my lens for more details on what you can expect during a visit!

What do you think of Marvel Essential Iron Fist Vol. 1, Iron Fist, this lens or comics in general? This is your opportunity to share your views, so please speak up!