Fallen angels and their interactions with humans are the theme of the young adult novel Hush, Hush by Becca Fitzpatrick. When Nora Grey is partnered with Patch in biology the sparks between them begin to fly. Nora is a serious and studious high school girl and Patch is the mysterious new transfer student.

Though Nora is attracted to Patch physically, something about him warns her that he could be trouble. But the more Nora is around Patch the less she can resist his charms. The more she learns about Patch, the stranger things in her world become. She realizes Patch is not quite human. The question she must face is whether or not Patch is good…

Will you fall in love with Patch?

Why You Should Read Hush, Hush

The story grabs you from the beginning. The action and mystery remain intense throughout the book. It is the type of book you sit down and read in one sitting because it will be hard to close it. You will keep turning page after page to find out what is going to happen next.

Keep in mind that the book is about high school students and is written for teenagers. There are a moments when the characters seem very immature and irrational. There are also a few plot difficulties and questionable motivations.

Despite all the flubs, the book is still worth reading, especially if you like fantasy and romance. The passion between Patch and Nora is intense. The chemistry grows with each chapter. If you like bad boys, Patch is a bad boy torn between good and evil. The forbidden love makes what Nora and Patch feel for each other that much more enticing.

What type of guy do you fall for?

In Crescendo,the sequel to Hush, Hush, the relationship between Nora and Patch becomes even more taboo since Patch regained his wings. Things escalate when Patch starts distancing himself from Nora and begins spending time with Nora’s rival, Marcie Millar.

Meanwhile Nora has questions she must answer before it is too late. She begins investigating her father’s death and what it has to do with the Nephilim.  Nora is also trying to figure out what Scott, a family friend who has moved back to town, is hiding. Despite having a personal guardian angel, Nora’s life seems to be constantly in danger. The question is, who wants to kill her…

Why You Should Read Crescendo

Though the plot problems and character flaws become even more evident in Crescendo, the story is still compelling. Fitzpatrick is able to sustain the mystery and excitement until the last possible moment making you want to keep reading to find out what is happening.

If you liked the first book Hush,Hush, the sequel is worth reading to find out more about the plot. Despite a few times when the characters do foolish things in the book, it is a good read. Hopefully, all of the story’s tangles will be smoothed out with the last book of the series, Silence.

Silence, the last book of the Hush, Hush trilogy was released October 4, 2011.

The third book of the series was originally titled Torment. Becca Fitzpatrick explains why she changed the name of the book here.

Nora returns home after being held captive all summer long. What's worse than her kidnapping is that she can't remember anything that has happened to her for the last five months. In her desperate search for the truth, she keeps hearing the name Patch and realizes that something important happened with him.

When strange, unearthly creatures keep popping into her life, the mysterious Jeb seems to always appear to save her. But why does Nora feel such an attraction to him? Did she know him before?...

Why You Should Read Silence

In some ways, the book is like a repeat of what happened in the first book. Nora goes through the stages of discovering about angels and Nephilim. She also goes through the process of getting to know Patch again.

Rediscovering Patch is what makes the book worth reading. Though they should stay apart for Nora's safety, neither of them can let go. Nora falls in love with him again as she regains her missing memories.

There is also a sense of destiny in the book. Even with her memory missing, Nora is still dragged into the fight between the Nephilim and the Fallen Angels. Nora begins to realize that her place is in the fight.

Finale, the 4th and finale book of the Hush, Hush series will be released October 23, 2012.

This is the book description that has been released so far,

"Nora is more certain than ever that she is in love with Patch. Fallen angel or no, he is the one for her. Her heritage and destiny may mean they are fated to be enemies, but there is no turning her back on him. Now Nora and Patch must gather their strength to face one last, perilous trial. Old enemies return, new enemies are made, and a friend's ultimate betrayal threatens the peace Patch and Nora so desperately want. The battle lines are drawn—but which sides are they on? And in the end, are there some obstacles even love can't conquer?" 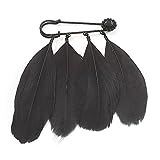