Harry James Potter is an orphan who only finds out that he is in fact a wizard on his 11th birthday. He has the scar of a lightening bolt on his forehead which was caused by his arch-enemy, Lord Voldemort. He grew up to battle Lord Voldemort and become a hero in the wizarding world and to us in the muggle world.

Quotations from Harry Potter and the Sorcerer's/Philosopher's Stone

"Everyone thinks I'm special...All those people in the Leaky Cauldron, Professor Quirrell, Mr. Ollivander...But I don't know anything about magic at all."

"You're worth twelve of Malfoy. The Sorting Hat chose you for Gryffindor, didn't it? And where's Malfoy? In stinking Slytherin."

"The poor toilet's never had anything as horrible as your head down it - it might be sick." [spoken to Dudley]

Quotations from Harry Potter and the Chamber of Secrets

"I don't want to be rude or anything, but - this isn't a great time for me to have a house elf in my bedroom."

"And I thought I had it bad staying here for another four weeks," he said. "This makes the Dursleys sound almost human. Can't anyone help you? Can't I?"

"Proud?" said Harry. "Are you crazy? All those times I could have died and didn't manage it? They'll be furious..."

Which Harry Potter Character do you like best from the choice below:

"I'm not buying anything Malfoy thinks is good."

"I knew I could do it this time, because I'd already done it. Does that make sense?"

"Why would I go looking for someone who wants to kill me?"

"I don't go looking for trouble. Trouble usually finds me."

"Pity you can't attach an extra arm to yours, Malfoy," said Harry. "Then it could catch the Snitch for you." [About Malfoy's broom] 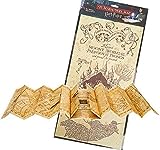 Quotations from Harry Potter and the Goblet of Fire

"Yeah, you can have a word. Goodbye." Spoken to Rita Skeeter

"I don't know who Maxime thinks she's kidding. If Hagrid's half-giant, she definitely is. Big bones ... the only things that's got bigger bones than her is a dinosaur."

"We could all do with a few laughs. I've got a feeling we're going to need them more than usual before long."

"Why do they have to move in packs? How're you supposed to get one on their own to ask them?"

"My eyes aren't glistening with the ghosts of my past!"

Of course, if you are a big Harry Potter fan you should check out what is available on eBay, too. Remember though that often items listed on eBay are the sellers ONLY ONE so if you fall in love with something don't forget to bid.

Quotations from Harry Potter and the Order of the Phoenix

"Not as stupid as you look, are you, Dud? But I s'pose, if you were, you wouldn't be able to walk and talk at the same time."

"Wow, I wonder what it'd be like to have a difficult life?"

"Quirrell was a great teacher, there was just that minor drawback of him having Lord Voldemort sticking out of the back of his head."

"Did he say you look like a pig that's been taught to walk on its hind legs? 'Cause that's not cheek, Dud, that's true."

"This is night, Diddykins. That's what we call it when it goes all dark like this."

"Hermione, you're good on feelings and stuff, but you just don't understand about Quidditch."

"You're the one who is weak. You will never know love or friendship. And I feel sorry for you."

"His priority did not seem to be to teach them what he knew, but rather to impress upon them that nothing, not even ... knowledge, was foolproof."

"So that's it, is it? Stay there? That's all anyone could tell me after I got attacked by those dementors too! Just stay put while the grown-ups sort it out, Harry! We won't bother telling you anything, though, because your tiny little brain might not be able to cope with it!"

Quotations from Harry Potter and the Half-Blood Prince

"Does anyone really know what You-Know-Who would or wouldn't do?"

"One of the only honest things you've said to me. You don't care whether I live or die, but you do care that I help you convince everyone you're winning the war against Voldemort."

"He will only be gone from the school when none here are loyal to him."

There's no need to call me 'sir,' Professor. [spoken to Severus Snape]

"Be brave, Professor. Be brave like my mother ... Otherwise, you disgrace her. Otherwise, she died for nothing. Otherwise, the bowl will remain empty ... forever."

Quotations from Harry Potter and the Deathly Hallows

"Dudley, for the first time in your life, you're talking sense."

"I won't blast people out of my way just because they're there. That's Voldemort's job."

"Severus Snape wasn't yours. Snape was Dumbledore's, Dumbledore's from the moment you started hunting down my mother. And you never realised it, because of the thing you can't understand. You never saw Snape cast a Patronus, did you, Riddle?"

"Are you out of your mind?" demanded Harry. "A plot to get this house? Are you actually as stupid as you look?"

"Albus Severus, you were named for two headmasters of Hogwarts. One of them was a Slytherin and he was probably the bravest man I ever knew."

What is your favorite Harry Potter quote?