Griffin and Sabine: A Love Story for Art Lovers

An Extraordinary Correspondence and Its Sequel

I can't believe that the magical trilogy of art-as-books, Griffin and Sabine, is now nearly 20 years old. Like so many, I received these books from a lover trying to share with me a profound story about love that defies trite expectations.

Griffin and Sabine: An Extraordinary Correspondence is well-named: a three-part trilogy consisting of hand-illustrated notes between an artist and Muse (but who is which?) Every page is art. Each page is a postcard, a letter. The illustrations are reminiscent of Dave McKean, Susan Seddon Boulet, and the surreal landscapes of Myst which was a released a year before Griffin and Sabine.

Written and illustrated in 1994 by artist/author Nick Bancock, Griffin and Sabine remains an anomaly, an artifact of personal communications at their most sublime just before the internet and computers changed the way we share images and communicate. I'm not surprised they made the New York Times bestseller list. Rereading them, I've discovered something I missed the first time, which explains but does not detract from the mystery. It is not precisely a linear story, and anyone expecting a classic romance may be disappointed. Yet at its heart, Griffin and Sabine is a love story of the soul.

Left hanging for many years, Griffin and Sabine now has

a sequel which appeals to many but not all fans of the original.

Griffin and Sabine: An Extraordinary Correspondence - Part One 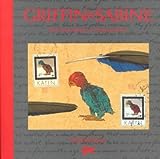 The book opens with an extraordinary fantasy: a letter to an artist from a complete stranger who understands him very well.

Griffin Moss, melancholy artist, quickly begins a correspondence with a mysterious lady from the South Pacific who sees visions of his art. This sounds like a childish fantasy, but somehow, it isn't. One gets the feeling that these letters and people are real. Little details like typos, the postage stamps and cancellations, make the illusion all the more vivid. Many readers have remarked on the guilty pleasure of being able to open and read someone else's mail (for many of the letters are actually folded inside envelopes glued to the book's pages.)

Nowadays, we look at surrealist paintings and assume, "Photoshop." But these were not. Photoshop was not a vehicle of artists back then -- I was using an early version of it -- and digital printing was not sufficient for this kind of art. These drawings are chalk, watercolor, pen and ink, augmented by calligraphy. Even the typewritten pages remind us of a more tactile, physical means of communication. It is a paradox: the story is fiction, yet the letters in our hands are real, crinkle when we open them, seem like real ink and watercolors under our fingertips. Three of five senses are excited by them. It's just a pity the postcards weren't glued in, too.

We also forget how much more difficult it was to exchange messages back then, how unique a letter was when mail was mail and not electronic nor instantaneous. From the world of the web and email and texting and Tweets, when Google Maps can instantly let us see street views of far-off lands, there is a heightened poignancy to Griffin and Sabine. 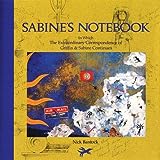 Sabine's Notebook: In Which the Extraordinary Correspondence of Griffin & Sabine Continues (Griffin and Sabine)
Buy Now

If Griffin and Sabine was a love story, Sabine's Notebook is a rite of passage: for both characters, although the focus is most definitely on the self-doubting Griffin and not his serene confidante Sabine.

While the first book simply explored the mysterious link between the two characters through their art, the second story opens up the adventure. Griffin travels around the world, and his reactions to the places he visits, the art he experiences, becomes incorporated into their voyage of mutual self-discovery. There is a delight in seeing postcards, postage, and visions from many lands. Also, the more you study the images, the more you see how they reflect the characters --

sometimes even before the characters themselves have discovered what the pictures are about.

The Golden Mean - In Which The Extraordinary Correspondence Concludes 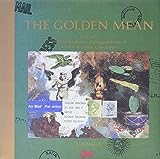 The Golden Mean: In Which the Extraordinary Correspondence of Griffin & Sabine Concludes (Griffin and Sabine)
Buy Now

I confess the first two books, which deal with the separated lovers yearning to meet, sucked me into their world such that I was not sanguine about the plot twist in the third.

An interloper opens up the story, someone who has learned about their correspondence and seeks to study it. Are we not him? But he seems a disruptive influence. Also, the story leaves us with loose ends -- then again, any traditional ending would be too pat -- and craving more. There's an odd coda.

But in this story I finally picked up the clue I'd missed all along: an allusion to Jung. There is a playful reference to Freud in one of the earlier stories, but he is a red herring: this is a story of alchemy, individuation, the shadow and animus/anima. But like the special effects of a good film, you don't and shouldn't notice the Jungian myth that serves as subtext: Griffin and Sabine is meant to be read as a love story told through mail and art. 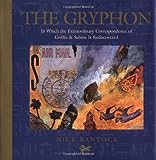 The Gryphon: In Which the Extraordinary Correspondence of Griffin & Sabine Is Rediscovered
Buy Now

When I came to write this review, I was shocked to discover that in 2001, Nick Bantock resumed his dreamy story with a new trilogy. I immediately added it to my Amazon wish list!

I have not read it yet, but will. It looks like it will dog us with more maddening mysteries. It tells the story of a new couple of lovers discovering, and reacting to, the correspondence of Griffin and Sabine. In a way, then, this second pair is us: for many of the readers of Griffin and Sabine were lovers, although not all. It is not a literal love story (or does not have to be), since in a way it is a tale of two halves of one soul.

If anyone has read the new trilogy and has some comments on it, I invite you to leave them in the guestbook below. Otherwise, stay tuned for my review!

Poll: Have You Read Griffin and Sabine? - For Dreamers, Artists and Lovers

Which of the Griffin and Sabine series have you read?

If you know of any artists or those who appreciate creative, unique and unusual art/poetry/storytelling, share this page with them!