Collection of fairy tales by Hans Christian Andersen is not only one of favorite books for children. It is one of the most influential books in children literature of all times. It is actually so important all today's top writers for children are still inspired by Andersen's style.

His most popular fairy tales like The Little Mermaid, Emperor's New Clothes, The Ugly Duckling, Steadfast Tin Soldier, Thumbelina, Princess and the Pea, The Little Match Girl, Snow Queen and others are classics almost every child is familiar with.

When I was studying the personal life of Hans Christian Andersen, I found many fascinating facts behind most of his stories.

(Intro image: cover of Andersen's Stories for the Household illustrated by Alfred Walter Bates, published in 1891, all images are public domain, more info at the end of the page)

Why I believe Andersen's collection is probably best book for kids ever?

Why I believe Andersen's collection is probably best book for kids ever?

Andersen's fairy tales are huge milestone because of author's approach. He wasn't interested to preserve cultural heritage like Grimms in their collection.

Hans Christian Andersen's writing skills were not sufficient to compete with best fiction writers of his time. He actually struggled with grammar rules through all his life.

But he had extremely vivid imagination and a gift of storytelling which he used to their full potential. This is the reason the collection of Andersen's stories stands out from all others books for children.

This is also the reason Hans Andersen is called the best fairy tale writer of all times.

Andersen initially wanted to become an actor, singer or dancer. When all his attempts failed, he became a playwright. Writing fairy tales for children was more coincidental than intentional. And yet they made him immortal.

Your favorite Andersen's fairy tale is:

The Complete Fairy Tales
Most of fairy tales written by H. C. Andersen became known to wider audience through amateurish translations from German and English language and majority of people outside of Denmark never experienced the richness of his language. This problem persisted for more than a century and many countries got accurate translations of Andersen's fairy tales only in last decades when translators actually started their work with originals in Danish language. So when you look for real Little Mermaid or Ugly Duckling, be skeptical, demand quality translation and you will be rewarded!
Buy Now

The Ugly Duckling is the most famous Andersen's alter ego of all of his fairy tales. It is easy to recognize the author, who was very tall, ugly, with big feet and huge nose in an ugly duckling who falls into all kinds of troubles, but after series of misfortunes transforms into a beautiful swan.

Andersen's climbing up the social ladder is so similar to the story of Ugly Duckling he once answered the question if he will write an autobiography (before he died he wrote three) he already did with The Ugly Duckling.

Other characters and even places from the story about the unpopular kid who becomes a beautiful swan are based on real people and places too. Mother duck who is willing to wait until last egg is hatched and who never traveled far from her home is his mother Anne Marie.

Wild geese were two of Andersen's friends from the circle of poets (Carl Bagger and Fritz Petit) who accepted him as he was and encouraged him to enjoy life to its full potential. Other animals, especially the cat and the hen represented Andersen's complex relationship with the family Collin.

Researchers believe the turkey is H. C. Andersen's headmaster Simon Meisling who tried for four years to teach him grammar in Slagelse and gave him nightmares for the rest of his life.

The scenery in Ugly Duckling is taken from real places in Denmark. The lawn and the pond are copies of real pond and lawn in Bregentved, city near Copenhagen. Rural opening scene is a projection of life and relations in Odense and the ending resembles his success in Copenhagen.

When Hans Christian Oersted, great chemist and physicist saw his friend and namesake Andersen's fairy tales, he said: »If The Improvisatore made you famous, your fairy tales will make you immortal!«

Andersen answered: »How very typical. I will not enjoy the success in this world!«

Princess and The Pea

The Princess and the Pea was published in first book of Andersen's fairy tales in 1835 (titled: Tales, told for children) as one of only four fairy tales (Tinderbox, Little Claus and Big Claus and Little Ida's Flowers being other three). None of them was his original work, all were based on traditional folktales and all with his strong personal touch.

Tinderbox, for instance, was heavily influenced by Aladdin from Arabian Nights (or 1001 Nights, as the collection in some countries is titled), one of rare books in his poor home.

Princess and the Pea is probably based on Swedish (not Danish!) folktale Princess Who Lay on Seven Peas heard by Andersen in early childhood.

The plot in this tale is simple: prince wants to marry real princess and when he thinks he finally found one, his mother puts her on test. The test is similar in many versions and most of them have a helper (sometimes talking animal - think about Puss in Boots - and sometimes old woman - think about fairies) who tells the princess about the pea and suggests she lies about her sleep.

Andersen decided to write the story without the helper and his princess really feels the pea through all the mattresses. Her sensitivity is actually manifestation of her sensibility, characteristic of ladies and especially ladies of noble origin. We already know Andersen was very fond of aristocrats and he probably believed his sensitive nature classify him among nobility but on the other hand he constantly felt he was on the test.

He could talk for hours, he performed the dialogues with different voices, he even added sound effects, but he was actually pretty lazy writer.

The Thumbelina (sometimes translated as Little Tiny) is one more Andersen's fairy tale based on classic fairy tales like Tom Thumb but with a lot of autobiographical features. It is not hard to identify his own personal and professional path in Thumbelina's fantastic voyage with all sorts of helpers and 'helpers'.

I personally find mostly interesting the part of the story where Thumbelina meets the mouse. Yes, she can stay with the mouse, yes, she will survive the cold winter. But she has to pay for that: with storytelling!

This fairy tale, made of seven parts, is one of Andersen's longest and best work. It is also one of less autobiographical but we can easily trace at least three real persons who inspired the characters in Snow Queen.

The title character is well known in folklore and similar to Mother Hulda (also known as Mother Holle) from Grimms' Fairy Tales or Father Frost from Russian Fairy Tales, but some people noticed similarities with Jenny Lind, The Swedish Nightingale. Andersen and Lind first met in 1843, about a year before The Snow Queen was published. He loved her and she ignored him.

One part of Snow Queen is also based on Andersen experience from childhood. In a winter when his father was dying, he had a vision of a lady coming to get him from outside and described her to little Hans.

Gerda, the real hero of the story, is another character inspired by real person: Gerda, daughter of Henriette and Edvard Collin (yes, he also attracted H. C. Andersen). The real Gerda died at age of four, just before Andersen wrote a Snow Queen. One of his letters clearly states he was thinking of her when he gave a name to Gerda in Snow Queen.

And there is an old lady, good granny who tells stories to Kai and Gerda, present in several Andersen's stories. She is probably a reminiscence of another important person in Andersen's childhood, his own Anne Catherine Andersen, his own grandmother.

Her amazing voice can be explained as representation of his storytelling talents, her lost of voice his fear of losing it, her ability to dance his dancing aspirations (he auditioned for a place in dancing troupe), her wish to join the prince's world was actually his wish to be accepted by nobility...

As author himself stated The Little Mermaid was the only one of his fairy tales which makes him cry. And it certainly caused a huge response among other artists with numerous adaptations, with Oscar Wilde's Fisherman and His Soul being only one of them. Talking about Oscar Wilde: he also borrowed Andersen's swallow from Thumbelina for his masterpiece The Happy Prince.

Andersen also included in his story the dock next to his home, where he lived while writing this fairy tale. 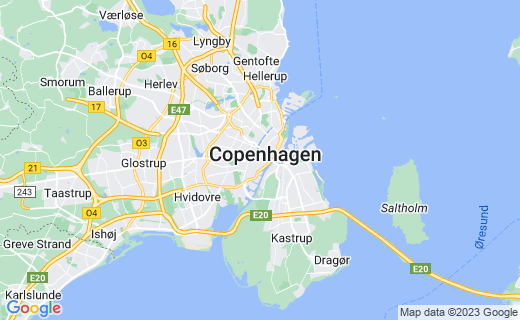 Does knowing the background of Andersen's fairy tales can enrich your reading experience?