Lovable Larrikin, Lusty Lyricist - or both?

Few would dispute the power and beauty of the writings of Henry Lawson - with one notable exception - his arch-rival Andrew Barton 'Banjo' Paterson, the other literary giant of Lawson's famous time in the sun. Both would become the most famous poets in the history of Australians.

Yet another notable and much-loved Aussie, Jack Thompson (he of the twinkling eyes, infectious laugh and 'liquid chocolate' voice), tells in the video below of his belief the verbal battle between Henry Lawson and 'Banjo' Paterson undoubtedly endures - wherever they both may be!

Any besotted fan, familiar with their continuing barrage of reciprocal hostilities in the tabloids of the day, would have to agree that a war of words of this intensity and skill would reach into eternity.. And the same besotted fans would never cease to be entertained by their literary outpourings - in the process, giving Australians and poetry lovers around the world a treasury of poems, ballads, short stories and newspaper articles to enjoy forever.

He covered the gamut of human experience and feelings - from joy to deepest sorrow; from exquisite beauty to harshest reality. No view or feeling about his world escaped his vision and imagination.

Always true to his dream, always able to lift the rest of us up with his magnificent words. 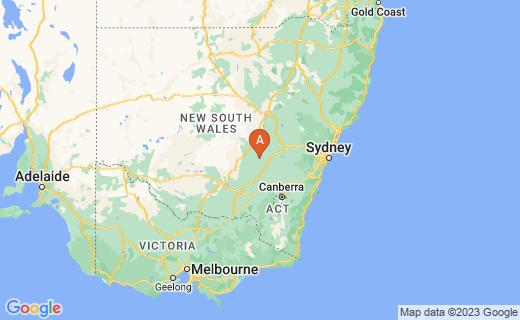 Henry Lawson was as Australian as billy tea and proud of it. He was bred through the island continent's turbulent emergence as an identity. He idealised the gold-digger, the stockman, drover and shearer. He extolled the great Australian mateship as he found it in the bush and was suspicious of city folk and wealth.

He spurned the esoteric prose and lofty poetry of his European peers for the robust ballad and the pithy short story that became the hallmark of Australian creative writing of that period.

'The World of Henry Lawson' contains the best of his work as selected by his bibliographer Walter Stone.

Henry Lawson is a vital link in our literary heritage. The strident tattoo of his ballads and the keen observations of his short stories deserve a place in every Australian home.

Jack Thompson has been one of our famous Aussie actors for some years. Throughout his highly successful career and an unusual personal life, his hallmark deep, resonant voice has become warmer and richer. Listen for yourself and tell me you don't agree when I say I cannot hear enough of him reading Henry Lawson's words. I have no doubt Jack would have met with Henry's full approval as a worthy narrator of his precious words.

In my guest book below I referred to Henry Lawson's life being bitter-sweet and offered a brief answer to the question of why. Here is a little more detail:-

Henry grew up in poverty, raised mainly by his unhappy mother, Louisa Lawson - and when his father was home, domestic quarrels between the pair were harsh, loud and numerous. Due to the impossible distance to the nearest education facility, his schooling was restricted to only 5 years - begun at 9 years old, finishing at 14. These brief years were fraught with severe difficulties as his hearing slowly deteriorated until he suffered an acute degree of deafness.

He held this disability responsible for most of his later problems with alcohol, depression and many anti-social actions. His repeated escapes to the quiet of the 'Bush' he loved so much were understandable given the uncompromising attitudes towards disabilities of those times.

An unhappy marriage and subsequent breakup along with inability to keep up family maintenance payments resulted in gaol terms, particularly in the notorious Darlinghurst Gaol (that he nicknamed 'Starvinghurst Gaol' because of the miserable diet fed to the inmates). He recorded his experience in the poignant and haunting poem "One Hundred and Three" (his actual prisoner number) .

Constantly recurring bouts of heavy drinking were followed by voluntary periods of drying out treatment - over and over - despite much support by friends - and even an alcohol-free period in the country on a literary grant, living in a rent-free cottage, and local reporting. Sadly, he relapsed once again, and this time the inexorable deterioration in his health resulted in his death in 1922.

Well, he did achieve recognition and recompense for his literary efforts for much of the latter part of his life, and he did have the love, support and deep concern of many good friends and benefactors in both the publishing and literary world. His popularity with the 'man in the street' has rarely been matched in Australian history.

And finally, there was the ultimate tribute to the the man known as the 'People's Poet', when the Prime Minister of the day - William 'Billy' Hughes - decreed a public funeral so all Australians could 'pay him their last respects'.

The sweetest aspect of the man was the power of his pen to interpret and capture so much that was evolving for his beloved country in those tempestuous years of Federation for the emerging new nation; his fighting call to the man in the street to stand up against despotism in all the forms being experienced by the 'underdog' of the day; his continuing support of emancipation of women from the tyranny of being 'second class citizens' without a voice, without a vote, without rights as we understand them today.

Simultaneously he was exploring, evaluating and recording these diverse aspects of the young Australia; the marvels of mateship and the unique hidden beauty of this often harsh and unforgiving continent. In his own inimitable style, he wove all the threads together, into his poetry, his ballads and his short stories. To so many then - and so many of us now -

Henry Lawson was a hero!

A sample of his skill in showing all aspects of the bush, this is a salute to the Gold rushes of the 1860s in Australia.

Henry was eternally fascinated by the changes Man made to the land - for better and all too often, for worse.

The night too quickly passes
And we are growing old,
So let us fill our glasses
And toast the Days of Gold;
When finds of wondrous treasure
Set all the South ablaze,
And you and I were faithful mates
All through the roaring days!

Ah, then our hearts were bolder,
And if Dame Fortune frowned
Our swags we'd lightly shoulder
And tramp to other ground.
But golden days are vanished,
And altered is the scene;
The diggings are deserted,
The camping-grounds are green;
The flaunting flag of progress
Is in the West unfurled,
The mighty bush with iron rails
Is tethered to the world.

and ever encouraging to others, who would try to follow in his giant footsteps.

I have recently read a small book by another classic writer of Australian literature - this time a female, named Miles Franklin - and part of her autobiography that has also been made into a film - 'My Brilliant Career'. To my surprise, the Preface in this book is by Henry Lawson, explaining how this extremely young author had sent her manuscript to him because she lived in the 'Bush' and knew nothing of the publishing world. And she humbly asked for his advice, and if he could spare the time to read her words. He did all of this and more...and the literary world grew even richer that he had made it.

He 'mentored' her in a time when this word was unknown, though the deed was common. I have no doubt that much of her 'brilliance' was polished to perfection by Henry's advice and support. Here are just a few of his words -

' ...but the descriptions of bush life and scenery came startlingly, painfully real to me, and I know that, as far as they are concerned, the book is true to Australia - the truest I ever read.' and,-

'...where every second sun-burnt bushman is a sympathetic humorist, with the sadness of the bush deep in his eyes and a brave grin for the worst of times, and where every third bushman is a poet, with a big heart that keeps his pockets empty.'

Soon, I plan to tell Miles Franklin's story...and when I do, the full Preface will be quoted. How could she fail, with Henry 'cheering' her on?

Through the long, vociferous cutting as the night train swiftly sped,

Did you hear the grey Bush calling from the pine-ridge overhead:

"You have seen the seas and cities; all seems done, and all seems told:

I'm the Mother-Bush that loves you! Come to me, now you are old."