Hiking My Way to a Novel

Walking A Trail Frees My Mind To Wander

On September 25th, 2000, I completed a six-month journey from one end of the Appalachian Trail to the other, a 2,169-mile walk from Georgia to Maine otherwise known as a thru-hike.

Along the way, I embarked on another type of journey, a creative adventure which led to my first published novel, called I. Joseph Kellerman; although, the story has nothing to do with backpacking or the trail I was on when I wrote the first draft.

Usually writing at night while lying in my tent, I'd hold my flashlight in my mouth (shoulda had a headlamp ... duh!) so I could scribble with one hand and prop my head up with the other. I had to put down on paper all the creative thoughts and silent dialogue I'd conjured up while hiking each day. One of the most valuable and lightest-weight things I brought with me on my thru-hike was my imagination.

Six months on the Appalachian Trail

From April 1st to September 25th, my backpack was my house away from home. In my house, I packed my bedroom (a 2-man tent), my bedding and mattress (a

Z-rest pad), my stove, cookware and dishes (which were one and the same pot), utensils (a spoon, that is) and my pantry. I also packed my wardrobe, my toiletries and medicine cabinet, and various other items, such as lighting, a wallet (also known as a Zip-loc baggie), and a guidebook.

I carried my house on my back for five months and three weeks. At its heaviest, when the weather in the mountains was cold and I had seven days of food in the pantry, my house weighed as much as 45 pounds. At its lightest, during the summer months when I was heading into town with my pantry nearly empty, my house weighed as little as 24 pounds.

During those 178 days, as I walked through the long, green tunnel and up and over more than 400 named peaks, my legs were the vehicles that transported me and my house all those miles. Along the way, I went through two sets of tires; I bought new hiking boots in Vermont when the first pair blew out and the treads were gone after 1,600 miles.

gaiters were my mud flaps, helping to keep dirt, pebbles and, to some extent, rainwater from going down into my boots. My trekking poles were like seat belts, air bags, and shock absorbers all rolled into one. They prevented me from crashing as I walked on jumbled rocks and roots, crossed rivers and slippery logs, and often tripped over my own feet. A bandanna was one of the most versatile items I carried, serving as a hanky, a sweat rag, a towel and face cloth, a head covering, and even a fly-swatter.

Essentially, I carried everything I needed and left the rest at home, which, at that time, was a small town in southwestern Pennsylvania. And, for nearly six months, my home away from home was the Appalachian Trail, commonly referred to as the A.T.

The Book that Came From My Long Walk

I. Joseph Kellerman
A story of self-discovery and redemption
Buy Now

The Path To My Imagination

My Journal From The Appalachian Trail - A Daily Log

Each day on the trail, in addition to scribbling some fiction for my growing novel, I also kept a journal about my hike. That journal was transcribed and posted online by a volunteer, who somehow deciphered my chicken scratchings as she received envelopes full of entries every week or so.

The story behind the story of "I. Joseph Kellerman"

On June 22nd, 2000, I was 82 days and 935 miles into my thru-hike. I was walking near the northern end of Shenandoah National Park, talking with my friend, Kit, otherwise known by her trail name, Split P.

Our conversation that morning touched upon many topics and eventually turned to writing and real people who would make great models for fictional characters. And that's when Split P began telling me a little about a psychotherapist a friend of hers had known, until the man passed away in the early '90s. I was fascinated.

As the day went along and more miles passed beneath my feet, the man Split P had described morphed into a character I would soon name, I. Joseph Kellerman. Purely figments of my own imagination, Constance Fairhart, Orla Heffel, Bernie Babbish, Lucille McBride and Maggie Carlisle also began to come alive before I fell asleep in the Jim & Molly Denton Shelter that night.

Throughout the next three months on the trail, I spent countless hours walking and camping with Kellerman and company, and came to know them very well. I'd jot down bits of dialogue, scene settings, pages of plot and a myriad of disjointed text during lunches and rest breaks and often at night in my tent while other hikers were asleep. At each town stop, I'd package the crinkled, stained and water-damaged pages, most of which had writing crammed in the margins, and mail them to my husband, who set them aside in empty shoe boxes.

When I returned home in early October after completing my hike, I sifted through, sorted, cut and taped all those snippets and pieces of text in some semblance of order, then sat down at my computer and typed the first draft of I. Joseph Kellerman. That process took six weeks.

The story and characters went through a number of transformations since then, culminating in the book that bears the name of the character who now scarcely resembles the real man who'd inspired the idea.

Two Journeys in One

More About the Book

I'm not self-published, but the small press that picked up I. Joseph Kellerman died. Literally. The founder and president of Gardenia Press really did die unexpectedly, and her widow shut down the company.

At the time, the first print run of my novel (a couple thousand copies) was underway. But once they were printed, the pre-sold books were shipped to customers ... and the rest ended up on my doorstep. So now I'm left to blatantly plug and promote this book on my own, until or unless I find a new publisher.

I. Joseph Kellerman is a both a dark and quirky story. On the one hand, Dr. Kellerman is a man tormented by a horrific past, watched over by his long-time secretary and enabler, Constance Fairhart, who spies on her boss through a hole in the wall, hidden by a bizarre painting behind her front office desk. (Paintings play an important role in the story as well.)

At the same time, many of Dr. Kellerman's patients, who still come and go, day after day, month after month and some still year after year despite how withdrawn the doctor has become, are downright Woody Allen-ish. Charicatures in some ways.

The real man this book is based upon was a controversial character who practiced his own brand of psychotherapy in Brooklyn until his death in the early 90s. I actually knew relatively little about him when I wrote the story, but a letter from one of his former patients really amazed me, because she said I nailed some of the details, like the smell of Dr. Kellerman's rowhouse among other things. Eerie.

"He was in terrible health -- an insomniac and workaholic who saw a ridiculous number of patients and had very poor boundaries with them. (There was this one seriously mentally ill woman who he'd managed to keep out of hospitals for years because he let her call him anytime, and his phone often rang during sessions and he'd answer it, which is an awful thing to do to your clients! And, as an aside, this woman committed suicide not long after his death.) He smoked a pipe and had a diet that consisted of crap like hot dog buns eaten plain, and had a huge, unhealthy looking gut. His apartment, furnished in ugly Goodwill stuff and extremely cluttered (in the livingroom, 2 broken tv sets stacked on top of each other), smelled like cat piss because of all the strays he took in. The entrance hallway was like a tunnel because it was stacked floor to ceiling with cans of catfood, dogfood, and Wonder bread for the ducks in the park. He actually didn't like people very much, much preferred quadrupeds. He did often fall asleep in sessions, which he claimed was due to his heart medication. He did in fact set up clients on blind dates, and was having an affair with my best friend (a client of about 10 years) which was disastrous for her. Basically, he had this loyal following mainly because of his eccentricities."

When I read this, I was amazed at how much certain details I'd made up turned out to be so accurate. If you do read the book, pay attention to things like the entry hall, the smells, Dr. Kellerman's nightly habits, his cats, and his diet. All of that came from my own head but was actually very close to reality.

If you'd like to have a signed paperback copy of I. Joseph Kellerman (scribbled in by yours truly), please visit my website at HikingWriter.com.

Thanks for reading my plug!

You can read an Interview I did about I. Joseph Kellerman and my writing in general, answering questions about what unusual places, situations or people have inspired my novels, how I come up with my characters, whether I prefer indie or traditional publishing, and more.

Writer Wednesday Interview with Debra Lauman (<--my maiden name, by the way) on the blog "This Page Intentionally Blank"

Want More Information on the Appalachian Trail.... - and other long-distance hikes?

More than 2,000 Miles in Less Than Five Minutes - I remember many of these "footsteps" well.

I've used and/or read the following guides and books about the Appalachian Trail and have included updated versions if you'd like to take a look:

Carry it (or pages of it at a time) somewhere you can easily get to it while you're hiking.

I referred to my own Data Book multiple times each day. 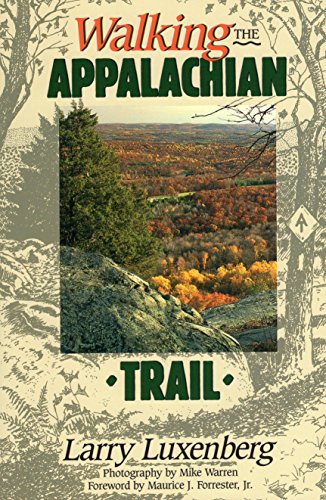 This book is about all things A.T., with each chapter about a different topic or notable trail personality.

It's a fun and interesting read.

This guidebook includes information on towns on and near the trail in addition to a lot of good info on the trail itself, including notable mileposts, historical points, and shelters. A really important and well organized resource for all thru-hikers and section-hikers. 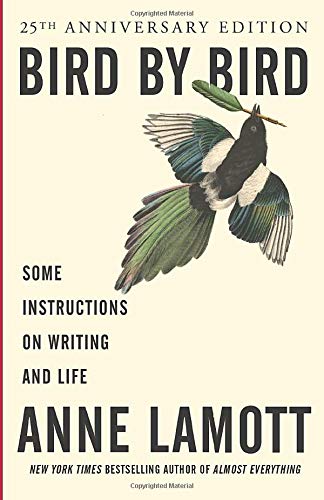 Bird by Bird: Some Instructions on Writing and Life
Buy Now

Recommended Reading on Writing - My favorite....

This is my favorite book on the craft of writing. A fun read, too! This is the book that made me realize that it's okay to write sh*tty first drafts.

Talk to Me About Hiking, Writing, Or Anything Else That Comes To Mind