I Found My Voice When I Stopped Talking

Jules Corriere is a playwright and theater director. She has written over 40 plays, one of which was performed at the Kennedy Center in D.C.

What is the difference between listening to someone speak and listening for a story? One thing: Reverent listening. Only we're not taught this in school. We're not taught this online or on television. We ARE taught to wait our turn to speak, but that is so very different than being taught to listen. When we are waiting for our turn to talk, we are thinking about what we will say. When we wait for our turn, our focus is on ourselves, not on the person speaking.

I missed out on so much while I was waiting for my turn to talk. I was especially missing out on stories-- The very thing I would end up dedicating my life to. But I couldn't get there, I wouldn't find my voice as a writer until I stopped talking and started listening to the wisdom everywhere around me. And in the space and freedom I gave myself from my own words and desire to speak, I began to fill that new space with the echoes and music and tears and laughter of everything I could now hear.

Who Am I Now? A storyteller. Or, more importantly, a story listener. And I got here by closing my mouth and opening my heart, which in turn opened my ears and eyes and hands and mind. Only when all these other things are open do I now feel compelled to give voice to it. From a place of compassion and maturity, a place that can only be found when the emphasis is off of ego. When the need to speak is overpowered by the need to listen. But it took a lot to get here, and it takes work every day to stay here.

I'm truly amazed at some of the interviews I've had the privilage to sit through. Hearing stories of immigration, of migrant marches, of imprisonment, of surviving Aushwitz-- I sit in awe sometimes as I realize I am sitting with greatness. And often times, I'm sitting with people who are telling these stories for the first time...or for the last time. I'm sitting with someone who has been part of a great (or horrible) moment in time and found a way through it, and by telling stories about it, are processing ways for us to understand, and to do better. It is one of the fundamental reasons we humans tell stories. It is why it is so vital we listen.

Sometimes what I hear isn't in the form of a story. This is why I need ot listen so deeply. Sometimes I'll hear a string of events. What my work involves, and why I really needed to learn how to listen, is to gather these stories, story pieces, events, ideas, thoughts, and then, to make those words matter, to find a way to tell the story and bring meaning. And sometimes, I have to find a way that I can tell it, in a fresh way. Sometimes I do this because the subject matter is too difficult. Sometimes, because the audience may not be able to hear it in its current frame and needs a different reference for it to sink in.

Sometimes I dance with these stories. Sometimes I wrestle with them. All the while, they live inside of me, figuring a way out. When they finally do come out, I count it as my best work if it sounds like the storyteller, if it captures the ideas and bone-knowledge of the storyteller, is true to the culture and language and dialect-- in soirt- the less it sounds like me, the more I count it as my work. All of these stories, will, of course, carry some piece of me with them, they can't help but to, I am the filter. The crafting, the arc, the storyline, that may be mine- But the voice-- if I have truly done my work, the voice is not mine at all. It is of the people, and I work on it, will not put it down, until I get it right.

Here are some stories I have listened to, reframed, and written into plays that have been produced around the country.

If you think about it. The mule. Well, see, the mule is a cultural artifact. You dig up any old civilization and find mule bones around the area, you know they had agriculture and a steady way of life- just as sure as if you found a piece of a hoe or rake. The mule has been a part of a civilized society up ‘til about recently. And they always had names. Every animal had a name. Dot, Old John, Maude, Jerry, Kate. You never knew anyone who didn’t at some point have a mule named Kate.

And the land you worked had names. Joby Terrace, because it was next to where Job Cheek lived, even though he’d been dead a decade. Tom Adams Terrace, the Round Terrace, because it was on a hill. You always had a New Ground Terrace. That would be the place where you cut fresh forest. But sometime ago, we stopped naming, and started numbering. I went to an estate sale on the old New Ground Terrace. They were selling boxes in lot numbers, and lot number 17 had dozens of pictures of old people from the 1800’s. None of them are named. They’re all tossed together in there as lot number 17.

Something happened when we stopped naming our animals, and started numbering them, like so many gallons of oil. When we numbered our fields, like we had enough of them to go around. Might not sound like much. But when we stop being so personal to the people and land and animals we work with, it changes how we live. We haven’t been doing it all that long, so it’s hard to say yet whether that change is a good thing or a bad thing. But all I know is this. Somebody’s grandmother’s picture is hanging on the bathroom wall of a bar in Atlanta. She was part of lot number 17.

Mama. Ever since we moved here, it’s like you keep slipping back to them days. You don’t have to live like that anymore. It’s been forty years now you been free.

What’s it mean to be free on paper?

See, there’s the idea of something, and there’s the thing itself. Like, waiting on the rain, and then when the rain finally falls. You know about rain. But knowing about it doesn’t grow the field none. You got to actually have it.

Like waiting on a prayer, and then when the prayer is answered.

Yeah. You know, I think that’s more like it. Rain, I knew what rain was ‘cause I stood in it and worked in it. When I thought about it, I knew what I was thinking about. But freedom. I’d think about it, I’d pray about it, but I never stood in it. Never knew what it would feel like, coming down on me.

When it finally came, I was in that field over there. Old Miss Lizabeth just stood there. Put her hands on her hips. Said, “Ya’ll free now.”

I didn’t know what that meant. I didn’t feel nothing come down on me.

But the day freedom came my way, I waited for it to come down on me like rain. But I didn’t get wet.

Where I grew up in Texas, there was a farm with cows and every day, those cows got milked. Twice a day, just milking those cows for all they had. I wondered how long those cows would give milk. And what happened to ‘em when they didn’t produce anymore. I left Texas before I found out.

Chicago was a different world. Train whistles and traffic replaced the sounds of the farm I was used to. I looked around the neighborhood, and realized, there’s a farm here, too. There is. Only they don’t farm cows here. They farm children.

I’m trying to reach the kids, but we’ve got a problem. Our kids in Austin and Lawndale are being siphoned off in the foster program, as long as they have bounty attached to them. After they turn twenty one, the money disappears and they’re turned out. But there ain’t no green pasture they get turned out on. It’s the pavement, the underpasses where these kids are ending up.

You say you got a problem with kids selling drugs, well, what else are you raising them for? You turn them out without education and hope, what do you expect? You think the job fairy gonna come down and give them a suit of clothes and a fancy office with a high school education or less? You think the house elf is gonna come and give them a two flat? It’s true in the world, you can make it on peanut butter and jelly, but someone on the farm has to teach the kids they can make it, and give them hope that there’s more than peanut butter and jelly.

I believe in the power of prayer. I think our every thought is a prayer. I pray for these children. How are you praying? You see a kid and think, he’s gonna be a drug dealer, she’s gonna be pregnant at fourteen, well, friend, what kind of prayer is that? I look at these kids and say, you can be a truck driver. You can be a teacher, a lawyer, a writer. You can work for the city and get a nice pension. Who’s praying for these kids to be dealers?

Farm ‘em out, milk ‘em ‘til they turn twenty one and dry up and then turn them out. Do that, and all you prayin’ for is them with their little black bags, and their black jackets and nice shoes and BMW’s, only they won’t live long enough to get the pension. Twenty one years old and already marked, and if they decide to leave, they’re dead. Doesn’t even take bullets these days. One of my boys from Friendship was found by the el tracks last week. Hands tied behind his back, with a bag tied around his neck. Police officer who found him was another one of my boys from Friendship. There’s nothing sadder, nothing more ironic that that. But that’s the power of prayer. One of ‘em lived home with his momma. The power of that prayer of hope from his momma passed on to him. But these farm kids. Who’s praying for them? How are we praying for them? Who are we raising on these farms? And what are we raising them for?

Which Do You Prefer To Do?

Are you a story teller or story listener? 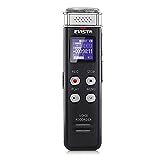 Guestbook. Please leave a comment if you enjoyed this lens. - Do You Prefer to Tell Stories Or Listen?