Published in 1985, Jilly Cooper's Riders is the first I read by this author and remains my favourite. I found Riders one summer in a charity shop and read it non stop until I had finished, I was hooked! Since then I have read all 8 in her series known as the Rutshire Chronicles, so called as they are based in the fictional English county of Rutshire.

This is a multi stranded tale about a tight knit group of top level riders within the world of show jumping, starring the handsome upper class scoundrel Rupert Campbell Black.

Set in the late 70's to early 80's, you are immersed in the glamorous personalities, their rivalries, romances and intense ambitions. You follow this group of talented show jumpers around the world as they compete, cumulating in a dramatic finish at the 1984 Los Angeles Olympics.

Jilly Cooper's Riders is a fantastic read, with plenty of drama, romance and sheer frivolous froth. Jilly Cooper preceded chick lit fiction, this is classic 80's bonkbusting blockbuster fiction at it's very best . The front cover of the book (right) says it all - cheeky naughty fun! 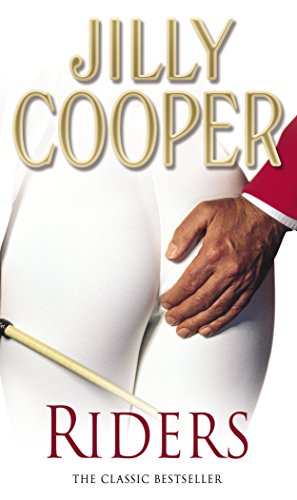 Riders is a book for adults!

He has everything - rich, upper-class and incredibly talented. He is ferociously competitive, ambitious and his thirst to succeed brings out the bad streak in his personality. Rupert is very promiscuous, arrogant and has a terrible temper. Rupert can be cruel to his horses, beating them up and sending them to stone pits when they are no longer useful. He treats his wife with very little respect.

Despite this, you will root for him at the very end and hope he will succeed against all the odds. Throughout the book you will be hoping Rupert's redemption will come!

In 1993 a mini series of Riders was created for ITV (British television) and the English actor Marcus Gilbert played Rupert. Marcus Gilbert is a handsome man, but not perfect - and Rupert is, in my mind and millions of other women's, exceptionally beautiful!

Jilly Cooper based Rupert Campbell Black on four different men, Brigadier Andrew Parker Bowles (the former husband of Camilla Parker-Bowles), the Earl of Suffolk Michael Howard, Rupert Lycett Green and the Duke of Beaufort David Somerset. Jilly was quoted to say "They were a wildly dashing and exciting group, and their bravery and charisma were the essential elements of Rupert's character." The bad aspects of his personality were made up and of no reflection of these gentlemen. Read the full article about who Rupert is based on here from The Telegraph newspaper.

A Great Quote from Riders....

"Goodness, he was well constructed. Usually, men with such long legs had short bodies but Rupert, from the broad flat shoulders to the lean muscular hips and powerful thighs, seemed perfectly in proportion." 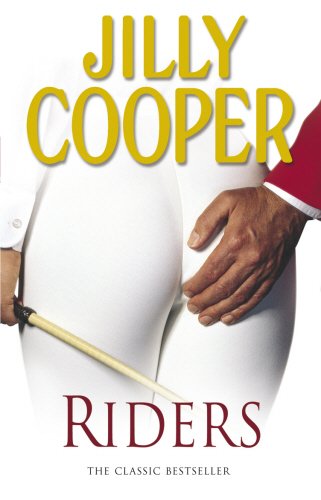 Apart from Rupert Campbell Black the other two main male characters in Riders are:

Jake Lovell - Dark, brooding and mysterious, Jake Lovell is a half gypsy orphan who wears gold earrings and has a natural instinct with horses and women! His life and upbringing is very different to Rupert's and after being bullied mercilessly by Rupert as a child, he is out to seek revenge on Rupert professionally and personally.

Billy Lloyd Foxe - Smiling, jocular, laid back and very sweet, Billy is Rupert's best friend. Billy inspires loyalty in Rupert, who sticks by him through thick and thin - and vice a versa.

Around these key characters orbit their families, girlfriends, wives, team mates and competition. The rivalry between Jake Lovell and Rupert Campbell Black is the pivotal point to the plot and from this revolves the sub-plots between the other characters. Jilly Cooper is a master at seamlessly weaving all this together into one big adventurous romp through the Cotswold countryside and playgrounds of the rich and famous.

"The male is a domestic animal which, if treated with firmness and kindness, can be trained to do most things."

More Information about the Author, Jilly Cooper - The Queen of the Blockbuster Novel

Jilly Cooper was born in 1937 in Hornchurch, Essex (UK) and is married with two grown up children. She has written 19 novels and 27 non fiction books!

Jilly is a huge horse and dog lover, and animals play a central part in her novels. Jilly's books are often labelled as "fun trash". Personally I don't think they are. They are "bonkbusters" but are very well written and researched. Jilly Cooper has an engaging style, all the characters are interesting without exception - she has a talent for engrossing the reader. You read one book, and you will want to read them all!

Are You a Jilly Cooper Fan? - or do you prefer Jackie Collins?