The Stories Julian Tells is a popular beginning chapter book for students at third grade level. It's an engaging family story with some 'big ideas' or themes that children have to dig to get to. It's a Common Core reading selection. My favorite way to use the book, though, is as a mentor text to teach writing.

Some of the chapter topics match up so nicely with the personal narrative topics that we assign elementary students: those big firsts in children's lives. We often ask children to write about making a friend: The last chapter in The Stories Julian Tells is an anecdote about making a friend. And then there's the perennial loose tooth topic: In another chapter, Julian loses a tooth.

Since The Stories Julian Tells is told in episodes -- with most chapters self contained -- it can be relatively easy to attach main ideas. The chapters about the tooth and the new friend are especially effective for introducing this concept. The chapters also model how a simple main idea can be elaborated. They are straight forward in style and contain a nice blend of dialogue, setting, and action.

Looking for lesson plans in reading comprehension, writing... or both? I'll share some below.

Image by the Author

I like to use the opening chapter to discuss word choice. Early on, the reader is treated to a paragraph of description of Julian's dad. Only the first sentence, though, focuses on his physical attributes. After that, the author uses figurative language to give a sense of what this dad is really like.

I love this line: "When he thinks, you can almost see his thoughts sitting on all the table and chairs." (Here is a student challenge: What is it about Julian's dad's thoughts that make it seem like they could sit in chairs? Are they heavier? Lighter? More solid? Does Julian's dad show his thoughts more or make them seem more real? Can you find a picture of someone who looks like their thoughts could sit in chairs? Can you make yourself look that way?)

I'm not the only one who just loves that passage about Julian's Dad. Here's a book review that goes into depth about that particular passage and the striking word choices the author makes to paint a picture of Dad. She notes that the passage is not straight-forward, but still manages to be accessible.

Struggling readers? Some children, I think, will get a better sense of what the figurative language means if the teacher reads them aloud and hams it up a bit!

Overall, the vocabulary of the Stories Julian Tells is not as difficult as some Core texts (e.g., The Lighthouse Family).

Here are some "tough words" by chapter. Some will be unfamiliar to many students; others are familiar, but may be difficult to decode (especially for students who aren't adept at using context clues or word parts).

One of the themes in The Stories Julian Tells is responsibility. Julian is like a real kid, and one thing this means is that there are moments he just isn't so responsible! Students can be detectives and watch for those uh-oh moments (for example, Julian when eats the pudding his dad made for his mom or tells his little brother a whopper of a story about 'catalog cats').

I like letting children sticky notes to keep track of thinking (as suggested in Mosaics of Thought, The Comprehension Toolkit, and other curricula based on proficient reader strategies). What big ideas will emerge?

'Because of Figs': Tackling Big Ideas

"Because of Figs" has some especially big ideas, guilt and remorse among them. This is a chapter that's it's good to do as a read-aloud because that offers the opportunity to think aloud and model comprehension. One focus is inferring Julian's feelings. These aren't directly stated, but the author does gives us lots of clues to help us label them.

What was one of Julian's big wishes as a little kid? He wanted to be big! In the chapter, a much older Julian remembers how he got a new little fig tree for his fourth birthday and stunted its growth because he wanted its growing power. It's growth was visible in the early days. Julian, though, stayed the same size as the mark in the bathroom. (Ah, the discouragement!)

And so Julian picked those first baby leaves to eat. They tasted worse than spinach, but he felt sure they would help him grow. (And this right here is a great topic for discussion. Adults have traditionally told children that spinach would help them grow. Popeye ate spinach for special powers. Might this have anything to do with Julian's thinking about the fig trees?)

Julian eats those new budding fig leaves for a long, long time. He grows. The fig tree doesn't. Children can trace how he feels during this time and look for specific clues in the text. They might find evidence of mixed feelings.

Ultimately, Julian changes his behavior. Why? There are some poignant scenes toward the end of the chapter, and it's important that children understand them. Some children may feel sad themselves at the description of the fig tree.

We don't learn, in this chapter, whether the little fig tree begins to grow again, but we have some clues. Can children find them?

Basic Comprehension: Because of Figs

What does Julian want? (To eat fig leaves? To be big? To keep the fig tree from growing?)

Does Julian care about his fig tree? How do you know?

Why does Julian stop eating the fig leaves?

Studying photosynthesis in third grade? The chapter is also good for making cross-curricular connections: Why does the planet need its leaves? Will Julian get the same effect by eating them? Well, no, not unless Julian is capable of photosynthesis...

A school where I used to work had a copy of this book, and I liked to run a few of the lessons, including the introductory lesson and the personal narrative about losing a tooth. I ran it in slightly modified form. I like the graphic organizations that came with the lessons.

As for the templated, patterned introductions... I think they are helpful for some students. What I would do was tell the children that they could use the template if they liked -- it was there to help them. But if they had another idea that worked better, they could go with that instead. The children varied a lot in the sophistication of their writing.

10 Easy Writing Lessons That Get Kids Ready for Writing Assessments: Proven Ways to Raise Your Students' Scores on the State Performance Assessments in Writing
Buy Now

It may at first seem that Julian is so much more interesting than a real kid when he makes a friend or fails to follow a direction. But is he really? Or does he seem that way because the author has a knack for choosing the right details? Julian does have a tendency to tell stories --and so does his dad! But people in real life tell stories or jokes. People in real life make us laugh.

Julian's losing a tooth story may be more interesting than some. His grownup teeth start coming in while his baby teeth are still there! That doesn't happen to everyone -- yet it's not so far outside the norm. In fact, it happened to me, as I have sometimes informed children. I -- or Julian -- can make the story interesting or make it dull. If Julian just reported the most basic facts, he could still have a dull story. But he shows us his feelings and how they change over time. He gives us some dialogue that puts us right there in the scene.

It's true: Writers won't always have something as interesting as Julian does when they're tackling an assigned prompt. But if they learn to listen to the colorful and the funny dialogue...

Incorporating (More) Common Core: Throw your Tooth on the Roof

If you are using a lot of Common Core texts at your school, you may want to study Throw your Tooth on the Roof at the same time that you read the tooth chapter in The Stories Julian Tells.

It's nonfiction: an exploration into what children in different parts of the world do with those missing teeth. Students can explore cause and effect relationships. 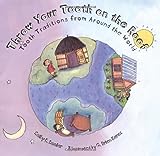 Throw Your Tooth on the Roof: Tooth Traditions from Around the World
Buy Now

I don't know of any free graphic organizers designed specifically for The Stories Julian Tells, but will link below to some resources that can be used to create them. Some of the motiffs we find in the story -- kites and teeth, for example -- are available free.

Julian has more than one volume's worth of stories. And if he's not enough of a storyteller... his little brother Huey and best friend Gloria also get in on the narration!

Some books, like More Stories Julian Tells, consist of multiple short adventures. Others, like Gloria Rising carry a plot line through from beginning to end. The difference in structure is worth talking about (and possibly worth story mapping).

Julian, Dream Doctor, another book with a straight-through plot line, is a good model text for young writers. I love the description in the opening chapter. Cameron, in role as Julian, does a striking job comparing and contrasting Julian's parents.

More Stories Julian Tells, meanwhile, teaches how we can add nonliteral language and images to a story to make it more memorable. At the beginning of a two-chapter sequence, Julian announces that he wishes he was Smokey the Bear. Then he proceeds to tell a story that has nothing to do with actual fire, but of how a few figurative sparks can grow into catastrophe. Students can make predictions at the beginning of the 'Smokey the Bear' chapter. They will likely make literal predictions; they can revisit them later and explore why Cameron may have used the Smokey motif to develop the story. 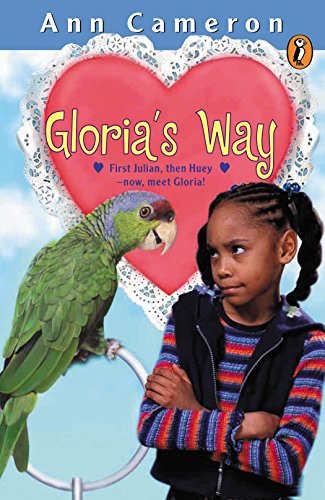