My Favorite Three Books: What Are Yours?

One of the books in this hub is Cloyne Court, by Dodie Katague. The book describes his experiences during his college years in UC Berkeley.

Three of my favorite books are: Playing with Water by James Hamilton-Paterson, Cloyne Court by Dodie Katague and World as seen Under the Lens of a Scientist by Vithal Shetty.

The first of my favorite books is:

“Playing with Water” by James Hamilton-Paterson

James Hamilton-Paterson is a British poet and novelist. He is known to be one of the most reclusive of British literary exiles who shares his time between Austria, Italy and extensive periods over the last 30 years in the Philippines. He is generally known as a commentator on the Philippine scene, where he has lived on and off. His novels on the Philippines includes “Ghosts of Manila”, and “America’s Boy” (1998), the latter setting the Marcos regime into the geopolitical context of the time.

One of his books, “Playing with Water”, sold more than 4 million copies, described in a book review by New York Times as “a work of such genuine commitment, balanced perception and responsive passion that it will certainly be condemned to become a classic.

I have read this book a few years ago. I had almost forgotten this book, until last month when a fellow blogger from Marinduque posted an article about this book. It triggered pleasant memories of Marinduque. I love this book so much, I read some chapters twice. It is one of the best books, I have read about my island Paradise and my retirement home of Marinduque. It was written and published in the late 1990s but the lessons one can learn from this book are still applicable today. Here are two reviews of the book:

“Go read…it’s good!,” By A. N. Teodoro III (River Edge, NJ, USA) – This review is from: Playing with Water: Passion and Solitude on a Philippine Island (Twentieth Century Lives)

“I read this book so many years ago, but I can still remember how good it is. This book is not only about the underwater world but also about the goings-on in a typical barrio in the Philippines. It has a socio-economic aspect to it that I found quite realistic, having been born and raised in that very same third world country. It amazed and pleased me that a foreigner like Hamilton-Paterson could, quite accurately, capture the very essence of Filipino rural society—like the old woman who he suspects isn’t so aloof and taciturn as she seems and the children of the barrio who frolic in the water and in their humble amusements, oblivious of the shortcomings of a third world upbringing. The book is an unusual stew of underwater adventure and an unpatronizing account of a life among barrio folk”.

Another 5 Star Review: This book surprised me; I was expecting an interesting read but not a particularly poetic and insightful one. I really enjoyed the author's use of descriptive language about everything he turned his eye toward; his interior landscapes are as vivid as his external ones. None of what I'm saying tells you much about the book's contents, though. It mainly concerns the time he spent on an isolated island in the Philippines, along with the people and ways of life he encountered there. I suppose one could throw in a reference to Robinson Crusoe here but that would be to miss the richness of the author's account.

This is the first time I've given 5 stars in a while and I'm going to search for more from him.

This book was written by my oldest son in 2009. As his father, who loves blogging, I am really proud of his writing accomplishments, considering this is not his primary job. Here are two reviews of the book.

“In 1977, when 18-year-old Berkeley college student, Derek moved into the student residence co-op, Cloyne Court, sight unseen, little did he know he would learn about life, love, sex, drugs, music, alcohol and co-ed showers—all on the first day.

Located one block North of the University of California, Berkeley campus, this real and notorious student-run house has provided an alternative, counter-culture, hedonistic, raucous, and unique living experience for the “Clones”, as the students call themselves, who choose to live here each year, despite the public and parents calling for a permanent shut down of this enduring and historic building.

Based on his journals and memories of his college days at this real-life “Animal House”, author Dodie Katague weaves true events of life at Cloyne Court co-op into a zany, wild, and nostalgic story about the carefree time of every college student’s life.

“Sure to entertain any of those who enjoy a good story of the world of the fraternities and sororities, "Cloyne Court” is a fine memoir and a read well worth considering.“

“I wish I had as much fun as Derek did in college, I recommend this book for anyone that has gone to college, or plans to go to college, or thought about going to college. Also for anyone who knows someone who went to college, because that buttoned up shirt wearing respectable man might have some stories to tell" 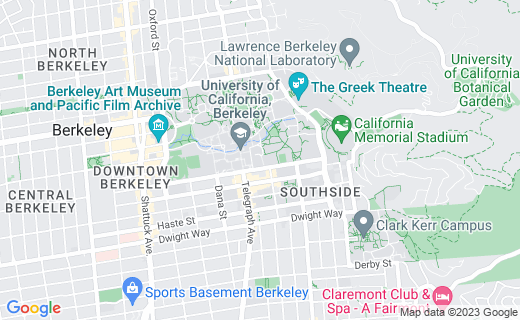 World as Seen Under the Lens of a Scientist, by Vithal Shetty

My 3rd favorite book is World as Seen under the Lens of a Scientist.. Shetty's book is his biography discussing his life from the slums of Mumbai to his life as a scientist at the National Institute of Health and in the Food and Drug Administration(FDA) in Maryland.

I have read some parts of the draft of this book and heard and witnessed in person portions of Dr Shetty’s life and achievements, but it was only the other day that I was able to purchase the published book. It is an inspiring story, typical of a rags to riches story, but it is different because I know this scientist personally and had to supervise his work as a Review Chemist in FDA. Here’s a press release and summary of the book published in March 2009 by Xlibris.

“Long before he arrived in America, Dr. B. Vithal Shetty experienced racial arrogance and discrimination. Even though he got admitted to the University of Pennsylvania, he had trouble finding a place to live and decency as white people disrespected him for his ethnicity. Along the way, he made constant adjustments in order to move his life forward while striving to earn respect through his close friendship with African Americans. Eventually, the author finally achieved redemption when he became an internationally renowned drug discovery sterling scientist. An engaging look back at Dr. Shetty’s life begins with the release of his new book World As Seen Under the Lens of A Scientist: Negro Zero To American Hero Who Changed United States From American Hypocrisy To Greatest Democracy”.

Dr. Vithal Shetty was one of the Chemistry Reviewers under my supervision during my employment with USFDA from 1990 to 2002. Dr Shetty is also the discoverer of Metolazone (a drug for treatment of high blood pressure). He is also currently working on drugs for the cure for HIV/AIDS.

I wrote a brief article on Dr. Shetty’s work and accomplishments titled “Chemistry Reviewer Still in the Lab” when he was still under my supervision as a chemistry reviewer. It was published in News Along the Pike, an FDA Newsletter before my retirement in 2002. Dr. Shetty’s autobiography is an inspiring one. He came from the slums of Mumbai, India and encountered discrimination in 1950s in the US. Today he is an accomplished scientist in the United States with more than 200 patents in his name.

I believe that someday he may win a Nobel Prize either in Chemistry or Medicine, if his research on HIV/AIDS drugs becomes successful.