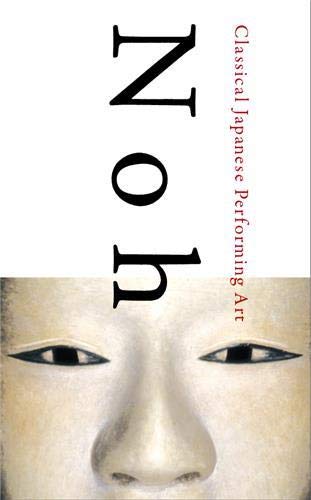 Noh is a form of Japanese drama. The noh drama was developed in the 14th century under the patronage of the imperial court and the aristocracy. The stylized actions and gestures, exotic costumes, and highly conventionalized stage settings of the noh drama contrast sharply with the generally realistic modern drama of the West. The Japanese noh plays attempt not to imitate everyday life but to create a mood of pure beauty and emotion that will entrance the spectator.

The general form of the noh play was originated by a father and son, Kanami Kiyotsugu and Zeami Motokiyo, who wrote most of the approximately 240 noh plays still performed. Each of their works contains an intricate blend of chanting and dance, which typifies the noh drama. The dances are a series of symbolic postures and stances, executed with deliberate, slow motion. All movements end in a stationary pose, which provides the most dramatic moment in the dance. The chants, delivered in singsong intonations, are derived from many literary sources, including classical Japanese and Chinese poetry and native folklore.

The formal staging of noh plays has remained almost exactly the same for centuries. The main playing area is a platform 18 feet by 27 feet with four corner pillars and a roof. The stage is open on three sides and has a back wall on which a pine tree is painted.

The only other scenery is an occasiona1 symbolic piece, such as a small wooden framework representing a boat or a bush representing a tree. A chorus and musicians sit on the stage throughout the performance, accompanying the actors with chanting and music. The characters, often numbering only two or three, enter by dancing along a passageway at the rear of the stage.

In the noh drama both male and female roles are played by men. The main actor, who is called the shite, performs the play's important dances, often using a fan, sword, or other object for dramatic emphasis.

Since the plots of most noh plays are taken from legendary ghost stories, the shite usually assumes a double role. At the beginning of the play he appears in human form. Later he appears as a ghost or spirit that has been concealed under the human shape.

The disguises and double roles in the noh play are achieved by the use of wooden masks, which are carved and painted to represent certain character types. Some of the most common types are demons, priests, peasants, old men, warriors, and young' girls. Although the masks are fixed in their appearance, they are carved in such a way that a skilled actor can convey a wide range of expressions by certain motions of his head. Noh masks are among the finest examples of Japanese sculpture. Equally treasured as museum pieces are the noh costumes, which are made of richly colored and patterned silk. Like the masks they are stylized to represent types of characters.

The great solemnity of the noh plays is burlesqued in farces, called kyogen, which are usually performed as interludes between the noh plays.

The characters in the kyogen include stupid masters, crafty servants, shrewish wives, and other comic types. In contrast with the aristocratic noh dramas, whose difficult language makes it necessary for the audience to follow a libretto, the kyogen plays depict common events and use colloquial language. Another form of Japanese drama is the kabuki, which developed in the late 16th century and is the popular national drama of Japan.