Royalty - Poems of Traditions and Continuity

Royalty - Poems of Traditions and Continuity

Like me, many love to hear stories of kings and queens; princesses and princes. This lens is a view of royalty, both real and imagined, through works of original poetry. I hope you enjoy reading!

You can also buy the book of poetry entitled Kings and Queens by Eleanor Farjeon and Herbert Farjeon. It's just below.

All poetry copyright Mindy Makuta (aka MyFairLadyah) Reprint with Permission

A List of The Original Poems on This Lens

This Hub Reflects on the Royal Houses

Using original poetry it gives an interesting and unique depiction

You'll read a story about a princess in a fairy tale

And also of real royal folks of England and of Wales

Kings and Queens
Herbert and Eleanor Farjeon’s "Kings and Queens", first published in 1932, is a classic of children’s literature. These poems tell the story of the forty-one English monarchs since William I in a humorous manner, delighting generations of children. Its witty approaches to history will entertain children and parents alike. * Each charming poem is dedicated to a different King or Queen * beautiful facsimile edition featuring wonderful illustrations by Rosalind Thornycroft * the book is presented as it was originally designed to be enjoyed
Buy Now

Order in the Kingdom

The palace lies in an uproar

To rest, this mayhem we must put

I am Queen. Do not my call ignore

Kings and Queens and Dukes and Earls

Kings and queens and dukes and earls

And all who had a certain bloodline

Had royal courts and gems and pearls

Were guaranteed their lives so fine

To run the lands and tax the townsfolk

To fund their palaces and castles

To on a whim an edict invoke

For serfs and servants all the hassles

Nobility was just by matter of birth

And no matter that a man could think

If he weren't royal little chance of worth

Oh the unfairness if no blood link

The servants they were duty bound

To serve the feasts at royal tables

When knights chased foxes with the hounds

The liege would be working at the stables

Video on the Monarchs of Europe

21st Century Royalty - Fast forward a few hundred years from the poem "Kings and Queens and ..." 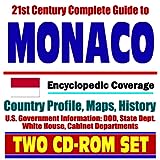 High in a tower a princess waits

For destined knight to climb the vines

And carry her out the castle gates

After years in squalid, dank confines

Her uncle locked her away from sight

In a power play to rule this realm

Too superstitious to kill her outright

The land is black since he's at the helm

So she and her knight would gather a force

To take back what is rightfully hers

They would plan each detail; chart a course

To free her subjects from vile powers

Just in time; she's so thin; she would die

The man scales the stones to her tiny room

Pulls her to his back, down they hie

Onto his steed, away from her doom

By and by she's stronger

Her knight is in command

Onward and over the ramparts,

With small loss of life

The crowds rejoice at the turn of events

The princess and knight soon to wed

But they have mercy on the evil tyrant

Consigned now to the tower instead

Readings on the British Monarchy

Of Stonehenge and of Dover

Of citizens to Queen loyal

With Parliament ruling over

There's Wales to the West

And great Scotland above

With the peoples thereof 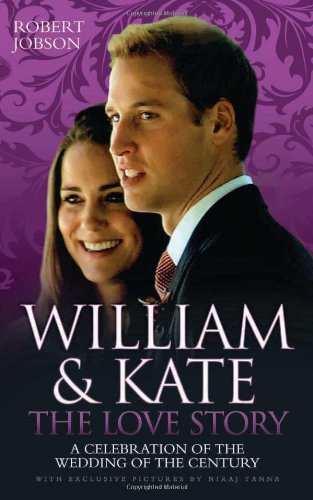 William & Kate: The Love Story: A Celebration of the Wedding of the Century
Buy Now

To Diana Were Born

To Diana Princess of Hearts, were born

Who do their mother greatly mourn

Yet now they're old enough to marry

Shall Charles be King before his Son

Is not known to the British realm

Elizabeth II sits upon the throne

So whene'er the time is right for Wills

To be named a King by Coronation

He shall have attained the modern skills

To be a great Royal for his Nation