Patrick O'Brian is one of the best authors of the 20th century.

His most famous novels are the Aubrey-Maturin (aka Master and Commander) series. Less well known is that O'Brian authored a variety of works including novels, short stories, critically acclaimed biographies and translations of French literature.

Read on to explore O'Brian's diverse range of works and interviews with him before his death in 2000.

2. His attention to detail and character development are incredible.

3. A captivating and challenging writing style that draws you into the story and doesn't let you go.

O'Brian wrote Caesar at the age of 14 and it was published by the time he was 15.

Caesar: The Life Story of a Panda-Leopard
Buy Now

Given his passion for research and attention to historical detail, it's not too surprising that O'Brian was a successful biographer.

Picasso : A Biography
O'Brian knew Pablo Picasso personally and wrote what some reviewers consider the best biography of him.
Buy Now 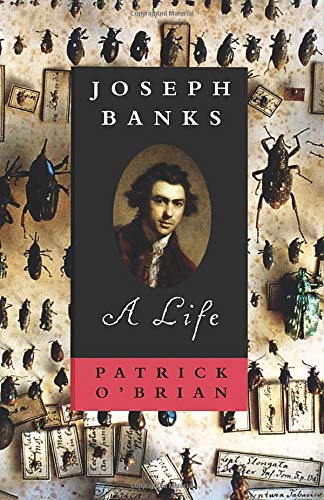 Joseph Banks: A Life
Sir Joseph Banks was an 18th century British naturalist who explored the globe with Captain Cook and served as president of the Royal Society.
Buy Now

O'Brian was notorious for protecting details of his private life during interviews. The NY Times article in the first link below captures this aspect of O'Brian's personality well.

An Evening with Patrick O'Brian

The following video is from a 1995 interview with Patrick O'Brian at the Mariners' Museum in Newport News, Virginia, before the release of The Commodore, the 17th book in the Aubrey-Maturin series.

The audio quality is poor in some spots making it difficult to hear bits of the conversation, but it's well worth watching the entire piece.

O'Brian's wit, knowledge of naval history and literature; and humor come shining through during the session. His humor is especially evident during the audience question and answer period.

Early Adventures at Sea - Predecessors to the Aubrey-Maturin series...

The Golden Ocean
O'Brian's first naval adventure about a young midshipman sailing on his first voyage. This was the first book I read after finishing reading the "Master and Commander" series. Check out my detailed review of "The Golden Ocean".
Buy Now

The Unknown Shore
A parallel story to "The Golden Ocean".
Buy Now

The Master and Commander Series - aka the Aubrey-Maturin series

The books of the Aubrey-Maturin series are O'Brian's most well known and widely read works. There are 20 books in the series plus an unfinished 21st novel that O'Brian was working on when he died. To learn more about the series and see the full list of books in order, please visit my Master and Commander lens.

Master and Commander
This first novel of the series introduces Aubrey and Maturin to each other and is a thrilling read. Plenty of action at sea and detail about life aboard ship.
Buy Now

The Complete Aubrey/Maturin Novels (Vol. 5 volumes)
After you read the first one, you'll want to read the whole series. This hardcover set is a great value.
Buy Now

Not part of the fictional series, O'Brian wrote this non-fiction book as a reference to provide more detailed descriptions of daily life at sea in Nelson's Navy.

O'Brian authored novels on a variety of subject matter. Here is a sampling of them. 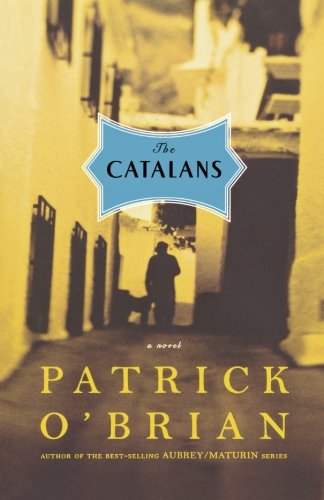 The Catalans: A Novel
Buy Now

How many Patrick O'Brian books have you read?

In addition to writing his own novels, O'Brian also translated classic French works into English. Two of those are listed here...

As noted above, O'Brian was very protective of his private life. In the interview video above, at the start of the question and answer session, the moderator tells the audience that all questions should be limited to his books only. When answering one of the questions, O'Brian states that he hopes a biography of him is never written.

Two unauthorized biographies were written about him... 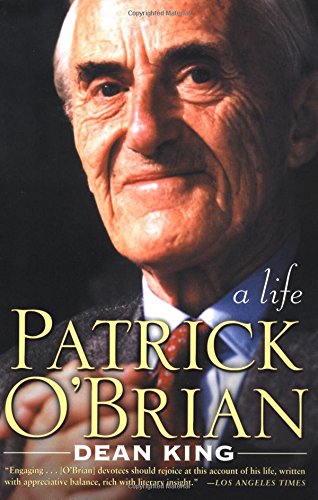 Patrick O'Brian : A Life
An interesting biography of Patrick O'Brian that relates elements of O'Brian's life to his Aubrey and Maturin characters and their stories. The author, Dean King, is well versed in the Aubrey-Maturin series and has also co-written two non-fiction companion books to the series.
Buy Now

Patrick O'Brian: The Making of the Novelist, 1914-1949
Written by O'Brian's stepson, this biography covers the first half of O'Brian's life before he began writing the Aubrey-Maturin series.
Buy Now

Share your opinions of Patrick O'Brian's work in the comments below. What's your favorite O'Brian book?