W.H.Auden's "The Shield of Achilles" is thematically quite similar to Eliot's "Wasteland" in its representation of a world devoid of principles and ethics that in its march for success has lost the true meaning of life as echoed in phrases like "an unintelligible multitude", "column by column in a cloud of dust". etc. An analysis exemplifies how the Homeric myth is rendered into an allegory of the contemporary times. A conceptual construct drives us from myth to reality, where reality is supposed to demystify myths.It is Auden's disgust at the totalitarian regime of the modern world where the individual is relegated. The Achillean world serves as his mouthpiece to comment on the stagnation of the modern world. The classical world is set against modernity. Monroe.K.Spears asserts that the shield symbolizes images of the human condition. The poem portrays the insignificance of a life devoid of conviction.

Juxtaposition of Myth and Modernity

Achilles is the celebrated Greek warrior of the Trojan War. Thetis, the mother of Achilles looks at the shield of Achilles that was hanging over his shoulder. The shield at once acts as an emblem of art and a historian, in that it reflects the civilization of a certain time. It was specially made for Achilles by Haphaestous, the blacksmith of the Gods. The mother searches the shield for:

For vines and olive trees,

And ships upon untamed seas,

But there on the shining metal His hands had put instead

It reflects the hollowness and futility of a life that verges on nothingness. The word 'artificial' points to the superficiality of this sort of life. The sky like 'lead' echoes the metallic, frigid and cold human behavior.

The plain is without any feature; it has no individuality. There is no blade of grass, no vegetation and therefore, it is barren. There is no sign of neighborhood and no communion. In an era of competition, people have a shortage of the basic amenities of living. What foregrounds the background to Thetis is a multitude of soldiers. The soldiers wait for the command of their leader. They are an "unintelligible multitude", just like a herd of cattle with no ability to rationally think or speculate. They are "without expression": without the power to communicate.

The modern life is one that is based on logic and reasoning. It is characterized by a lack of sentiment. Just as the tone was 'dry and level'. The issue for war was not discussed with the multitudes; it was an authoritarian assessment. Statistics were enough to prove that the cause was just. The face ordering the same is not visible either, he has no identity, and is therefore, a construct by himself. The line: "No one was cheered and nothing was discussed," echoes Tennyson's "The Charge of the Light Brigade":

Their's not to make a reply

Their's not to reason why,

Their's but to do and die.

Thetis searched the shield for scenes pertaining to Greek life (as depicted on Keats' Grecian urn). The phrase 'white flower garlanded heifer" echoes the same. The term 'ritual pities' also reflects the same. The 'libation' refers to the pouring forth of wine in honor of a God.

In the flickering forge light in the dim light of the blacksmith's workshop, she observes yet another scene. The scene is of a concentration camp where prisoners of war are kept. Officers cracked jokes to while away their time. The enemy soldiers amidst such callousness are captured and tied to three stakes and killed. The irreverence of the picture is a reminder to the crucifixion of Christ filled with overwhelming reverence. The modern society with the loss of religious conviction is juxtaposed against an act that is emblematic of the redemption of mankind. The image depicted here is a travesty of Christ's ordeal. The claustrophobia of confinement and enslavement is referred to in the line: "Barbed wire enclosed an arbitrary spot."

The people of the world are cheated by the so-called commander into the logic of their reason. Little did the common people comprehend that though they were small in comparison, nothing could be done without their acceptance. They could not hope for help, and therefore, no help came. Nevertheless, redemption lay in their own hands. They die before their bodies as their self-respect is crushed under the totalitarian forces.

She looks for athletes at their games, and men and women in dance rhythmically swaying their limbs to the beat of the music. However, in the reflective shield that she held there were no such 'healthy' images but only those of decay and decomposition - "a weed-choked field".

What one is finally left with is aimless, impulsive people out to hurt each other for no reason at all just as the 'ragged urchin' mentioned. People regress into primitivism and develop animal-instincts. Unwarranted violence, rape, broken promises and lack of humanity was the order of the day.

Hephaestos is the God of fire and the metal smith who made the shield of Achilles. Thetis, the mother of Achilles cries out in despair at the thought of the inevitability of death and at the idea of the death of her son. "The strong/ Iron-hearted man" referred to in the poem is Achilles. War, in such an instance, poses as a metaphor of life where people are caught in the rat race of survival of the fittest. One eventually succumbs to the same.

The content is the copyright of Rukhaya MK. Any line reproduced from the article has to be appropriately documented by the reader. Â©Rukhaya MK. All rights 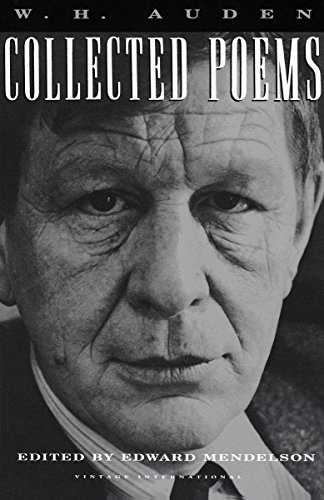