Pride And Prejudice by Jane Austen

This lens was created to celebrate my favorite story from Jane Austen, Pride & Prejudice. I have read all of her novels but Pride And Prejudice has long since been my favorite in all its many incarnations: be it books, movies and spin offs.

I've never really considered myself to be a romantic but, deep down I must be. The subtle reserved attitudes of the era in which Jane Austen writes always gets me wanting her characters to just let loose and embrace each other. This page started out as being a brief review of a couple of movies and quickly grew into this large display of all the various Pride And Prejudice stuffs that are out there.

So this page is a compilation of all the various ways you too can enjoy Jane Austen's classic novel, Pride And Prejudice.

This Lens Contains Pride and Prejudice

Books That Continue The Story

Books That Add A Creepy Storyline

The Plot Of Pride And Prejudice

The History of the story

A Quiz to test your Pride And Prejudice knowledge.

Are You A Fan Of Jane Austen? 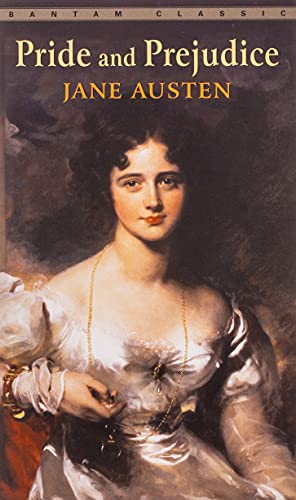 The Plot Premise Of Pride And Prejudice

Jane Austen's classic tale of love and economics which is written with wit and humor.

This is the story of the Bennet family. Mr. Bennet has five daughters, whom Mrs. Bennet makes it her life's work to see married off, hopefully advantageously. Because Mr. Bennet had no sons his estate is to be entailed off to a cousin upon his death. If this should happen his wife and children will be cast out. This gives Mrs. Bennet all the more reason to actively pursue matchmaking for her girls. This is a time when love was not a high priority when choosing a partner. Status in life was everything. But at least a couple of the Bennet girls are of the romantic sort and will only marry for love, much to the disappointment and vexation of their mother.

When a wealthy single man moves into the community with his even more wealthy friend, the entire Bennet family's life gets turned upside down.

The Most Recent Versions Of The

I have seen this particular version many times as it is the fall back movie from my personal library whenever there isn't anything good on TV. It's a rare thing for me to watch the same movie multiples time and I have only a couple that I do.

This is a slightly looser translation of Jane Austen's classic novel than that of the 1995 TV miniseries that preceded it. The movie stays quite true to the storyline but cuts a few extraneous characters like some of Mr. Bingley's as well as Miss Charlotte's sisters. In a couple of instances it also creates and/or fabricates scenes thus speeding up the story a bit. But for the most part it remains very true to the classic and these shortcuts are of little consequence and do not alter the original story.

I like Keira Knighttley and Matthew Macfayden's portrayal of there characters. I also love Dame Judy Dench as Lady Catherine. She is one of my favorite actresses anyway and she does credit to herself in this movie.

The Movie Trailer For Pride and Prejudice

The Pride and Prejudice Soundtrack 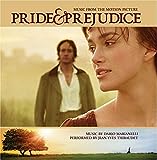 Listen To Music From The Soundtrack

Lizzy is the darling on her father's eye and his favorite among his five daughters. Her intelligence and quick wit have kept him in good company all these years spent in a house full of women, whose main interests are attending balls and gossip. Lizzy defies the status of her birth as well as her mother and refuses to marry for money; instead, she holds out for love.

Mr. Darcy Of Pride and Pejudice

The dark and brooding Mr Darcy is highborn and has all the attitudes and superiority that comes with it. He is brought to the country by his good friend Mr Bingley whose good nature and honesty he regards highly. Mr Darcy finds little of value in the bucolic setting of the country until Lizzy piques his interest with her wit and fiery spirit.

I think this version is far closer to the book in that it has all the characters of the original works and takes very little liberty with the story line. I very much enjoyed this version as well but found many of the minute intimate details faithfully recounted from her books, a little more than was totally necessary. Of course Jane Austen is known for her describing fully the details of life in that time period. For those who desire a very literal translation of the book, this is an excellent movie and Colin Firth makes a wonderful Mr. Darcy.

Comparing both this movie to the 2005 one, I was surprised at how very similar they actually were; right down to the looks of the actors that were cast.

For Those Who Have Watched Both Versions

Which version of Pride And Prejudice Is Your Favorite?

About The Author Jane Austen

Jane Austen (16 December 1775 - 18 July 1817) was an English novelist whose works of romantic fiction set among the gentry have earned her a place as one of the most widely read and most beloved writers in English literature. Amongst scholars and critics, Austen's realism and biting social commentary have cemented her historical importance as a writer.

Austen lived her entire life as part of a close-knit family located on the lower fringes of the English gentry. She was educated primarily by her father and older brothers as well as through her own reading. The steadfast support of her family was critical to Austen's development as a professional writer. Austen's artistic apprenticeship lasted from her teenage years until she was about thirty-five years old. During this period, she experimented with various literary forms, including the epistolary novel which she tried and then abandoned, and wrote and extensively revised three major novels and began a fourth. From 1811 until 1816, with the release of Sense and Sensibility (1811), Pride and Prejudice (1813), Mansfield Park (1814) and Emma (1816), she achieved success as a published writer. She wrote two additional novels, Northanger Abbey and Persuasion, both published posthumously in 1818, and began a third, which was eventually titled Sanditon, but died before completing it. (more ...)

Becoming Jane: The Movie About Jane Austen the person

I really enjoyed this movie. You can see how her life was a major force and factor in her writing. Much like when I'm watching Pride & Prejudice (or any of her other movie adapted stories) I'm rooting for love to win out. It's easy to get caught up in the romance. But unlike her books, she doesn't get the happily ever after ending that she writes in all of her stories. Indeed, the movie attributes the fact that because in real life she didn't find marital bliss, she made sure in her novels all her heroines did.

The Movie Trailer For Becoming Jane

The History Of The Novel, Pride And Prejudice

Pride and Prejudice is a novel by Jane Austen It was begun in 1796; it was her second attempt at a novel and one of three-Sense and Sensibility, Pride and Prejudice, Northanger Abbey-requiring 12 years or more to bring to publication. She finished the original manuscript by 1797 in Steventon, Hampshire, where she lived with her parents and siblings in the town rectory. Austen originally called the story First Impressions, but it was never published under that title; instead, she made extensive revisions to the manuscript, then retitled and eventually published it as Pride and Prejudice. In renaming the novel, Austen may have had in mind the final chapter of Fanny Burney's Cecilia, itself called "Pride and Prejudice", where the phrase appears three times in block capitals. (She may also have been concerned that the original title might be confused with other works.) (more ...)

This book has mixed reviews. It's hard to say whether that's due to people feeling it's sacrilegious to mess with a Jane Austen classic. Or whether they believe this is simply a matter of riding on the success of such a popular novel. But there are some who find the irreverent nature of Miss Bennet and Mr. Darcy slicing their way through zombies to reach a happily ever after, as just plain good entertainment.

You'll have to read it and decide for yourself.

Do You Think It's Okay To Change Jane Austen's Pride and Prejudice Classic In This Way?

The Pride And Prejudice Quiz

Compare Your Score With Others

So How'd You Do On The Pride & Prejudice Quiz?

About The Author Of This Pride and Prejuduce Page

My name is Mona Majorowicz I am a professional artist who has been making my living selling my work for some time now. I am an animal artist, (meaning I paint critters) who works primarily in Oil Pastel or Water Soluble Pencil.

I own and operate Wild Faces Gallery with my husband Mike in a small rural town in Iowa. There we sell my original artwork and prints, as well as do quality custom framing and offer Giclee printing for other artists as well as for ourselves. I have over 20 years experience in the art and framing industry, both as a business owner and as a working artist.

I write a regular column for Apples 'N Oats (an equestrian magazine) about painting horses. If you would like to see real life photos of Catch, or want to follow the painting's progress (with full story) from start to finish please visit my blog, Fur In The Paint

Animals are my passion and art is how I chose to express it.