Superman Versus: Who can defeat The Last Son of Krypton?

Superman the most well known superhero of all, even if you hate him you know who he is. Since I can remember Superman was my favorite of all superheroes. All these scenarios of "Superman versus ___" are pretty humorous really. Especially the Superman vs. Goku in which there would be no contest, Superman would win. If you think I'm just saying that because I'm a Superman fan and not putting any facts behind it don't worry Superman Versus polls below also with my opinions.

I am kinda disappointed on some of the stuff they did with his story. I'm mostly referring to the latest movie that came out. Within the comic I didn't like the energy look that superman eventually turns into. Like his other powers aren't unrealistic enough. Anyways, I'm looking forward to the new film Superman Man of Steel. It looks promising not like the previous film, now to be honest I did like Superman Returns for what it was. I just think they could of done better. They have a vast selection of villains to choose from. But, they chose to only have Lex Luthor in it. Even though he was played well by Kevin Spacey, a perfect choice. Well I'll go more into Superman Returns later (Made a whole new page to talk about Returns and Man of Steel at the very bottom of this page you can find a link) . The point is there should have been a real fight scene. Thats why I want to talk about Superman battles here.

Everybody knows Lex Luthor being Superman's archenemy. Why have him the main and only villain in the movie that will introduce the new generation to superman? The Batman series got it right with having multiple villains in the come back films. Thats one part of where Superman Returns went wrong. Which villain should be in the inevitable future films of Superman? We know Zod is in Man of Steel. Let me know who you would want to see in the comments.

If you seen the television show Smallville you have seen how cool it would be to have Doomsday and Superman Fight in a live action battle. Only if they thought of having it in a movie like how they are going to do with Thanos in the next Avengers movie and how they did it with The Incredible Hulk. That would be pretty awesome hopefully they will some day. If you seen the animated Superman Doomsday movie you would see all the possibilities for a live action film.

Do you want to see a Movie (live action) where Doomsday is one of the villains? And, if you do leave in the comments somewhere which other villain you want to see in a movie.

Who Would You Rather Have?

Smallville did a great job portraying these characters. Although It was too quick of scenes with them. If the next movie had one or the other. Who would you rather see?

Braniac or Bizarro in the next movie?

Superman: Newest Costume for the Comics

I personally like the new look for all the characters in the new justice league series. Superman's costume is pretty awesome already but I like to see that they are changing it up. I didn't however like the suit in the Superman Returns movie it just looked stupid to me.

These Colored Rocks all have a different effect as seen in the T.V. series Smallville there is one more that they had that was black Kryptonite. Black Kryptonite splits the Kryptonian into two beings one good, one bad. On Superman III superman encounters a artificially made Kryptonite replacing a unknown component with nicotine that made him a bad guy until eventually he splits in to two to defeat the evil side.

Smallville: The Complete Series
All round great series. My favorite seasons where the first couple that clark was actually in High School.
Buy Now

Superman Returns
I did a seperate review of this movie which you can find at the bottom of this page.
Buy Now

All these scenarios would be awesome to see to be honest. There's not one superman fan that wouldn't want to see him in a fight really. These fights are if the characters went one on one, who do you think will win in a real brawl? So, lets get the "Rocky" pump up music going and really find out how people view these characters.

Thor a formidable opponent to say the least. I don't see Thor pulling out a victory though. He just doesn't have the amount of power to take on Superman. For one he has less powers and takes a little longer to pull them off. People may argue that Thor is a God, but he really isn't at all he is more like another superman really.

Superman would completely annihilate Batman. This is one that I completely believe in any scenario Batman would not be able to defeat Superman. Honestly the only chance he would have is if it was a sneak attack. With super hearing I really doubt batman even with all his skill couldn't pull off. I mean Green Lantern would have to hold him back from pummeling him to death.

You know what I find funny Gotham is always overrun by criminals, yet Superman can clean up that city in no time yet lets Batman Deal with it. Then again there probably be no use for any other super hero if Superman did all the work. Luckily Superman wants some free time.

I think the picture says it all.

I don't see why people really think Goku has any business being in a fight with Superman. There is no way Superman will be hurt by any of Goku's attacks. Some say since he can teleport at will or whatever, what does that even mean. Goku is going to run away from the fight or something? If anybody can logically say that Goku can defeat Superman please tell me. With all Superman's powers I can not see Goku ever defeating him.

Superman Versus The Incredible Hulk

The Incredible Hulk might have the advantage of getting stronger when he gets angrier. Although Superman is already stronger without loosing his mind in anger. It would be a close fight though.

I think Captain Marvel has the best chance of defeating Superman. With Superman being vulnerable to magic and them being otherwise equal opponents. I say Captain Marvel would take the victory after a long struggle fight.

The Flash would win in a race but what if they fought each other?

Who would win? (In a fight)

After a comment that mentioned Icon I looked more into it. This super hero would be a close match the only fault I see Icon not being able to win this match is that if he is hurt by surprise he can get hurt. Nevertheless, it would be a long drawn out match and one I wouldn't mind seeing. I might do a lens about Icon because he is actually a very interesting character that would be good for more people to know about. I wouldn't mind diving into a comic book or two of his to really get to know this character.

Superman Evolution - Do you remember your favorite version of the Man of Steel?

There are a lot more than these. 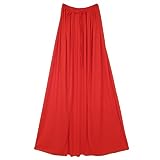 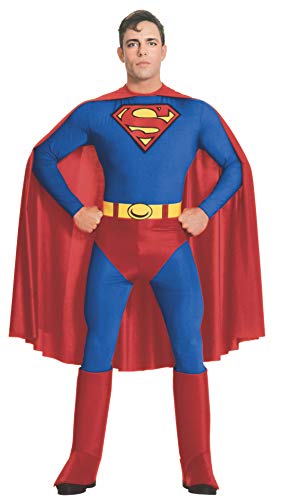