I like to delve into the history, costuming, foods, and customs of places and holidays. World cultures and traditions are fascinating.

And so the story started...

To extend her life, the clever Princess Scheherazade wove stories of magic lamps and flying carpets, of bands of thieves and genies, of ...

Well, I guess you will have to read them for yourself, for if I merely told you of them you could not picture what adventurous and entrancing plots unfold from these exotic tales of Arabian Nights.

This illustration and others are by Edmund Dulac

Although they are fairy tales and Disney has made movies of their characters, many of the details might be more appropriate for children able to discuss such details as the machinations of a harem and the idea that a young woman might lose her life.

Fairy tales have always served the purpose of giving a child a way to view the harsher realities of life in the cloak of a story.

Are You Familiar With The Arabian Nights Tales?

Have you read the stories or seen a movie about the 1001 Arabian Nights?

Orientalism Is An Art Movement

Inspired by Middle Eastern influences, an art movement that centered around the myth, patterns, design, and objects of this part of the world helped create a desire for the stories and the culture that are illustrated throughout the Arabian tales.

The original stories came out of Persia and India in the early eighth century and were then translated into Arabic. Tales from Arabia, then Egypt or possibly Syrian stories were added to the group.

The first English stories were from M. Galland, Professor of Arabic in the Royal College of Paris, in 1704; passing from Arabic to French and then into English. "Lane's translation", by Edward William Lane, was the first of several...

Antoine Galland while on various extended visits to the Levant (Middle Eastern lands) had developed an extensive knowledge of Middle Easter culture and facility in Arabic languages. He was conferred the title of antiquary to the king and during his stint in these countries came a manuscript of a tale of Sinbad the Sailor. when Galland translated it into French, and published it the success inspired the translation of "a 14th-century Syrian manuscript of tales from The Thousand and One Nights" [1]. It is this original translation of very old stories that became the basis for all other compilations of 1001 Nights.

There were famous compilations from Jonathan Scott, Robert Louis Stevenson, and Richard Burton.

These stories hold the imagination not only of that long ago Sultan, but of many generations of those who have heard or read of the adventures and characters both of this world, and ...beyond.

Inspiring the imagination of other writers, of videographers, of myriad artists... dancers, choreographers, painters, to name a few.

The exotic places, the sense of danger, heroes and villains, these are the elements that people any good story. The Tales of Arabian Nights is a whole collection of them!

The romantic illustrations of the last century or so are especially fascinating. Drawn with detail, colored to give ambiance and flesh out the pictures that we draw in our minds, but cannot quite detail as well without these prompts; these paintings and pictures live on.

Bakst is one of my favorites, who created enthralling costumes for the ballet presentation of the tales, but I also like the book illustrations done in soft pre-Raphaelite style of beautiful women, gardened venues, and soft, dreamy color and atmosphere.

A Russian painter and theatrical set and costume designer, Bakst produced the paintings of costumes for the Ballet 'Scheherazade' by Diaghilev with the Ballets Russes.

Sultana Scheherazade was the main character who narrated the tales of the Arabian Nights within the collection of stories. Bakst created fanciful costumes for the Rimsky-Korsakov ballet which reflected the Orientalism obsession of the time.

As a Jew, his residency in Russia was limited to boundaries within the Pale, which led to his living and working in Western Europe. He died in 1924.

Born a Frenchman, Dulac became a naturalized British citizen. He illustrated books and magazines, and later had other commissions. His illustrations for the Arabian Nights was published in 1907. 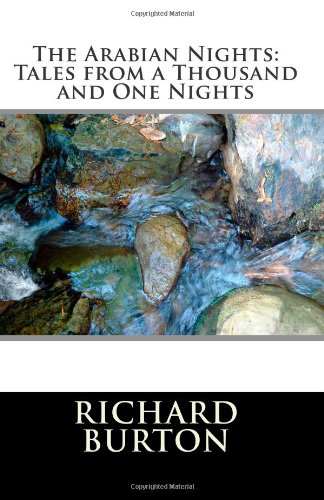 Who Was She, This Master Storyteller?

An icon of those who rose in the Harems of the Sultans of times past. Women who had beauty, but to survive, also a great deal of wit.

The luxurious harems were dangerous places, with their politics within. But they also knew history such as that of a of a mad Sultan who at a whim might have them strangled and thrown into a river (yes, that is a true story). Scheherazade's story includes such, but in her story it is a man twisted by betrayal. His revenge upon all those who are unlucky enough to be chosen as substitutes for that unfaithful wife becomes her challenge: Scheherazade will survive, change the heart of the Sultan as she weaves her many tales.

Scheherazade was the fictional representation of women who were to entertain and delight. and give the heirs for those who ran the Moslem empires. Perhaps she is a fairy tale admonition herself. Teaching young women that not only their looks and good fortune would be required for their success in life's venture.

She was a master story teller, a woman who could fascinate, but by virtue of her talented mind and the wisdom of her young heart.

She was educated. Learned in history, philosophy, science, and literature.

He was an important French illustrator who also designed set and costuming for theater productions in the early twentieth century.

Done in the style of Art Deco, he also designed for Diaghilev's Ballets Russes, like Leon Bakst. Essay on his forgotten art was published in the New York Times.

Have you experienced any of these renditions of the Arabian Nights?

That is the draw and the currency of investigating these classic tales. Whether viewing movies, playing boardgames, or observing the art that spiraled off of this collection of fantasy.... you will understand and experience it all more richly by reading and becoming familiar with the books.

Traversing the History of the Tales

"...From Spain across North Africa to Cairo, across the Arabian peninsula, up to Damascus and Baghdad, further north to Samarkand, across what is now Afghanistan, down into India, and beyond."

It is against this backdrop of the Islamic empire that the stories of the 1001 Arabian Nights were drawn.

Comprised of myriad kinds of stories and legend, the spiritual quests, and the clash of good against evil make for an improbable collection of fantasy tales.

Everything that makes for a good story, these are the threads that weave the stories which have fascinated generations of listeners -beyond the original mad Sultan and his clever storyteller, Scheherazade.

The stories wind on with tantalizing entanglements ...

"until eventually the King forgives women, accepts his marriage to Shahrazad as permanent, and all live happily ever after. The stories have been successful in curing the King and saving the people. " Study of the Arabian Nights

Aladdin and the Wonderful Lamp

Inspiring everything from costume to jewelry, the stories tell tales that have captured the interest of millions beyond the jealous Sultan, and woven entertainment and suspense along with exotic climes and creatures.