The "The Shack" controversy

My Review of "The Shack."

"The Shack" is really a wonderful read. The first 80 or so pages read like a mystery novel. But then, the fun starts. On page 82 the main character of "The Shack" (Mac) is introduced to the three persons of the trinity, but in quite some odd forms--not at all what you might expect God to look like (but the premise is that God can take on any form he wants). Then, the author of "The Shack," William P. Young, uses these odd personifications of God to present deep theological points. This is also where the controversy comes in. Some people say "The Shack" has hidden heresies--that it presents a wrong or distorted view of God and also of some theological issues. But, after all it is only a novel and it is actually a fantasy of the imagination--- if that's not giving too much away. If you don't like spoilers you may want to skip this next part, but when you get to the last chapter, you find that the whole thing was a product of a coma-induced fantasy. You could conclude that God--the real God as you know Him-- introduced it into the character's mind, or simply that it was the result of the coma. If the latter, however, it would be hard to realize, as one reader points out, how he knew just where to find his daughter's body unless you say that either it was a chance coincidence or that the real God did intervene and put that detail into the fantasy. The whole thing leaves you with a bit of a question. But my question is about the author's intent. If he finished it as possibly being a coma-induced fantasy, how would it be an attempt to deceive as some say? You'll have to judge that for yourself. My first impression after reading "The Shack" was that it's a wonderful work of Christian fiction which uses fantasy to discuss theological concepts and present theological truth. But, having read what the others are saying (See below), Now, I'm not so sure. Thus I need your help. Please vote in the poll and feedback modules below. Thanks. By the way, the quote in the first talk bubble just below is mine--my impression of the book, in a nutshell. The second talk bubble contains a direct quote from Eugene Peterson.

Watch the "The Shack" trailer:

Have you read "The Shack"?

If your answer was the middle one, why not order a copy now? Page down to the end of this page for a "Buy" link. Then, come back here.

...has the potential to do for our generation what John Bunyan's Pilgrim's Progress did for his.

Also check out the following articles and videos, pro and con:

First an article in support of "The Shack,"

Then 2 interviews with the author of "The Shack" with comments pro and con.

Watch and listen to this interview with the "The Shack" author:

OR read this interview, and comments pro and con:

From "The Shack": "Just because you believe something firmly, dosen't make it true. Be willing to re-examine what you believe."

Books in defense of "The Shack"

In case you want to go deeper, by searching online, you can find several books in favor, or in defense of "The Shack," including some which explain why God the Father is revealed as an African American woman, and/or defend the book’s theology of the Trinity.

An author who is critical of "The Shack"

Watch this video which is against "The Shack"

Or read the little ebooklet listed below:

The author of this little ebooklet penetrates the aberrant theologyof "The Shack/". and summarizes the deviant doctrines it contains succinctly and to the point. As he says. :The Bible exhorts us to “test the spirits” (1 John 4:1) so that we can know “the spirit of truth” (v. 6). Paul warned against “deceitful spirits” (1 Tim. 4:1), and Jesus exhorted us to beware of “false prophets” (Mat. 24:11) who are really “wolves” that come “in sheep’s clothing” (Mat. 7:15).

An ebooklet against "The Shack":

Your Turn: What do you think?

Are there hidden heresies in "The Shack"?

Your turn 2: - Write a review, add a comment, or debate someone who disagrees with you.

So, here it is, if you'd like to see for yourself: 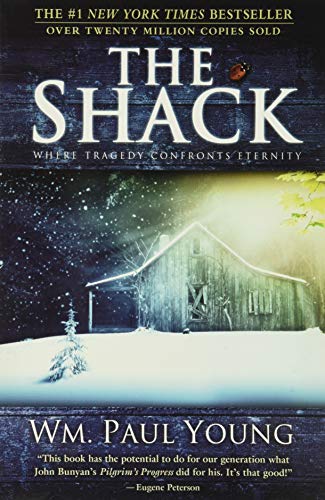 The "The Shack" controversy is listed In:

Access By Faith and in the Christ Centered Web - Directory.