The Titanic: The Violinist & the Glovemaker

Violet waved to Jock when she saw him and his fellow band members pass with their instruments. He waved back, saying that he and his colleagues were going to give everyone a tune to 'cheer things up a bit'.

This was in the early hours of the 15th of April 1912 and the stage on which the band were performing that night was the deck of the sinking Titanic.

Jock Hulme was only twenty one years old and as he played, he thought about his long-time girlfriend,Mary. She had accompanied him from their native Scotland when he travelled to Southampton to join the ship for its maiden voyage.

They had already arranged that they would be married when Jock returned from America but the night before he sailed, she had delighted him with the news that she was expecting his baby.

Jock had everything to look forward to

He was so happy about this forthcoming marriage and his expected child. He was a virtuoso violinist - he had been playing professionally since he was just fourteen years old - so his prospects were good. But it all ended on 15th April, 1912.

There are hundreds, maybe more, books about the Titanic and that fateful night. But few, if any, discuss what happened to the ordinary people whose lives were changed forever after the disaster.

This book is about that very subject. What happened to Mary and her baby? She worked making gloves; she had no money - would Jock's family help out? Would they accept her illegitimate baby?

What about Jock's family and siblings? One of the most fascinating stories in this book is the effect his death had on Jock's younger sister - a scandalous and almost unbelievable story.

Written by his grandson

The author was ideally situated to write this book. He is Jock's grandson, the son of the child Jock never saw. 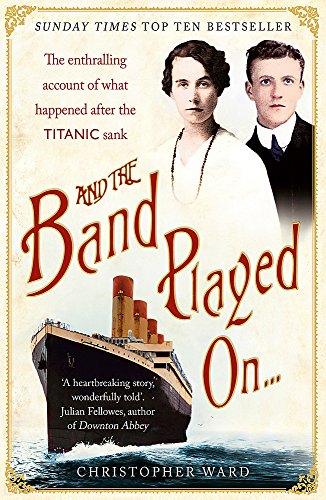 And the Band Played On . . .: The Enthralling Account of What Happened After the Titanic Sank
Buy Now

The fascination of the Titanic

I believe that people will be interested in the Titanic for many years to come.

It's not just the totally unexpected tragedy of the ship hitting the iceberg and being lost - it's the story of the thousands of people aboard, all with their own lives and histories.

Will even more information come to light? I believe it will.

I remember when the very idea of the wreckage being found at the bottom of the ocean seemed an unrealistic endeavour. But it was indeed located. Of course, there is the endless debate about whether it should be raised.Should it be salvaged to increase our knowledge? Or is it, as some suggest, a grave which should not be violated?

Stories, such as the one in the book featured here, will continue to be discovered as time goes on.

I doubt that our fascination with the ship, it's survivors and those who died will ever wane. 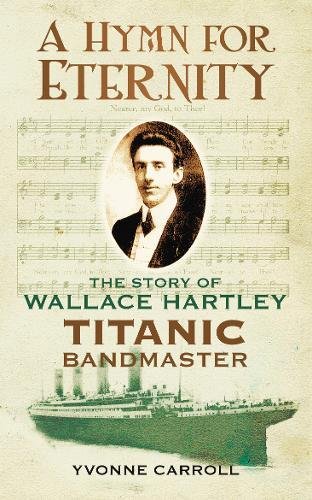 A Hymn for Eternity: The Story of Wallace Hartley, Titanic Bandmaster
Until I discovered Jock Hume, the story of Wallace Hartley was all I really knew about the band members.If the story of the Titanic had been fiction, Wallace would have been one of its major characters.Wallace had played with top orchestras in the north of England, specifically Huddersfield and Bridlington. Like Jock, he was engaged to be married when he lost his life in the Titanic sinking.
Buy Now

On Board RMS Titanic: Memories of the Maiden Voyage
We're all very familiar with the story of what happened to the Titanic - even if it's only from the movies.But what I tend to forget about is the human element. I've read several books about the ship but this is about the people.The author has amassed a collection of previously unseen letters and communications from those on board - not just the wealthy passengers but the crew too.
Buy Now

Despite the more recent film about the Titanic, I have always like the old black and white version, although I'm sure it has many errors and embellishments.

One of these is the perception of the band which you'll see in the video below.

Wallace Hartley, the bandleader was thirty three years old. And he was the oldest member. Four of them, including Jock of course, were under twenty five. Yet see how they are portryed in the video clip below.