The White Queen - The Story of Elizabeth Woodville - A Book Review

I've been a fan of Philippa Gregory for many years now, beginning when I was 16 years old, I picked up a copy of her (then) new novel "The Other Boleyn Girl". This story started me on an odyssey where I became fascinated with Tudor history and eventually at the age of 21 I made my way over to England and visited many of the sites where the novel took place, including the Tower of London, Hampton Court and Hever castle. Since then I have read almost every one of her books and have followed up on them by watching the shows and movies that have been made about them as well as doing my own historical research. Today I want to review her first book in the cousins war series "The White Queen", written about Elizabeth Woodville the Queen of the Yorkist English King Edward IV.

The story begins after the battle of Towton where the Yorkist faction wins a decisive victory and crowns its king Edward IV while deposing the Lancastrian monarch Henry VI. Elizabeth Woodville is widowed because of this battle and loses all her lands as a result of it. In desperation she takes her two sons and goes out onto the road to meet the new king as he rides by in order to petition him to return her lands. Kind Edward is smitten with her and when he is unable to convince her to become his mistress he marries her and makes her his Queen. This marriage is scandalous to everyone involved with Edward, his family, supporters and most importantly Lord Warwick all vehemently disapprove of it. The result of their disapproval is that some of them begin to turn against Edward and plan rebellions to depose him. Lord Warwick known as the Kingmaker because it is his wealth and influence that allows Edward to become King stages two major rebellions. The first to attempt to put Edwards younger brother George on the throne and the second to bring the crown back to the Lancastrians. Both rebellions fail but both pose major threats to Edwards rule and result in his temporary deposition. Elizabeth weathers all these threats and goes on to bear Edward many children including two sons Edward and Richard. The novel continues and Elizabeth and Edward reign happily together for some time, however even though she is five years older than Edward he predeceases her dying when her two sons are still children. The death of Edward IV creates a dynastic crises, by this time George is dead and Edward's only surviving brother Richard snatches the new young king on the road to London and installs him in the Tower. Elizabeth and the rest of her children flee to the sanctuary of a church while Richard crowns himself and his wife Anne Neville King and Queen. Richard demands that Elizabeth releases her second son into his keeping so that he can join his brother in the tower. Those two boys are never seen again and it is widely thought today that they were murdered although we still do not know by whom. Philippa has her own opinions on the culprit which she voices in the novel. The novel ends right before the battle of Bosworth in 1485, by this time Elizabeth has been released from sanctuary and is living quietly in the country, while her daughter Elizabeth of York is openly rumoured to be King Richards lover and his intended bride.

The Legend of Melusina

Throughout the novel Philippa Gregory makes reference to the legend of Melusina who is said to be the ancestress of the house of Luxembourg to which Elizabeth's mother Jaquetta Rivers was born into. Melusina is a water goddess who was said to have married the first count of Luxembourg and thereby giving the female descendents of that house magical powers. The Legend states that Melusina was half woman half fish what we would call today a mermaid. This legend gives the rivers family an aura of mystery throughout the novel and through the subsequent novels in the series, it is given as an explanation for the extraordinary beauty that they possess. The legend also has an influence on how Elizabeth and her mother perceive themselves, they both cast spells and do what would have been considered at the time witchcraft because they believe that their ancestress has given them magical powers. The novel cleverly does not make it clear whether these powers are real or not giving hints that they might be and also hints that they might not be. However other people in the novel do believe in their ability and even go so far as to accuse of them of witchcraft publicly (Jaquetta is even at one point arrested for it). The legend is used to demonstrate the power women can have behind closed doors and also how perception of what one person can do influences the actions of others.

A Little Bit of History

The story of the White Queen takes place under the backdrop of the wars of the Roses which was at that time known as the cousins war. This was a war of succession where two rival families all descended from the Plantagenet dynasty fight each other for control of the country and the throne. The war lasts roughly thirty years, although it is not a period that is completely plagued with conflict but rather one where there is intermittent periods of peace when one monarch manages to hold onto the throne for long enough. The two families are known as the house of Lancaster and the house of York, they are both descended from the sons of King Edward III in the mid 1300's. When I look at the family tree it seems obvious to me which house has the most legitimacy and should be in charge, the house of Lancaster claims descent from John of Gaunt while the house of York claims descent from Edmund of York. John of Gaunt was the older brother of Edmund o York therefore following dynastic rules it is his family that deserves the throne. However it wasn’t so simple, King Henry VI of Lancaster suffered from a debilitating mental illness which left him unable to rule, this created the opportunity for the York family to seize control which they did in the form of Edward IV. The wars of the Roses ended when Henry Tudor defeated Richard III a the battle of Bosworth field and was crowned King Henry VII. Although he was a Lancastrian he held a different name and through his marriage to Elizabeth Woodville's daughter Elizabeth of York he united the two houses of York and Lancaster and ended the wars. That's the simple story although of course it gets much more complicated than this.

Who do you think murdered Elizabeth Woodville's son's known as the princes in the Tower?

My Take on the Novel

Philippa Gregory is a feminist Historian, she writes her novels from the perspective of women, in many cases giving a voice to fascinating people that have been lost to history. Her research is impeccable and oftentimes when I read her novels I find out facts about the historical period that I was unaware of before, for example the legend of Melusina or the rumours that Elizabeth of York was the lover of Richard III. Her characters are well developed and deep with complicated emotional feelings of their own, however you can perceive her voice in all these characters as there tends to be some themes that run concurrent through all of them. I fell in love with the character of Elizabeth Woodville after reading this novel, I was aware of who she was previously but the novel gave me a real depth into what her character could've been like. Philippa Gregory definitely has her own opinions on the history she presents, and she at times goes against established historical doctrine when writing her novels. She does this because she feels her version of events is more likely to be correct, this of course can be controversial. However for me her theories are fascinating, because she presents them in fiction I am not too worried about whether they are right or not, but rather I like how she gets me to think about the history and question how true the official version of events is. Because all history is in the end based on primary sources it is really the interpretation of those sources that really creates the story. Overall I would highly recommend this novel and all her other novels, not just for their entertainment but also for their historical value.

Do you think that Philippa Gregory has the right to reinterpret history in her novels or should she just go with the standard opinion.

In Love With the King
Buy Now 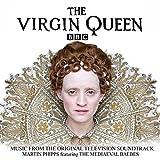 The Kingmaker's Daughter (The Plantagenet and Tudor Novels)
Buy Now

The Lady of the Rivers: A Novel (The Plantagenet and Tudor Novels)
Buy Now