Analysis of the Poem Thom Gunn's "On the Move"

Thom Gunn's "On the Move" is said to be "a sociological footnote of the nineteen fifties". The motorcyclists had become emblematic of reckless vigor and aggressive energy in the East. The subtitle also functions as the epigraph emphasizing the idea that they need to keep going on, asserting the hyperactive strain and the kinetic energy that they embodied.

The bird with gay plumage is from the crow family. Its "scuffling movements" exemplify the restless movements as it pursues some hidden purpose. Therefore, the birds symbolize the motorcyclist, characterized by reckless energy and strong communities. They hunt for the instinct that dwells within them or their poise, or rather they seek both. Some exhibit needless or pointless speed. Some put on display their uncontrollable animal instinct

They arrive in motorcycles as flies in the heat, their strides across the road appearing smooth. The term 'the Boy' refers to how the motorcycle gang haunted lonely women with their unrestrained attitude, a superlative assertion of their notion of masculinity. The sound of the bikes as they travel in unison bugles to the sound of thunder. The bikes are in supreme control between their calf and thigh. They adorn goggles; therefore it is not easy to distinguish between them, the 'impersonality' is pronounced. The dust on their jackets are like trophies on display of their 'dont-care' attitude. As they no longer communicate coherently, they have replaced meaning with noise.

Their energy has no destination; it is not channelized in the right direction. There is no 'exact conclusion' to it. They press forward where the tires take them, with no objective and intention. They scare the care-free birds in their wild endeavour. Gunn states that the will-power should yield to the natural (instinct). This is perhaps what Martin Dodsworth called Gunn's 'voluntary commitment to the irrational."

Men manufacture both machine and soul,

And use what they imperfectly control

To dare a future from the taken routes.

Men are capable of the objective (machine) and the subjective (soul). They utilize the one they can (at least) imperfectly control to carve the future according to the 'taken routes' (conservative, inherited or the rotes of experience). It is a partial solution to the existential dilemma. It cannot be considered to be a discord, if one acts according to his instincts. He cannot be damned if he is half-animal. One only lacks direct instinct, because as one wakes consciously in his world, he is directed by social doctrines and dictums that compel him to move on their lines. One joins the movements; nevertheless the end-point is common for all: Death or Nihilism. The speaker asserts so that (at least) as long as one lives, let him strive forward in the direction he desires because, most significantly, it is his.

A minute holds them, who have come to go:

The self-denied, astride the created will.

They burst away; the towns they travel through

Are home for neither birds nor holiness,

For birds and saints complete their purposes.

At worse, one is in motion; and at best,

Reaching no absolute, in which to rest,

One is always nearer by not keeping still.

Everybody is united together at least for a minute in that they accept the fact that they 'have come to go'. The 'self-denied' and the 'created will' are wasted in such a stance; they just burst way. The towns they travel through are ultimately not a home for the bird (signifying striving towards a destination) or 'holiness' (religious dictums). Birds and saints do eventually complete their purpose. As the desire of attaining the purpose is satiated, they lose the joy, as there is nothing to look forward to. However, the one in constant motion reaches no absolute (to quench himself). Neither is he static, nor has he reached any goal: he attains the joy of reaching the destination, primarily by not reaching it. 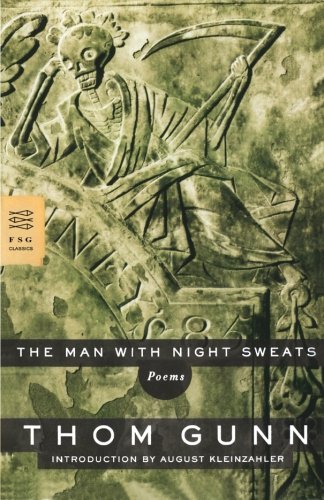