Living in the Texas Hill Country means dealing with periodic brush removal. During the drought of 2011 and the continuing drought of 2012, we are experiencing just enough rain on a sporadic basis to keep the trash trees and brush alive. They are sucking up all of the moisture in the land.

Landscaping businesses are thriving these days as special equipment and labor must be used to get rid of nuisance trees and shrubs. Along with the cost of living going up and the aging population, landscapers are charging outlandish fees to come and do what once was the local job for a neighborly teenager wanting to earn some spending money for the summer.

Teenagers unite - Form a landscaping or yard service and you will make enough money to buy yourself a car!

Removing brush appears to be in a special category that really commands high fees. Well, poison ivy is a huge concern and most brush removers do not want to deal with this. Heck, these horrible weeds are the very reason for a call to schedule heavy duty brush cutting!

Special brush cutting mowers are required to get rid of underbrush that has taken over the dry limestone hills of central Texas. These mowers are expensive and must have a lot of power which means large amounts of 'horse power'. I assume that horses were required in the old days to remove trash trees. Some say a herd of goats is the way to go.

These expensive brushcutters do not work so well for tree trimming and stump removal. They are great for getting out the underbrush so you can actually get to the tree that needs to be trimmed or cut down.

Ouch! We recently asked for a bid to trim some trees and remove the ever present "Cedar" trees, which are not cedars, but are actually Juniper trees. There are millions and millions of these scrub trees in central Texas. So many, in fact, that the nearest town is called Cedar Park.

Cedar Park hosts a cool little festival every year called the Cedar Chopper Fest. However, it's not enough to get rid of these horrible trees and I digress.

The Cedars burn very hot and go up in flames almost instantly during a drought. Compare it to a dried out Christmas tree. In January, the Cedars produce so much pollen that there is a specific allergen named after them. It's called Cedar Fever. It is the most devastating pollen around. When the Cedars are releasing their pollen, it looks like smoke is in the air.

Heads up, everyone who buys land in central Texas - get rid of the Cedar trees first! Just call someone with a backhoe or bobcat and mow those suckers down.

But back to the bid for tree trimming and Cedar removal. This little ranch is about two acres and we have much less than a acre of overgrowth. Our first bid was nearly $10,000! Yikes! They wanted to bring in a bulldozer, a back hoe and three or four guys to work for two weeks.

The second bid was for two or three guys and a bobcat equipped with a brush cutter and bucket to move the brush to the fire pit. That bid was for $2800 but doesn't include much in the way of tree trimming. We may have to find some teenagers who can climb.

The brush, tree trimmings and stumps must all be burned. Much of that work is not included in the bids as the landscapers do not want to be responsible for controlled burns. The alternative is an expensive separate bid for hauling off the brush. Since we live under county rules and regulations, we opted to do the burns ourselves. This may take all Fall and Winter and may even have to wait for those teenagers to get out of school for the Summer.

How to Estimate Brush Removal and Tree Trimming Costs

Landscape Before and After Photos

Estimating normal yard services would be different than above. Industrious teenagers generally use the land owner's equipment and get rides from the land owner or their own parents. They should not charge for these things if they do not provide them.

Consulting Craig's List may give you both a clue as to what to charge for occasional odd jobs in and around the home. Be prepared to pay at least the minimum wage and if you pay a worker more than $600 a year, you may have to issue a 1099 tax form and they may have to pay taxes on their earnings.

More and more teens are opting not to find jobs in their neighborhoods for spending money. What's wrong with kids today? They would rather play video games all day than help a neighbor clear some brush. Bummer.

Have you used a lot cleaning service before? 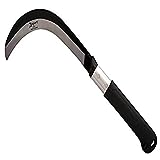