Choosing The Proper Color Temperature CFL For Your Lighting

Don't Like The Color Temperature Of CFLs Or LED Bulbs?

Update: Since writing this hub in early 2012, LED light bulbs have made big advances, both in terms of the technology and in terms of cost and they are fast becoming cheaper as I write this. Originally this hub focused on the color temperature of CFL bulbs but this can also be applied to LED bulbs as well. So if you're reaching the point where you need to replace CFL bulbs as they've gone out after years of use, this information can be applied to help you decide what LED bulbs to buy to replace those or your incandescent bulbs in situations where CFL bulbs don't work as well (outdoors in cold environments), or to help you decide what to replace them for you holdouts that still think that LEDs and CFLs just don't look the same as incandescents.

Compact fluorescents, more commonly referred to as CFLs by the media and consumers, can save homeowners a significant amount of energy and money every month, for the entire life of the bulbs. This is because CFLs use less energy to create the same amount of light as a typical incandescent light bulb. This is because instead of heating a filament until it glows, CFLs produce light by exciting a gas with electricity, emitting the same amount of light while producing less heat in the process. However, some people have a negative opinion of CFLs in terms of their color quality as compared to regular light bulbs.

Light Emitting Diode, or LED bulbs are just as CFL bulbs and in some cases even more so, especially as technology advances on how to make a better LED bulb and squeezing every extra lumen per watt we can out of them. One benefit that LED bulbs have over CFLs is the fact that they don't contain ANY mercury. For those concerned about CFLs breaking and releasing mercury in their home, LEDs are a great option to consider when replacing incandescent bulbs for something more efficient.

CFLs and LEDs come in a range of color temperatures, such as Warm and Soft White at the lower end of the spectrum, Cool and Bright White in the middle and Natural or Daylight at the other extreme. Manufacturers represent these by labeling the color temperature of the bulb in degrees Kelvin. For example, an incandescent light bulb emits color in the range of 2700K to 3000K. Office lighting is typically in the range of 5000K to 6500K. When CFLs and LED bulbs were first coming onto the market and before the EPA's Energy Star program began testing and labeling bulbs, most didn't emit light in the 2700K to 3000K range, putting off some consumers because they were noticeably different, a belief that still has some followers to this day.

Since the EPA's Energy Star program began testing bulbs before allowing the use of the Energy Star logo, the color quality of CFLs and LEDs has improved vastly and most emit the same quality of light as incandescents. However, CFLs and LEDs, just like other types of lighting, still come in a variety of color temperatures. Some might find certain color temperatures acceptable for a particular task, but others will find that the light quality is not what they wanted or need. 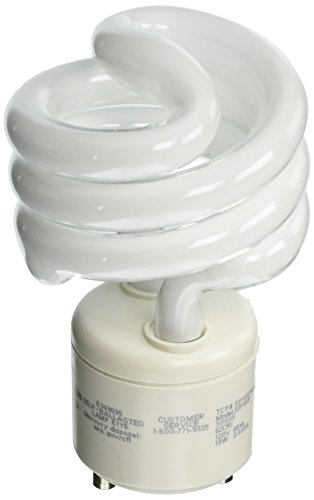 Which Color Temperature Should I Use?

To avoid buying the wrong type of CFL or LED for your needs, read the descriptions below for the three different categories. For a visual depiction of what the light emitted by each type looks like, refer to the image above.

CFLs and LEDs labeled as Warm or Soft White will emit light similar to incandescents in the range of 2700K to 3000K. The color is warm and inviting and not harsh. This is what most consumers will desire because it is the same quality light they found in incandescents.

CFLs and LEDs labeled with Cool or Bright White emit light in the range of 3500K to 4100K, which is a warmer color range than Warm and Soft White. This is acceptable for most tasks that require bright lighting yet where color temperature is not as important.

CFLs and LEDs labeled as Natural or Daylight might sound like they emit lighting that is comparable to sunlight, yet the light they emit is more characteristic of the type of lighting used for offices and stores, in the range of 5000K to 6500K. They're great for reading lamps and perhaps storage and laundry rooms, or places where you aren't going to be using them for entertainment purposes, such as your living or dining room.