What started as a one-man operation in 1943 (by the then 17-year old Ingvar Kamprad) in a small village in the south of Sweden has grown into a worldwide retail phenomenon with 127,000 employees and stores in 38 countries. I am of course talking about IKEA.

When I first arrived (from Sweden) in the Boston area in 1991, I was horrified to discover that the closest one was in New Jersey - not accessible for a student without a car (thankfully, the local Swedish women's group here used to organize a bus trip/IKEA shopping pilgrimage once a year). For many years, there was talk and rumors about IKEA opening a store in Massachusetts. We waited and waited, and finally in 2005, they opened in Stoughton, which still is a drive (on the always nightmarish 93), but doable. There has been one in the works much closer to the city for ages, but the local authorities keep putting obstacles in their way. At the time of writing, construction is once again on hold... we’re now hoping for 2012.

As evidenced by the company’s incredible growth over the years, it’s not just us Swedes who like their stuff. People all over the world love IKEA furniture, and with good reason: it's affordable, nice looking and most of the time sturdy enough to hold up to everyday wear and tear (never mind the often both mental and physical ordeal of putting it together). But let's face it, sometimes it can be a bit bland, not to mention the fact that as IKEA continues to spread across the globe, every home runs the risk of starting to look like the one next door.

Thankfully, there are creative people out there who have come up with solutions to this problem. A common thread here is that they were all looking for something that didn’t exist, and had the drive and smarts to turn that into very profitable businesses. Something to keep in mind the next time one thinks “why can’t somebody invent _____” when we can’t find a certain item...

Founded in 2004 by Canadian Lesley Pennington, Stockholm-based Bemz makes (washable) designer slipcovers for IKEA couches, chairs, footstools, and pillows, as well as bed skirts and bed frame and headboard covers. Lesley came up with the idea for the company when she bought an IKEA couch for her summer home, but wasn’t crazy about the fabric. She started looking for slipcovers in other fabrics specifically made for IKEA couches, wasn’t able to find any, and started making them herself.

It was an instant success, and today, there are tons of fabrics to choose from, and they sell their products all over the world. In 2009, they opened their “Inspiration Store” (right in the middle of Stockholm), and collaborate with fabulous artists and design houses such as Lisa Bengtsson, Designer’s Guild, Bantie and Marimekko for upholstery fabric designs.

The team behind Mykea came up with their products after purchasing a bunch of IKEA furniture for their office. After putting it together, they realized their office now looked very bland and colorless. They asked some artistic friends to come up with a few designs to jazz the furniture up and had them printed as decals. They were very happy with the results, and when they realized that IKEA products are identical all over the world, they suspected they had a good business idea on their hands. Turns out they were right. They now have lots of designs and you can shop by design or furniture piece.

And if you have a good idea for a decal design, send it to them! If they like it, they will put it on their site, and you will make money every time it sells.

The idea for Parts of Sweden was born when founder and owner Patrik Almö went to IKEA with his teenage daughter to buy her a new bed. When being faced with the only 2 leg options available for her chosen mattress, his daughter proclaimed “I don’t want any ordinary, boring bed legs”. That got her Dad thinking, and after brainstorming with friends about possible ways to personalize IKEA’s furniture, he started Parts of Sweden. Today, the company has 3 employees and offer products like a fold-out bar, DVD and CD storage, doors, shoe storage and magazine display for the ubiquitous Billy bookcases, drawer pulls for the kitchen, and obviously, bed legs in various designs (the “Lion”, pictured here, is my favorite!).

The team behind Diffrey had all done multiple kitchen renovations, many of them using IKEA products, and while they loved the affordability and ease of purchasing an entire IKEA kitchen, they thought they were a bit too uniform. Sure, you could hire a carpenter and have custom cabinet doors made, but that can be prohibitively expensive and it also takes time. After doing a lot of research, they decided to design their own collection of cabinet doors, drawer fronts and counter tops that would fit the IKEA kitchen bases. While they are not as inexpensive as IKEA’s own designs, they are definitely less expensive than hiring a carpenter, and I’d say they are well worth the price.

Why didn’t I think of this? The idea is so simple, and the final result has huge impact. The incredibly talented Danika Herrick and Cheryle Rhuda were looking for an easy way to add a bit of wow to their IKEA pieces, couldn’t find anything they liked and came up with the idea for O’verlays - fretwork panels made from a vinyl polymer composite. There are 5 different patterns, sized for Expedit, Effektiv, Rast and Malm (but you can get custom sizes cut as well), all come in white only, but they can easily be painted. They can be used on pretty much anything - tables, walls, mirrors, furniture, doors, windows, as room dividers, etc. Just look what a difference they make! 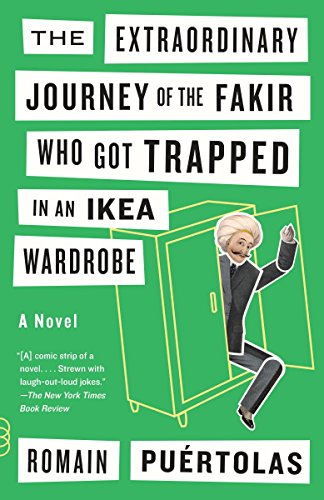