The garden sits on a site that is an island within Jackson Park, surrounded by lagoons just off Chicago's Lake Michigan lakefront and steps away from the 57th street beach. Jackson Park is also conveniently located just south of the Museum of Science and Industry.

The park and island was once a sandbar peninsula inhabited by native prairie grasses and trees. It was reshaped and developed by landscape architect Frederick Law Olmsted (under the direction of Daniel Burnham) for the 1893 World's Columbian Exposition.

Garden of The Phoenix aka Osaka Garden 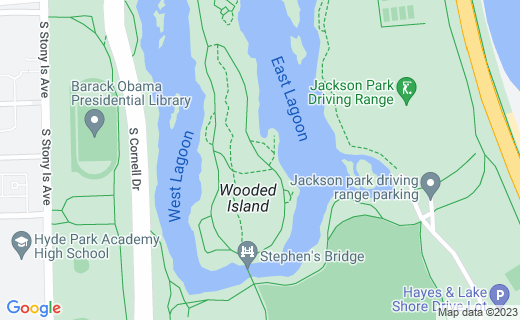 The site was used for the Government of Japan's pavilion during the expo. The site consisted of the pavilion house, Ho-o-den and three other structures. The purpose of this exhibit was to introduce Japanese culture to the Americans and showcase their art, religion and architecture.

Japan was very enthusiastic to be participating in this event because they wanted to prove to the Americans that they were progressive and modern.

Have you ever visited a Japanese garden?

Aftermath of the 1893 World's Columbian Exposition

After the fair, Frederick Olmsted and his son re-designed the island, lagoons and park to reflect what was once there and added more trees to the site. The purpose was to created a wooded sanctuary for both people and wildlife. it remained this way until the 1933 Century of Progress World's fair.

History of the site 1933 through WWII

In 1933, the Ho-o-den was refurbished and a tea house and gate were added onto the site in preparation for the Century of Progress World's Fair as a way to show gratitude to Japan for the past 40 years since their participation in the World's Columbian Exposition in 1893.

The Tori Gate Nippon Tea House and lanterns were moved closer to the Ho-o-den in 1935 and a traditional Japanese garden was then installed by designer George Shimoda.

During WWII, the site and it's buildings were boarded up with the intention of reopening it after the war was over.

During the beginning of the war, there were two incidences of arson at the site. The first incident was declared an unknown case because they couldn't identify the cause of the fire. The second incident was caused by two boys who were playing with matches near the site.

The two carved wooden panels of the Ho-o-den somehow miraculously survived both incidences. They are still in existence on display at the Art Institute of Chicago.

After the war, the site was never opened or rebuilt for some time. The park and surrounding neighborhood became unsafe for people visiting the park because of neglect and the criminal element responsible for muggings and rapes happening in the area. Lack of funding to rebuild the site also helped spur neglect.

There were talks and plans to rebuild the site as early as the late 1970s, but it wasn't until 1993 that the garden and structures began being rebuilt, thanks largely in part to the park district and neighborhood associations.

The Osaka Garden as it was first called, was dedicated in 1995. In 2002 and 2008, it got a facelift and additional flora, fauna and trees were added into the design of the site.

In 2012, the garden was renamed Garden of the Phoenix.

For More Information on this Garden

Japanese Gardens in general like to include items that create movement, like waterfalls and bodies of water. Vining plants also create a sense of movement within the space. Traditionally there is a place to meditate like a pavilion. All décor is created to flow within the landscape. Careful thought is placed on plants and trees as well. Some trees weep gracefully over a structure or body of water. Some create a space to rest in the shade. Other plants are chosen for their scent as well as structure.

How to Get to the Garden

There is no parking inside the garden or on Wooded Island. The closest parking is located south of the Museum of Science and Industry off of 5800 S. Lake Shore Drive. There is a pay lot there. The last check of the rate was $1.00 per hour.

After you park, proceed over the footbridge to the walking path. The wooded trail will take you right there. It is about a 10 minute walk.

The overall themes used in Japanese gardens are meant to promote tranquility and peace between humans and nature.

Here are two other Japanese gardens worth exploring:

Rate Me! Was this Hub interesting and engaging?