Bathrooms, restrooms, toilets, water closets or loos - whatever you want to call them, we all know what they are and what they are used for. But, they have not always been so handy, hygienic or private. They have changed over the years, and it is likely that they will continue to change.

Let’s look at the history of toilets through the ages. In our journey through history, we will even find an answer to the question of why a toilet is called “the john,” among other less favorable terms.

Imagine a large room, which had “holes” located side by side on all the walls of the room. Roman cities contained many of these public toilets. In fact, in 315 AD, the city of Rome contained 144 public toilets. The people met in these toileting rooms to share the latest gossip and news.

Toilet paper did not exist. Instead, they used a sponge attached to a wooden handle. This stick was dipped into a water channel, or bucket, and then used. The stick was shared by everyone who used the toileting facilities. It is said that some rich Romans, not wanting to use the stick and sponge, used an ostrich feather instead.

It is thought that the saying, “getting the wrong end of the stick”, came from this time period.

The Saxons had very little use for such luxuries. Instead, they used chamber pots or dug deep holes into the ground.

Rather than using chamber pots, wealthy individuals would have small rooms attached to an outside wall of their homes. This room would contain a plank of wood with a hole in it. Sometimes this room was built over a moat so the waste would fall into the water. Sometimes, the room was designed to allow the waste to fall into a hole (cesspit) that had been dug under the room. And in still others, the waste would fall into a chute where it was diverted to a moat or cesspit.

Those in the castle of King Henry VIII, courtiers and servants alike, shared a “great house of easement” which seated 28 people. The waste from this facility emptied into drains leading to the River Thames.

A team of boys small enough to crawl through these brick-lined drains were used to keep these drains clean and functioning. That’s a job that would make you want to grow up fast!

The king, however, had his own special “throne”, called a “close stool”. The king’s toilet consisted of a large bucket with a water tank, and it had a padded seat decorated with silk ribbons and golden nail studs.

The Tudors felt free to urinate, “pluck a rose” was the term they used, wherever they were when the need arose – in the corners of rooms, in the fireplace or on the street.

Common folks used leaves, moss or stones to wipe themselves. The well to do would use bits of old clothing.

In 1596, Sir John Harrington built the first flushable toilet in his home. This facility impressed Queen Elizabeth I, his godmother; and she had one built at Richmond Palace. It was dubbed “the John”. After Harrington’s death, his home was destroyed and almost 200 years went by before the next flushable facility was built.

During the Georgian Times, the "potty" was often kept inside a piece of furniture such as the sideboard and would be located in the dining room. Most people living in a Georgian city would have a cesspit either under their home or in their garden. The potties would be emptied into these pits. During this time period there are stories of people dying in the “night air”. It is now known that these deaths were caused by deadly poisonous gases caused by the wastes dumped in these cesspits.

Then in 1775, 179 years after Sir John Harrington’s invention, Alexander Cummings invented the first “modern” flushing toilet. It was improved a few years later by Joseph Bramah. Thomas Crapper’s company manufactured the toilets and his name was placed on them. This is the source from which one of the common, but not so nice, names for the toilet was derived.

In the 19th century, the population in Britain increased greatly, but the number of toilet facilities did not. Facilities were shared, especially among the poor. It was not uncommon for facilities to be shared my more than 100 people causing them to overflow, spilling waste into the streets and rivers.

The River Thames became a dumping ground for sewage, dead animals, horse manure and chemicals from factories. Although this water was brown when coming from the tap, the people drank it. The unhealthy water caused cholera outbreaks in the 1830’s and 1850’s killing tens of thousands.

To prevent this from continuing, in 1848 the government declared that every newly built home would include a water closet or ash-pit privy (hole filled with ash rather than water). It was not until 1865, however, that a new sewer system carrying toilet waste away from homes and away from the River Thames was completed. It was not until that time that people stopped dying from cholera and typhoid.

In 1857 the first toilet paper, which came in flat packs called “curl papers”, was sold in Britain. Because it embarrassed people to see it displayed in the stores, it was sold from under the counter.

The first rolls of toilet paper were sold in 1928. It was not until 1932 that soft toilet paper became available; and it was unpopular at first.

Despite the progress made in this arena, many people in rural areas still toileted in their gardens until the 1960’s. Despite the fact that my great-grandfather had a bathroom added onto his home, he still continued to use the outhouse until his death in the 1960’s. Although a younger girl at the time, the things I remember most about his outhouses (he had more than one) is that they were dark; they had spiders in them; and they often housed snakes. These minor details managed to put a damper on my curiosity.

This brings us to the present. Toilets, also known as commodes, come in many different colors and styles. Toilet paper comes in various colors, prints and even scents. Toilet paper dispensers are available with built-in air fresheners. Many public toilets now have an automatic flushing mechanism.

Toilets in the Future...

As long as we continue to need toilets, and I don't see that need changing, toilets will continue to change.

We are already seeing toilets with heated seats, water saving toilets, and toilets that can wash and dry your bottom. What more is in store for us when it comes to this delicate question? Time will surely tell.

I would not have thought that I would have been able to find a video that related to toilets that I would want to use in a hub, but once again I was wrong. Enjoy the video. 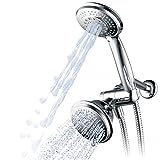 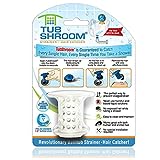