Water is a soothing element and I would always stop and admire the indoor fountains I see on "home improvement" aisle if I happen to spot some on the store. And there's this one I picked up assuming it was still on sale (the price tag of $4.99 was still in there) so I happily went on the register, imagining how pretty it would be on the living room. And when the item was scanned turned out to be almost $20. They hadn't taken off the red tag that was on the aisle while the fountain wasn't no longer on sale. So, I ended up returning it. I also thought, I can do some search online and see how to make an indoor water fountain out of bamboos as there should be something in there.

And so I did. I had enjoyed reading and exploring photos, watching videos of fountains on Youtube. And I got into viewing a shishi odoshi fountain (deer chaser) that I love to try making. And so I started purchasing water pumps on Ebay. My dad was a little hesitant of the bamboo fountain idea but when he got home one day and found me tinkering, he got into it. He actually enjoyed it and the first water pump I got, he used it on making the shishi odoshi which is now in our patio. And since I wanted to experience making one myself, I purchased a second water pump for $7.59, with a free shipping. And it arrived yesterday from China, a long waiting for shipping but I'm happy with it. It works just fine and is so cute, a little water pump.

So how to make an indoor bamboo fountain? Here's how I made mine.

I'm just excited and happy when I got the water pump yesterday. It was about less than 1 1/2 inches in length and about 1 inch in width and is color black. I could think of starting making the fountain and I would need a tube to connect to the pump. But then, I thought about trying a drinking straw first and just maybe...... maybe it would work and fit on the pump.

And so I did tried the straw and guess what? It fits! It fits perfectly!

Now I don't have to make a trip to the store to get a vinyl tube. I could just use this straw. But now I have to think on how my indoor bamboo fountain is going to be using the straw. Because unlike the vinyl tubing, I can't bend the straw or direct it into shapes that I wanted it to be. The straw has either to be vertical, or horizontal. 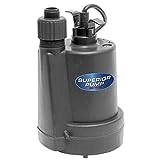 So I went to searching photos of indoor fountains to get an idea on what design I could have with mine. I was thinking about making an indoor shishi odoshi but figured I rather prefer something that is simplier and requires less time of making.

Gladly after viewing photos, an idea popped in and now I'm off into making it!

First, I have to look for bamboo on the patio that is suitable to use on the bamboo fountain. So I went on the patio, found some pieces of bamboos dad had used on the outdoor fountain before he remade it. And the perfect pieces of bamboo for my water pump's size is right there. I just have to saw it to the length I want and drill a hole for the straw to fit in. (Ops, apologize for not taking a photo on this step as it was past midnight when I went into sawing the little piece of bamboo. I also had thought of taking photos when I'm already about to set up the fountain.) I'm not the only one awake thou as my mom just arrived from work. And while she's doing laundry and preparing the barbecue marinade for tomorrow, 4th of July, I did the hand sawing on the patio that late.

And for making the hole where the straw is going to be inserted, I used a Phillips screwdriver, hitting it with a hammer very carefully while my foot is holding the bamboo on place.

I was about to keep on repeating the process until the size of the hole is just right for the straw, but mom suggested maybe it would be better if I just used a knife to carve more of the hole. And so I did and she even helped me with it.

And since I haven't taken a photo of that process, I'm just gonna share the photo here of the items I had used with the fountain.

The two green smaller bamboo are the ones for the fountain pump and the other piece of bamboo, the bigger brown one is for the lucky bamboo plant that I had planned to put with the fountain.

Also I woke up early today to get the lucky bamboo plant in the Asian market, (Seafood City) and a trip to the 99 Cents store to get the stones and the bowl.

And this following photos is when I'm about to get ready for setting my indoor bamboo fountain. So let's make it shall we?

I decided to just rinse the decorative stones, and I rinsed it twice. But after that, I still see some dust and other particles, looks like little oily to me too, and so I thought I will used soapy water and so I did. Washing the stones on soapy water, then rinsing it few times and the water is all clear now.

I took off most of the stones and put it for a while in the sink and emptied the bowl of water. Only few stones we're left on the glass bowl as I have to put the water pump first. Another thing I like about the pump is that it has suction.

Now, let's go back on the glass bowl. With the few decorative stones remaining, I cleared the center of the bowl and put the water pump in there. Added few more stones and then put the other piece of bamboo on one side. This is for the bamboo plant.

And with that, I added the rest of the decorative stones, being careful on covering the water pump as I want it hidden on the bowl.

After putting all the stones, it's time to fill the bowl with water.

The lucky bamboo plant is already in place as well as the other piece of bamboo and was then filled with water. I also had added a big stone for more effect.

Now that all was set, it is time to plug in the indoor bamboo fountain.

Bamboo fountain video tutorial. How I made mine.