How Beautiful Periwinkles Can Make You Sick and Even Kill You

Casey is an avid gardener and homesteader with years of experience managing Mother Nature.

I shouldn't have touched the periwinkles

As I write this article my eyes are swollen, I'm covered in an itchy rash all over my body, and I've been miserable for two weeks. All I can think is how much I hate those damn Periwinkles and regret my gardening efforts which resulted in me messing with a plant I should have never touched.

Mother nature is amazing. Nature contains absolutely beautiful things that can kill you. You could walk out into a forest, touch or eat the wrong plant, and that plant could make you sick without you realizing it.

Did you know that some types of Periwinkles are poisonous? I sure didn't.

There are different types of Periwinkles. The type I came into contact was a species called Vinca Minor. This species is a vine type plant with purple flowers which are poisonous to dogs, cats, horses, and humans if they are eaten. It you try to pull the vine to clear a garden bed and get the plants juices all over you (like me) you can get a poison ivy type rash.

Vinca Major: The two plants look alike but Vinca Major has larger flowers and leaves. Vinca Major isn't poisonous. Interestingly it is used in chemotherapy and can help treat cancer. Its also used by some as a treatment for high blood pressure and to assist in controlling bleeding. source

"Vinca major is a close relative of oleander but is far less harmful. Eating vinca plants can cause systemic toxicity varying from mild abdominal cramping to serious cardiac (heart) complications." quote from source

Vinca Minor: This species is poisonous. It looks almost exactly like Vinca Major except the flowers and leaves are smaller. Also nicknamed the "Flower of Death," when large consumed in high quantities can kill people and pets. It can also cause humans to break out in a rash involving bumps that are red and itch. The rash is hard to cure with poison ivy treatments and a doctors visit is probably needed for more persistent cases. source

A Great Ground Cover But Dangerous

Up until this point I actually really loved our Vinca Minor vines. They cover like 70% of our mountain with pretty purple flowers. They are an aggressive vine and smother out the weeds which is nice. The areas of our property covered in this plant don't have grass to mow and the vines stay flat against the ground. Vine plants are extremely useful in controlling certain sections of the yard.

Having a severe allergic reaction to my Periwinkles

That being said, I now know I have to be cautious with the Vinca. I had a garden bed filled with it and decided to clear it for my asparagus patch. Thing is, ever since we moved in our house two years ago, my husband and I kept getting rashes outside. They were small and we both figured it was poison ivy (even though we never saw any). I've walked though the Periwinkles countless times not knowing the name or anything about the vines I was stepping on.

It was a comment by a friend of mine about a photo of my purple flowers and vines where he identified the plant's name. After a little research, come to find out, I've been getting poisoned by them over and over. Periwinkle rash is different than Poison Ivy. The rash is red, has bumps, and looks similar to Poison Ivy but it WON'T GO AWAY. One patch of rash stuck around on one finger for four months. I didn't know at the time it was Periwinkle rash and thought it was Poison Ivy. No Poison Ivy treatment worked on it (corticosteroid cream, oatmeal baths, aloe, etc.)

When I cleared the Vinca from my garden box, that was the first time I'd really messed with the plants with my hands. I'd seen blogs say that using shears was the best tool for removal of periwinkle vines (no mention that they could cause rashes). I used garden shears to cut the roots and rolled the vines up to remove them from the box. I wore gloves and I took a shower immediately after but that didn't protect me. I started breaking out in a rash later that night. By the next day the rash was all over my arms. I figured it was done....NOPE. Every day for four days it spread to a new body part. I got it on my chest, all the way down my left leg, on my fingers, on my face, and on my eyelids. My eyes were swollen so badly my vision was blurry and my whole body itched and itched.

For me steroids are the only cure

I don't take many pills but it was me breaking down and trying Benadryl that halted the spread. It didn't stop the itch or the rash and even though I tried countless home remedies nothing worked. After also dealing with a bad case of tendinitis in my hand, I went to the doctor who gave me a steroid shot to treat both conditions and some steroid pills for the rash. I could tell later that day before taking any pills that the steroid shot was working. The itching was less severe and the red rash wasn't as bright. The shot alone healed the rash within a few days but the steroid pills did come in handy for a few other occasions when I managed to get Periwinkle rashes again. When 70% of your yard is covered in this plant like mine it's damn near impossible to stay away from it.

It stinks having such a large portion of my yard toxic to me. My husband has also had reactions to the periwinkle vines but not as severe as me. We've also had a few visitors get long-term rashes from coming into contact with it. Such a beautiful plant but very, very toxic.

We've slowly resorted to poisoning some of the sections of Periwinkle closest to our house. I can get a rash just standing near it and even though I hate poison, it's the only choice for us since we can't touch it. There is still a ton of yard covered in it but at least I can go outside in the yard safely and can enjoy mother nature without having Periwinkles too close by.

Photo credit: all photos are my own. 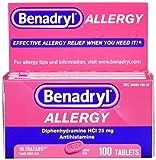