How To Find A Lost Phone, Keys, or Credit Card?

How To Find Lost Items

Everyone loses things sometimes. Usually, this is not a big problem. If you lose a pen, you can easily replace it with a different one. If you lose your grocery list, you will eventually remember the things you need to buy at the store. Buy what if you lose something valuable or that cannot easily be replaced? How can you find lost items if you need to get them back?

The strategy to locate lost items depends on what kind of item was lost and where it was likely lost. Some lost items are of almost no value to anyone else.

Other items are valuable and could be sold or used by whoever finds them. A lost cell phone, lost tablet, or lost laptop are good examples of items that can easily be used by someone else or sold for cash. Your chances of recovery for these items will depend greatly on 1) who finds the item and 2) where it is found.

If you lose cash, anyone who finds it can use it with practically no chance of anyone knowing it is not really theirs . Small amounts of cash that are lost are almost never returned unless the person who finds the cash actually sees who dropped it. A large amount of cash that is found may or may not be turned in to police or lost and found. Odds of recovering lost cash are pretty small. Offering a reward may help someone benefit from finding the cash and having a clear conscience by doing the right thing and turning it in. 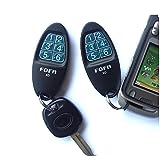 A lost glove is a good example of a lost item that essentially has no value to anyone else. What would anyone do with one glove without a match?

Lost keys are also in this category. Keys are essential to the owner, but worthless to anyone else. This sort of lost item has the highest probability of recovery.

As you scan the ground for your lost glove or lost keys, also keep an eye out for the nearest place that has a lost and found box. Convenience stores, bars, and restaurants are likely places where someone could turn in a lost item.

For an item like a lost glove or a lost hub cab, it is possible that someone who finds the lost item will prop it up near the place it was found to make it easier to spot. You often see lost hub caps propped up on road signs, and sometimes see lost gloves placed on top of a fence post to make them easier for the owner to spot.

If no one answers, you will need to retrace your steps. Start with the easiest places to check like in your car and around your house or workplace. Move out from there to stores and other places you spent time. At some point, you will need to assume that your battery is dead and that the phone will no longer ring or turn on to allow someone who finds it to check for a number to call to reach the owner. You may want to contact your phone company and disable service on the phone to prevent someone else from using it.

The chances are fairly high that a lost credit card will be turned in to lost and found. It has your name on it, and it is risky for anyone else to use it. I have found lost credit cards a few times. If I find a credit card at a store or restaurant, I will turn it in at the establishment where I found it.

Once, I found a lost credit card along the road. The instructions on the back of the card gave an address in the United Kingdom where the card should be sent. I didn't have foreign postage, so I dropped the lost credit card in a USPS drop box near where I found the credit card. I figured this would keep the card safe, and that the people at the post office would know how to get it to the bank office in the UK.

Your best strategy to find a lost credit card is to check areas where you may have left it and also check nearby lost and found boxes at customer service desks of stores, etc. You should call your credit card company or bank right away and report the credit card as stolen so no one else can use it.

If you drop a large bill or a wad of cash, is there any hope of finding it again? I would say the odds are slim to none. Your best chance is to post a note at the location you think you lost the cash. Describe the date the cash was lost, the approximate time the cash was lost, and describe the bills that were lost. You can also offer a reward to whoever returns the cash. It is worth a try. You could also report the lost cash to the local police department so they can call you if someone turns it in to them.

How I Found My Lost Glove

Here is an example of successfully finding a lost item. I was wearing a nice pair of leather gloves lined with Thinsulate when I took my dogs for a walk after dark. These are expensive gloves that I could not easily replace- they must have been a gift. I warmed up as I was walking, took the gloves off, and put them in my jacket pocket.

I ended up going for a 4 mile walk. When I returned home, I reached in my pocket and found only one glove. Bad news. I decided to take my bike at dawn and retrace my path. The glove was dark brown and should stand out on a sidewalk or walking path. As I rode along scanning the sidewalk for my lost glove, I noticed that large leaves and shut-off valves look a lot like a lost glove from a distance...

As I continued riding and searching for my lost glove, I realized several things could go wrong with my plan to recover my lost glove:

While searching for my glove, I found a few interesting things. I found a medallion from the hood of a BMW. Since it was a couple days after Halloween, I figured this could be the result of mischief and left it alone. Sometimes the best course of action is to leave a lost item in place to make it easier for its owner to find. I also found a kid's mitten. From a distance, I thought it could be my lost glove. I decided to leave the mitten laying on the trail without moving it to increase the chances that it's owner or parents would find it when they retrace their steps looking for it.

Finally after retracing almost the entire 4 mile route, I was almost out of hope. I had stopped at a gas station along the way and asked if they had any lost gloves turned in. No luck. I had several false alarms as I saw large leaves or other dark objects on the sidewalk that looked like gloves, but unfortunately were not.

I was beginning to consider back-up plans. The missing glove was a right glove and I am right-handed. Perhaps I could wear the left glove that I still have backward on my right hand while scraping ice off of my windshield, etc. if I am not able to find the missing glove.

As luck would have it, I found my lost glove within a couple blocks of my house. It was laying on the sidewalk. The strategy of retracing my steps to find my lost item worked in this case.

The place you find a lost item is usually the last place you look...