How To Maximize Space In A Small Bathroom

Elle Fredine (RedElf) photographer, published author, educator. Can't use it as is? Fix-it, adapt-it, and do-it-yourself whenever possible

One of the biggest home renovation challenges can be creating space in a small, main bath where no space actually exists.

The main bath of our 1940s, lath-and-plaster home has several problems, only one of which is storage. The plumbing is stacked with the downstairs bathroom, and eventually, we will have to do a full gut and re-build. The main bath is only used as a guest bathroom right now. We use the downstairs bathroom – the one with the shower – for our bathroom, so we decided to keep the fixture placement until we are ready to renovate the basement.

Maintaining the same footprint allows us to make some necessary, but largely cosmetic changes right now, and leave re-plumbing the room for the future.

Once we'd decided to renovate the main floor bathroom, the first step was to take stock of the existing features.

The main bath sports the requisite toilet and a sink with a very large built-in vanity. The bathtub, with its hand-held shower, takes up the end of the room, under a pebble glass, sliding window. The room is tiled all round to with subway tile and bull-nose topper to about a three foot height – very clean and quite modern looking.

After deciding to leave the tiles in place, the next step we took was to rip out the wall cupboard and too-large vanity.

Yes, I did say that we removed cupboards. Let me explain. Badly placed cupboards can be as big a problem as no cupboards at all. In fact, they are more of a problem, because now you have to remove them before you can begin anything else.

As well, the wall cupboard, built to house the towel overflow from the small hallway linen closet, overhangs the bathtub. For practical reasons alone, that cupboard had to go. We wanted to be able to stand up in the tub, and take a shower without worrying about spraying water into the towel cupboard.

We decided on a retro look for the shower curtain, and found exactly what we were looking for on-line - the kind of rounded-rectangle track you see in old-fashioned, claw-foot tubs where the curtain draws all the way around the inside of the tub. This allowed us to keep the window for added ventilation while protecting the original plaster walls.

After the hanging cupboard came down – not without a struggle as it had been built to last – we had to make some repairs to the plaster work. Fortunately, the cupboard had been built right onto the wall, so with the exception of some screw holes, the damage was relatively minor and easily patched…then sanded…then re-patched and re-sanded until it was finally ready to repaint.

The vanity created a few more problems as it butted up against the tub - and, again, had been built to last. We were initially concerned we might have to refinish the outside of the tub as there were some marks left by removing the vanity, but after consulting our local hardware-store guru, we were able to apply a patching medium for a seamless finish.

It had been a lot of work, but, with the addition of a new pedestal sink and low profile, double flush toilet, we were finally ready to start creating useable storage in our now spacious-looking bathroom. It is truly amazing how much bigger it appears without a cupboard overhanging the now sparkling tub, and an over-large vanity crowded against it. 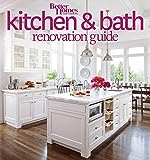 The new, water-resistant paint was barely dry on the end walls before we started on the next phase.

Our shopping research had paid off big-time. We found two narrow shelving units at IKEA. They were just the right width to fit between the wall studs, at 12" on center, and were 12" deep, affording lots of storage space for the towels and toiletries needed in a guest bathroom. The etched glass doors worked perfectly with the look we were going for, and beautifully complemented the existing tiles.

Next, we built a platform for the shelving units to sit on, so that the bottom of the glass doors would sit just above the top of the baseboards. Our IKEA finds slid into place, fitting perfectly between the studs.

We anchored the shelving units in place and trimmed around the cupboards on the bathroom side, painted the trim to match the baseboards, and mounted the glass doors.Then we reattached the baseboard and touched up the few, small scuffs and nail holes.

From the bathroom side, the effect is wonderful. The new pedestal sink and low-profile toilet are the perfect scale for a small bathroom. We are also quite excited about the double-flush toilet for its promised savings in both water and our energy bill - two budget-wise reasons to "go green".

The etched mirror of the doors reflects lots of light and makes the bathroom look even larger, while the new white-figured, semi-opaque material of the shower curtain lends an airy feel to the renewed space.

We are totally thrilled with our new guest bath. We were able to re-purpose two lovely, antique metal wall sconces that used to inhabit our hallway, just at head-bonking height. They now gracefully shed their light from either side of the built in medicine cabinet set cleverly into the wall above the pedestal sink. Part of the original fixtures, this clever cabinet was the jumping off point for our new, built-in wall units.

...and the office? Well, that will be the topic for another hub - on built-in bookcases.