How To Prune a Fruit Tree

Angela, though not a natural green thumb, has studied gardening in order to better care for her yard.

Most fruit trees should be planted in early spring, especially apple trees, to get plenty of rainwater. Planting them in the spring allows them to grow roots all summer, long before the colder weather causes them to become dormant. It is important to water these new trees frequently, for at least ten minutes, three times a week, with your hose running a very thin stream and rainwater. The flow should be as thick as your pinkie finger, which will cause a deep watering, which lasts a couple of days, at least.

How To Plant a Fruit Tree

When Do You Prune Fruit Trees? 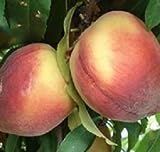 How Do You Prune Fruit Trees?

The primary purpose of pruning a fruit tree is to make it healthier, easier for branches to breathe, and produce more. The best way to make a tree more productive is by allowing it to be healthier and more breathable.

Regardless of the reason for pruning, you want to make a thirty-degree backward angle cut right above a healthy bud. You do not want to trim below a bud because you don't want your tree to have stubs. You want to ensure that new growth will grow on your tree wherever you have trimmed. Also, make sure you are using sharp, clean shears to prevent exposure to split diseased branches. Clean your shears with alcohol between each tree, which will help prevent the spread of diseases from one fruit tree to another.

Should Fruit Trees Be Trimmed?

Make Your Fruit Tree Healthier: The first thing you want to prune off your fruit tree is any dead, damaged, or diseased portions of the tree, which alone is the most crucial part of pruning a fruit tree. Dead and diseased portions are easy to find, as they usually are identified by dying, rotten fruit and leaves or blackened branches. When trimming off dead or diseased parts, make sure to make your cut right above the closest, healthy bud.

Damaged portions are less easy to spot. If not taken care of, those portions will die, which causes more of the tree to die. Damaged branches might include cracked or broken branches. Trim the damaged piece in the same fashion as you would with a dead portion above a healthy bud or leaf.

Allow Branches To Breathe: Making it so that the branches can breathe and grow more efficiently will allow your tree to grow larger, tastier fruit. If left to its own devices, your fruit tree will bear fruit; although plentiful, the fruit will be much smaller. Most of the fruit will be too small to harvest, and others might become damaged by disease or pests. On the other hand, if you over-prune the trees, the fruit will become too big and flavorless.

A good rule of thumb so that you will not over-prune is never to cut a branch that is more than two inches thick. The branches you want to trim most frequently are twigs and branches that point inward or downward. Twigs and downward-facing branches will interfere with the healthy upward growth of the most viable twigs and branches. By eliminating the branches that are not reaching for the sun, the tree can focus, giving nutrients towards the parts of the tree that have the most sun exposure and are more likely to produce tasty, sweet fruit. 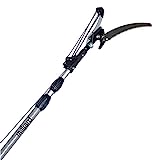 Trimming a fruit tree should be done differently as the tree gets older.

In the first year, you want to focus on limiting any downward-facing branches, which will make it so that the fruit will be less accessible to ground-dwelling animals. It will also give the tree a more appealing appearance. If any long, awkward branches stick further out than the rest of the tree, they need to be trimmed. Do not trim them down more than two-thirds of the initial length because a long, awkward branch may put the tree off balance or overpower the tree many years later. Snow or other heavy pressures could cause breakage later on.

In the second year, you want to follow much of the same instructions as in the first year. Fortunately, the tree will continue to grow plentiful and prosperous. The branches you want to encourage are the ones that stick upward or outward. Any branches that are beginning to grow inward can cause overcrowding later on. Trim them to allow your tree to be more breathable.

In the third year, the edible fruit will still not have produced on the tree, but the leaves and branches will be plentiful. There should be at least four main shoots. Make sure these four shoots allow the tree to be even and not off-balanced. You can trim the branches down to half their original length. Inward-facing twigs should also be trimmed while encouraging upward and outward-facing growth. If you need to cut awkward growth, trim them so at least four buds are present.

In the fourth year, the fruit will begin to develop. Although the tree is still not completely mature, continue to ensure that the four main shoots are equal without trimming more than a third off the branches. Continue to limit inward-facing growth as in the previous years. This year, there will be much less trimming than years before.

In the fifth year and beyond, your fruit tree will finally be mature! Only minor annual pruning will be necessary. It will be easier to maintain as it gets older with less and less work involved. Now it's time to enjoy the fruit.