How to Grow Lingonberry (Vaccinium vitis-idaea)

Vaccinium vitis-idaea, otherwise known as the lingonberry or cowberry, is a native of the very far northern areas of the world, including Scandinavia where its fruit has been traditionally used in jams, sauces, juices, liqueurs and even vodka.

A wild plant, its berries have been collected and are much sought after, but in recent times commercial cultivation has commenced, specifically in the Northern western Pacific areas of America, and the lingonberry is now a welcome addition to many gardens.

A low growing plant, the lingonberry only reaches up to 20" in height, and produces clusters of pretty pale pink to white bell-shaped flowers in the spring, which by autumn have turned into the small red berries that are picked.

The other names of the lingonberry include csejka berry, foxberry, quailberry, beaverberry, mountain cranberry, red whortleberry, bearberry, lowbush cranberry, cougarberry, mountain bilberry, partridgeberry and redberry, depending on the region where they grow.

Buy a Lingonberry plant at Amazon

It's accepted Latin name is quite a mouthful.

The "vaccinium" in its name relates to cows (hence the name cowberry)m while "vitis" is Latin for vine and "idaea" refers to raspberries whose Latin name is Rubus idaeaus.

The name Lingonberry is derived from the Swedish name for the berry - "Lingon".

Latin names are important to plants, because while local names may change according to the language spoken, the Latin name remains constant, no matter which country you are in, in the world.

This saves getting one species of plant confused with another.

There are two known subspecies of Vaccinium vitis-idaea.

Where can Lingonberries grow?

Lingonberries need a harsh winter in order to survive, so they really cannot be grown in the warmer climates of the world.

They can survive winter temperatures of -40oF (-40oC) but fare badly under hot summer suns.

They hate alkaline soils, but grow well in acidic and moist soils, so areas of high rainfall are preferable.

The lingonberry is suitable to grow in borders beneath the canopy of trees or taller plants, as they tolerate shade well.

How to propagate Lingonberries?

Lingonberries send out underground shoots that readily form roots, and send up new sprouts. In this way, your lingonberry bush can spread readily.

To propagate new plants, simply cut off one of those rooted underground stems and replant. This is best done in the autumn as the plant is ready to enter its period of dormancy.

It will take 2 or 3 years for each new plant to begin cropping profusely.

Lingonberry bushes are evergreen, and so will not drop its leaves in winter, unlike most other low-growing fruit bushes.

They survive quite happily under a blanket of winter snow.

The Lingonberry is slightly tart, even when fully ripe, and is very similar to a smaller version of the cranberry.

They can be cooked in exactly the same way you prepare cranberries, and served up as an accompaniment to venison and poultry, the same as cranberries.

Added sugar when cooking lingonberries will sweeten them up and improve their taste.

When refrigerated, fresh Lingonberries can keep for three weeks, or they can be frozen for use in the kitchen throughout the year.

Their flavor is distinctive and quite different from cranberries, which are from the same Vaccinium family.

While each plant is self-pollinating, allowing the cross-pollination of different plants will produce bigger fruit, each with its own distinctive taste. 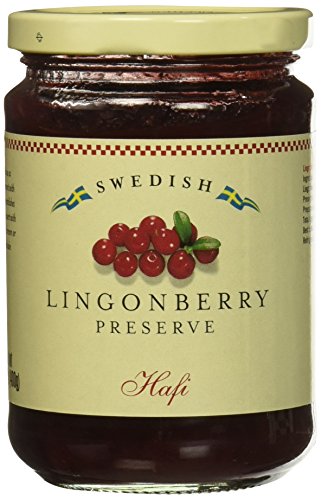 Lingonberries contain plenty of vitamins A, B (1,2 and 3) and C as well as essential elements calcium, magnesium, phosphorus and potassium, and are rich in healthy omega-3 fatty acids.

They have been traditionally used in folk medicine to;

and have been used invariably in medications to treat breast cancer, diabetes and rheumatism.