Loquat or Nispero as they are known in Spain, the world's biggest producer of this fruit, are grown on trees called Eriobotrya japonica.

They are very handsome trees, with wide, exotic looking leaves that are large, long, deep-veined and dark green on the upper side, while soft and downy on the underside.

They readily produce clusters of pretty white flowers in the autumn and through the winter, turning in early spring to small fruits, loquats, that when fully ripe are a yellowish-orange in color, and very easy to eat straight from the tree.

Inside the fleshy fruit are several large brown seeds, when readily germinate if planted in some fresh compost.

Loquats need a subtropical climate in which to produce fruit.

They are not fussed about the type of soil they are planted in, and grow happily in very poor soils, even in clay or alkaline soils that most other plants would shun.

They prefer as much sunlight as possible, but will also thrive in partial shade.

Their water requirements are not high, as I have one growing happily in my garden and I never water it, leaving it to search out whatever water is left by rainfall, which annually is very low.

I did give it extra water in its first year of growth after planting. All new plants or trees require this to allow their roots to develop fully, after which most can be left well alone, unless there is an exceptionally long and hot dry spell.

My loquat tree is now 3 years old, and looks set to produce a lot of fruit this year.

I bought it as a grafted fruit tree. No-one told me it was grafted, but it was easily spotted.

The loquat originally came from China, and is sometimes called the Chinese or Japanese plum.

Here in Spain it is also known as níspero del Japón as well as nispero de España.

I had never heard of the fruit until I moved here, and had to use a dictionary to learn that nispero and loquat are the same.

I see on wikipedia that the name nispero means different thngs in different parts of the world, and may in fact relate to trees other than Eriobotrya japonica, but this is definitely the variety I have here.

Uses of the Loquat fruit

Loquats can be made into jams and preserves, or added raw to fruit salads or other fruit dishes.

It has a very pleasant sweet taste, with flesh having the feel of peach, yet somehow softer and juicier, and the taste of a mixture of apple and peach.

It is also used in wine and liqueur making, giving out a very distinctive flavour that is quite delicious.

However, I won't be trying any recipe soon, as my one tree could never produce enough fruit.

Loquats are small, round or sometimes oval shaped fruits that 3 or 4 could easily sit at one time on one of my rather small hands. The stones take up quite a lot of the available space inside the fruit too, leaving only a little flesh per fruit.

Delicious though they are, there is not much more than two mouthfuls if you are lucky in each fruit. 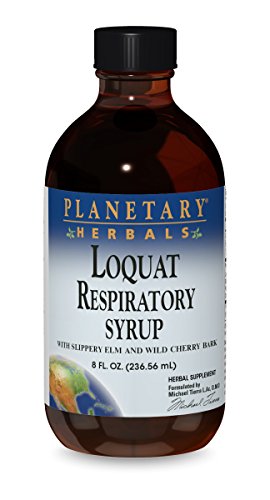 Loquats contain substantial amounts of vitamins A and C, potassium and manganese, while being low in dietary fats and sodium.

Similar to its distant cousin, the apple, it has a high pectin and sugar content.

Traditional Chinese medicine uses loquat syrup, made from the leaves, as an expectorant and cough soother. It can also help stop vomiting and reduce thirst.

Care must be taken when preparing young leaves or the seed for medicinal purposes, as they contain small amounts of cyanide.

Consuming high amounts of the fruit will give a feeling of calm as it has a sedative effect on the body.

The loquat tree can grow up to 33' high, but most cutivars are bred to be smaller, reaching a maximum height of about 13'.

These are beautiful trees that will survive well in temperate climates, and give gardens a focal point that will look tropical while blending in well with surrounding garden plants.

Even if it is too cold for them to fruit, they are well worth growing just for their attractiveness which can only add to the pleasure you take from gardening or using your yard.

Hybridizers are busy working on cultivating hardy loquat fruit trees, and it would seem that Amazon already has them in stock.

'Big Jim' is hardy down to 12o F, only grows to a maximum of 15', is self-fertile and produces fruit.

What are you waiting for?