How to Make a Thin Film Mirror Parabolic Reflector Dish

Parabolic reflectors are an efficient way of creating a high temperature focused beam of light to start a fire or to take a focused light source and distribute it over a large area (this is the way that headlights on a car work). The dish we will be making was conceived to use at a camp site as a way to both light and direct the heat from a campfire.

There are two methods that can be used to create a proper parabolic reflector. Which one you use will depend on the materials that are readily available in your area.

Method One: Using a Satellite Dish

Obtain a 15-inch satellite dish. Remove all of the components including the armature and mounting brackets with the appropriate socket or wrench.

Paint the interior curve of the parabolic dish with chrome spray paint. Cover the entire surface so there are not dead spots on the dish. This may take two or three coats of paint.

Trim any overhanging tape with a pair of sharp scissors. This completes the ready-made parabolic reflector.

Obtain a 70-gallon water storage tank with a concave bottom. Cut the barrel in half with a jigsaw so the base remains intact. Flip it over so the concave base is facing up.

Extend the lip on the edge of the base of the tank with duct tape. This will be used to help remove the fiberglass parabolic form after it has dried.

Fill a 5-gallon bucket halfway with Portland cement mix and water. Add in two to three handfuls of aggregate and mix the cement with a cordless drill equipped with a paint stirring attachment.

Scoop out cement mix with a 1-gallon bucket and pour it into the concave base of the water tank. Continue filling the tank until the cement reaches the edge of the original rim (as opposed to the extended duct tape rim). Let dry for 12 to 24 hours.

Place the form, flat side down, in a well ventilated area. Spray a generous layer of paraffin on the concrete. The surface will change color from a light to dark grey.

Buff the concrete with a high speed buffer equipped with a polishing pad.

Crumble the edge of a paraffin block or candle with your finger and spread the wax over the surface of the concrete. Buff it in the same manner as before. This wax will make the fiberglass reflector release from the concrete mold.

Mix a batch of epoxy resin and apply it to the waxed concrete with a paintbrush.

Tear small pieces off from the fiberglass repair sheet and press them down into the resin. Cover the entire surface of the concrete with one layer of fiberglass.

Buff the interior curve of the fiberglass with the buffer equipped with a polishing pad. This will remove any wax or concrete debris from the interior of the parabolic form.

Trim the excess tape from the edge of the parabolic dish with sharp scissors.

Satellite dishes can often be found by checking local recycling networks and websites or by placing an ad in the local paper saying you'll remove satellite dishes for free.

Always use safety equipment including gloves, goggles and respirators when working with power tools and fiberglass. 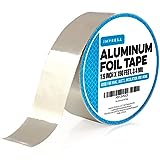