If you are into agricultural farming or animal farming, knowledge on Azolla and on its production can do wonders to the farming you are into. Technically Azolla is a type of aquatic fern and is rich in organic nutrients. Azolla includes 25-30 percent of protein, essential amino acids, vitamins (vitamin A, vitamin B12 and Beta- Carotene), calcium and iron minerals .As the same time, Azolla contains phosphorus, potassium, ferrous, copper, magnesium, bio-active substances and it is this property that makes Azolla a perfect organic fertilizer. Azolla can also be used as a cattle feed. Among cattle, research has proved that Azolla helps to increase the milk production. It can be also used as a feed to quail, rabbit, fish, duck, pig etc. If fed to hen on a daily basis, Azolla helps in producing good quality of eggs.

The Anabaena in Azolla helps to absorb nitrogen, and later on the nitrogen absorbed is converted to protein and amino acid which is later stored in the leaves. Since Nitrogen is one main factor that helps in a plant’s growth, Azolla, when used as a fertilizer, helps in the growth of a plant. Azollo also act as a mosquito repellant. Dried Azolla is also useful and is known to be partial substitute to the traditional sources of protein such as Groundnut meal. Hence Azolla produced in excess can be dried and stored in plastic bags.. In poultry diet, Azolla in dried form is limited to 5% along with regular diet. These days, Bio-gas is also produced from Azolla.

It is very less expensive to cultivate Azolla and can be cultivated your home or farming place. Azolla is already a trending organic fertilizer and feed in countries such as China, Vietnam and Philippines.

According to scientific research, Azolla ferns helps to produce nitrogen and reduce atmospheric CO2 to avoid global warming.Studies done along the Arctic ocean confirms that Azolla in a way helped to decrease the level of green house gases (water vapor and methane) and cool the atmosphere by reducing atmospheric CO2 in the in Arctic ocean area reducing the artifacts of global warming. Progressive reduction of this greenhouse gases lowered the temperatures further particularly at the poles which leads icehouse world.

Due to industrialization, enormous amount of atmospheric CO2 is produced. But if we cultivate Azolla which helps to reduce atmospheric CO2, it balances risky climate change globally and benefits animals and humans.

Adaption of Azolla cultivation is rapidly growing in India too. There are many Azolla farms in states such as Andrapradesh, Karnataka, Kerala, Tamilnadu etc. This brings India some extra yields in crops, milk production and good revenue in exporting Azolla to other countries.

Climate with temperature between 25°C -30°C and with a humidity of 80 % is best suitable for Azolla cultivation. The cultivation can be done in Paddy field or with a set up made using Tarpaulin. The yield rate is better if cultivated on a tarpaulin set up (50 gm per square-feet daily with comparison to paddy field cultivation (400gm per square feet) daily.

Note: Please follow the steps here and in the given video below .place the brick on the 4 corners of tarpaulin sheet of the farm bed and the sides.This is not given in the picture(Azolla Farm bed Preparation) above.

Maintenance of the Water Body or Azolla farm:

How to feed Azolla for cows, hens and other animals and to use in Gardening

Please watch the given video for the demo of feeding Azolla for animals and it is clearly shown in the above pictures.

Now a days, farmers are widely using Azolla as a cattle feed instead of other artificially made cattle feed that they used before. Also, production expenditure of Azolla is very less. Only expenditure item required to make an Azolla set up is a tarpaulin sheet. Azolla culture (Azolla Seeds) can be easily obtained from other Azolla farms or you can contact nearest agricultural development office or United States Department of Agriculture (USDA) for the same.Happy Azolla farming!.

Read the steps and watch this Azolla Farming video 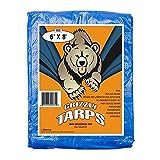 Do you think this article help you to do Azolla Farming?