Is Missouri a Good State to go Off the Grid? 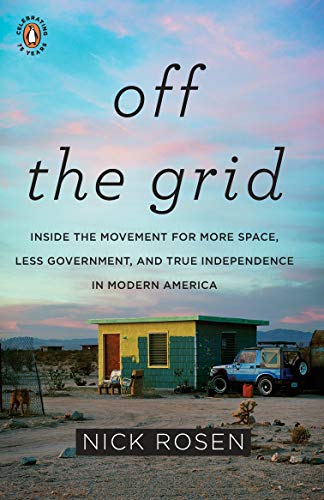 Off the Grid: Inside the Movement for More Space, Less Government, and True Independence in Mo dern America
Buy Now

Missouri has a reputation for encouraging the off-grid lifestyle. It also has a relatively mild climate and fairly conservative laws. But, are there any negatives when going off the grid in Missouri? Let's take a look and see.

Missouri has a continental climate. The average annual temperature is 50 degrees Fahrenheit. The coldest temperature ever recorded in Missouri was minus 40 degrees in February 1905, the hottest was 118 degrees Fahrenheit set on July 14th, 1954. Missouri can have heat waves and it is very hot and humid. Usually the winters are mild but the last few winters have been very snowy.

Missouri gets 41 inches of rain per year, the average in the United States is 14 inches. And, Missouri gets 25 inches of snow per year. No worries about water in this state! Summers are very hot and humid though (which I personally loathe). Winters are usually mild although the last few winters have had heavy snowfall.

Much of rural Missouri does not require building permits. Missouri has rules about septic systems and wells but you are not required to have either to live on your property. Populated regions do have zoning and building codes but if you stick to the rural areas you should be fine.

Cottage food laws in Missouri require a permit to operate a food processing operation in their homes. The foods must be non-potentially hazardous foods like jams, jellies, cakes, pies and tortillas to name a few. They can only be sold directly to the consumer at farmers markets, road-side stands or at special events like parades or flea markets. Missouri requires no permit, registration, licensing or sales requirements. There are labeling requirements in Missouri.

Missouri is what is considered a “low regulation” state. The state requires no parental notification or notice by the parents to the state that you are homeschooling your children.

Living off the grid with Merlyn Seeley
Buy Now

Rainwater harvesting using rain barrels is not illegal in Missouri.

Same sex marriage is illegal in Missouri and is banned by the state Constitution and by law.

Permit to Purchase Rifles, Shotguns and Handguns: NO

Registration of Rifles, Shotguns and Handguns: NO

Licensing of Rifles, Shotguns and Handguns: NO

Missouri is ranked 9th out of 50 in the best state for gun owners poll (#1 being the best). 41% of Missouri residents own a gun. A bill was introduced into the Missouri state legislature that would send a politician to jail just for introducing anti-gun legislation a week after a group of Democrats from St. Louis introduced an Assault Weapons ban!

Raw milk is legal only through a retail store if the producer owns and operates the store. I could not find any regulations against having a garden in your front yard in Missouri.

Farm animals can graze year round in Missouri which can save a lot of money since you don't have to buy extra feed. The prairies of northern and west-central Missouri allow for the cultivation of livestock and growing grain for feed. Animals that are cultivated in Missouri are cows, horses, sheep and alpacas to name a few.

Would you consider Going Off the Grid in Missouri?

Missouri is warm in the summer and cold in the winter. The growing season in the northwestern part of the state is 198 days, in the southeastern it is 250 days. Of course the growing season is much shorter in the Ozarks.

Missouri gets an average of 26 tornadoes per year. Of those, eight are considered violent. Missouri ranks 7th in frequency, 12th in fatalities and 9th in economic loss in the nation due to tornadoes. Missouri has been getting a lot of bad press lately given the recent riots in Ferguson but in spite of the incidents in Ferguson Missouri has an average crime rate overall. Nevertheless, when it comes to going off the grid and living a sustainable life Missouri has a lot going for it. The cost of living is low, property prices are low, the weather is decent and in many parts of the state they will let you build your alternative home without building permits. Tornadoes aside, I was impressed with the information on Missouri and would consider this state as a good candidate for living an off-grid life.

but when it comes to going off the grid and living a sustainable life Missouri has a lot going for it. The cost of living is low, property prices are relatively low, the weather is decent and in many parts of the state they will let you build your alternative home without building permits. Tornadoes aside, I was impressed with the information on Missouri and would consider this state as a good candidate for living an off-grid life.