I think he needs to trademark this. And perhaps he has by now. Square foot gardeners all have to learn how to make this mysterious soil known as “Mel’s Mix” if they are going to succeed at this type of gardening.

What is this “Mel’s Mix” which is named with such clever alliteration that you are sure to remember it? It’s a formula, created by Mel Bartholomew, for blending compost, peat moss, and vermiculite to achieve a loose, friable soil that drains beautifully, holds nutrients well, and keeps weeds from taking over.

The biggest variable in your success with this soil is the types of compost you utilize in your mix. This hub will review the best types of compost for the job, and at the end, we’ll take a look at the ingredients known as vermiculite and peat moss.

Making your own compost is probably the best option of all. You’ll have optimal success if you have enough compost on hand for your soil blend. In fact, your compost is probably good enough that you can grow your vegetables solely in it, and nothing else! But many of us can’t make compost. That’s OK. I just thought I’d mention it.

If you don’t have a compost pile, the next option is to buy compost from big box stores, nurseries, or feed stores. I recently purchased bagged compost from an organic nursery, and I bought it from them because I have a high level of trust in their company. In fact, they make their own compost and sell it in plain bags for about $5 each.  It doesn’t have a strong odor, by the way.

But with Mel’s Mix, remember, if you use purchased compost, you’re going to need some variety – at least five different types of compost for your soil mix.

Here are some reviews of composts that I have used. 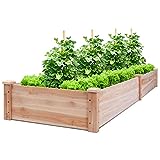 Earthworm castings  -- Easy and very pleasant to work with.  Some of the most expensive compost  you can buy, by volume.  This is its biggest disadvantage.  You might want to set up your own worm box, so you’ll get this stuff free of charge.

Chicken manure compost – Not the worst ingredient I’ve ever worked with.  Cheap and freely available, especially if you have hens running around your yard!  If not, you can probably get it at $3 per bag.

Mushroom compost – It isn’t my favorite.  I was warned by the feed store to either use it soon after purchase, or store it in a place where it wouldn’t stink up everything.  It is very mushy and hard to work with.  I strongly suspect that mushroom compost  was the culprit that made my clothes smell terrible after spending a little time in the shed, mixing soil.  Mushroom compost truly permeates!

Cotton burr compost – seems to give a lot of value for its weight and adds volume to your soil.  I have used Back to Earth, and Back to Nature blends.  Highly recommended.

Calloway’s bagged compost – I have used this, and it’s not terribly expensive.  It is borderline acceptable, as far as the size of the twigs contained in the compost.  You don’t want any twigs or bark much bigger in diameter than a pencil.

Rabbit droppings – Excellent, if you have a way to catch the droppings.  I saw a picture of a rabbit cage in a book, and it was positioned so that the droppings would fall through the wire cage into a small toy wagon.  My neighbor has a pet rabbit that lives under her yard barn.  But the rabbit is seldom seen, and that’s a good thing, considering I have two dogs. 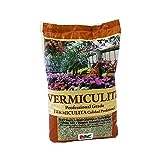 It’s one of the required ingredients for Mel’s Mix. Why? Well, horticultural vermiculite, when used in a mix, makes germination easier in your square foot garden. As Mel has explained, the seeds can actually be sown deeper than most normal seeds. The soil is so well aerated that the seedlings will very easily make their way to the surface. And the vermiculite will help the soil retain both moisture and nutrients while the young roots are developing. Vermiculite is non-toxic and sterile.

It can be difficult to find vermiculite, and it’s very expensive. If you can find it for less than $25 per 4 cubic feet sized bag, you should snap it up. But when you do find it, please don’t worry that you weren’t able to locate the coarse grade. I’ve used the medium grade vermiculite, and it works just fine.

Vermiculite also has many other uses.  For instance, it makes an excellent medium in which to root cuttings.

I don’t have a preference in this category.  I believe the last peat moss I used was Miracle Grow Canadian peat moss.

Peat moss also helps the nutrients to release slowly, as needed, and it helps the gardener to save water

So there you have it.  Some people experiment with their Mel’s Mix, adding a little bit of sand or other ingredients that they’ve found useful in the past.  After you’ve worked with the soil a couple of seasons, you may develop some ideas of your own.   Some vegetables are going to grow best at a certain Ph, or in a little drier soil, and so you’ll figure out how to create such ideal conditions as you tweak the ingredients.

However, I really do feel that, once you’ve learned to mix the soil, and discovered how the various composts blend together, everything will come together more easily for you.

Oh, by the way, get used to the smell of compost.