Fire ants are dangerous to both humans and animals, and seeing a fire ant mound in your yard is cause for concern. It's estimated that fire ants cause $5 billion in damages annually in the United States in medical treatment and control, and another three-quarters of a billion in damage to agricultural assets. Forty million people live in infested areas in the United States, and about sixty per cent of people living in infested areas are stung each year.

What Works, What Does Not Work to Control Fire Ants

Many gardeners use some type of poison to deal with fire ants. However, in addition to the usual danger to both humans and pets where poison is involved, there are other problems with using poisons to kill fire ants. First, there is no poison that is specific to ants in general, much less to fire ants in particular. An insecticide will not only kill beneficial ants (without them, we would all be up to our necks in waste), but all the other beneficial insects (such as bees), plants, and wildlife as well (after all, birds eat insects!). By using only natural substances to control fire ants, we can avoid killing the species of insects, birds and animals that are not only desirable but necessary for the health of our homes and gardens.

As with just about every subject, there is a lot of misinformation out there; however, the methods listed here are derived from research papers in peer-reviewed scientific journals, and are intended to work primarily on Solenopsis invicta (the most dangerous species of fire ant), without disturbing other elements in your environment. Do not waste your time and money with ineffective, but popular myths on how to control fire ants. In particular, Splenda, cereals such as grits, etc., do not work and may expose you to painful, and rarely fatal bites. Stay with science and what is proven by experts to work!

Fire Ants Can Be Deadly!

What You Need for Treating Fire Ant Mounds with Boiling Water 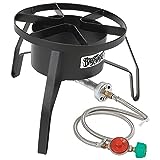 Bayou Classic SP10 14-in High Pressure Cooker Features 14-in Cooking Surface 12.5-in Tall Welded Frame 4-in Cast Aluminum Burner 10-psi Regulator w/ 48-in Stainless Braided Hose
This propane burner will heat up the required amount of water to boiling fast. A regular burner won't work because it will take forever to heat up the water; even this one takes a while but you won't have to wait all day.
Buy Now 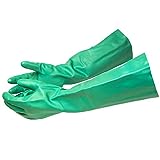 ThxToms 392°F Heat Resistant Rubber Gloves, Insulated and Waterproof Gloves for BBQ, Cooking, Dishwashing, Large 1 Pair
These heat-resistant gloves come with a separate fabric liner to protect your hands. You should never attempt to handle the large amount of boiling water necessary for dealing with fire ants without heatproof gloves (ask me how I know). These heatproof gloves are superior to most others because of the additional fabric liner.
Buy Now

The single most effective treatment for fire ant mounds, as determined by peer-reviewed scientific studies, is boiling water. Many people have tried boiling water and claim it does not work, but a highly specific treatment method must be followed. Otherwise, the boiling water method will not work. But before you begin, there are several problems with this method: first, you will need a lot of boiling water--up to twenty gallons for a single fire ant mound, so invest in a metal trashcan. The second problem is that you will need several treatments at first, and keep repeating the treatments until the fire ants decide that your yard is an inhospitable place for them. And the third problem is, of course, that you must get awfully close to the fire ant mound and can run the risk of a severe, painful, and in rare cases, fatal fire ant attack.

So how to safely use boiling water to kill fire ants? First, have enough boiling water on hand to insure that you can get the entire mound at one time. The best way to do this is to put an immersion heater in a 20-gallon heatproof container or in my case, I used the propane burner above, and use a pump and a garden hose to direct the boiling water on to the ant mound. You can also use a siphon by filling a heatproof hose with tepid water, and place one end in the bucket, holding your thumb over the other end until it is time to release the boiling water. If you use either of these methods, make sure you are wearing sturdy heatproof protective gloves and safety glasses.

Take a long stick (that legendary ten-foot pole would be ideal), and poke the stick down into the mound as far as it will go. Ants will immediately rush out of the mound to attack, so right away start pouring the boiling water onto the mound. Don't worry about the foraging ants unless they are an immediate threat; go for the innermost chambers and the queen and larvae. Pour the entire contents of the garbage can onto the mound.

Wait a few weeks, and go back to the area. Some ants will have been out foraging, and they will have started new mounds. Use the boiling water treatment on them again. You may have to repeat the treatment up to five times to get all the ants in a particular area, and when new colonies are formed during mating season, you may have to do the process all over again. The good news is that after a year or so, the ants will give up and move elsewhere.

Note: this method works by boiling the ants. Fire ants not only cooperate in floods to link together to form rafts, but fire ants can survive as long as two weeks completely submerged in water. Anything less than water hot enough to cook them will only aggravate the ants and may provoke attacks. 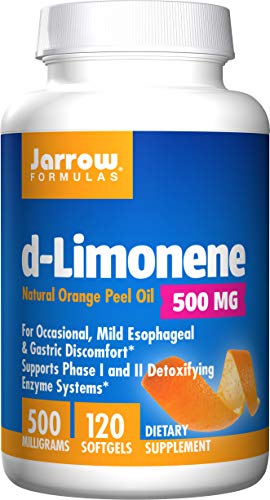 Jarrow Formulas d-Limonene, Promotes esophogeal health, 500 milligrams, 120 Count
d-Limonene is the next best way to control fire ants, and having this form in handy capsules is useful. If your fire ant mound is not too big, you can use this to convince them it's time to hightail it out of your yard and go elsewhere. Each capsule of 500mg will treat ten pounds of dirt, plenty to convince fire ants your yard is not the right place for them.
Buy Now

Two essential oils, eugenol and d-limonene, will disrupt digging behaviour in fire ants. You will need fairly strong concentrations (more than can be obtained by the traditional method of soaking citrus peels or cloves in water for several weeks). Your best bet for these methods is to find a supplier that will provide you with sufficient quantities for insecticide purposes. However, again, these essential oils may disrupt native ant species or beneficial insects. In order to completely disrupt digging behaviour you will need a concentration of 100 mg of these essential oils per 2 pounds of dirt.

If your climate supports it, a Venus Flytrap may be an effective way to help fight fire ant infestation. About a third of the insects captured by this plant are non-native ants. Other solutions that may help include phorid flies, some species of spiders, birds, and other species of ants. However, just as fire ants are an invasive species, you must guard against introducing other invasive species, or the problem will simply shift to another imbalance.

An Ounce of Prevention to Control Fire Ants

Fire ants will move into areas where only a few species of plants are growing, and prefer disturbed areas of earth (such as those that have been recently mowed or plowed). So, in order to make your yard less attractive to fire ants, you can implement the following steps:

What Does Not Work to Control Fire Ants

If you get stung, aluminum sulfate and meat tenderizer, commonly-recommended remedies, do not work at all on fire ant stings.