Gary studied central banking and the fragility of the banking system. He published the ebook, Ponzi Housing Scheme 21st Century on Amazon. 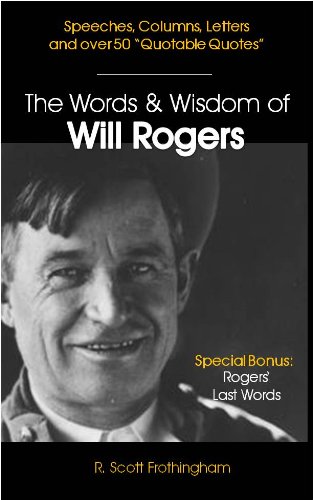 The Words & Wisdom of Will Rogers: Letters, Speeches and Quotes by Will Rogers (Up Close & Personal Book 6)
Buy Now

Banking Community From Top Down Exposed

I get railed on now and then as I post at Seeking Alpha that off balance sheet banking allowed at Basel 2 in 1998 resulted in the ponzi housing bubble. One fellow who posts comments, Pier 0188, said while discussing Ellen Brown's Foreclosuregate article:

However, that doesn't get back to the truth. You know absolutely *NOTHING* about what you are blathering about online. You pretend to be erudite and literate, yet you are not a free thinker. You merely upchuck another cow's cud, another lost, blind, and senseless cow.

Well, Pier, moo to you too. I have never claimed to be erudite. I have never claimed to be an expert on the ins and outs of complex banking. However, I understand the crucial financial manipulations at work here. I do believe that the banks had a plan, through the repeal of Glass-Steagall which tore down the barrier between banks who had mortgages and investment banks who securitized the loans. This allowed the packaging of individual mortgages into infamous private mortgage backed securities.

I believe that the banks had a plan to operate with less capital with Fannie and Freddie guaranteeing all manner of subprime loans. We know that they did not guarantee jumbos and many alt a loans, but subprime they did guarantee. So Fannie and Freddie were essential to kick starting the scam. We have seen how their monstrous child, MERS, has attempted to run around state governments in corrupting the recording of proper documents and notes. So who were the main players in the scam?

1. the central banks like the Fed and the European Central Bank,

2. the mother bank of those central banks which is the Bank of International Settlements,

In 2004, Chris Whalen offered an explanation of the scam, and this almost predicted what would subsequently happen in the mortgage markets. Well, Whalen says that the risk models were Enronesque:

"Second, Basel II is built around a suite of risk analysis tools that are, at best, a reflection of market sentiment rather than an accurate opinion on a company's financial statement. In May 2004, the Bank for International Settlements issued a statement indicating that the Basel Committee had reached a consensus on the new risk framework for financial restitutions. The statement said in part: "Basel 11 represents a major revision of the international standard on bank capital adequacy that was introduced in 1988. It aligns the capital measurement framework with sound contemporary practices in banking, promotes improvements in risk management, and is intended to enhance financial stability."

Translated into simple language, the New Basel Accord proposes to use precisely those measures of risk and credit quality that caused such fiascos as Enron, WorldCom, and Parmalat, to name the most familiar names. The largest banks will employ risk models that are based on derivative indicators and academic assumptions about the statistical distribution of such events (defaults and restatements, for example) that do not accurately describe the real world.

We know that Enron ended very badly. We are seeing Chris Whalen warning of a very bad ending here from that 1998 off balance sheet banking model that Basel 2 applies now in 2004. Basel 1 of 1988 that took down the Japanese bubble was abandoned. Mr Greenspan came out as a "good" central bank soldier to proclaim that adjustable mortgages could be a "better deal" for homeowners, in February, 2004. So much for ever trusting a Fed Chairman ever again.

So that we are not limited to one analyst, we have the Wall Street journal in 2007 saying essentially the same thing. Thomas Greco of Beyond Money tracks that article and here is author Quigley's view:

If you don't believe the pre-meditation involved please read the quote below from the Wall Street Journal, Nov. 27th. 2007:

"In 1998 the Basle Accord created the opportunity for regulatory arbitrage whereby banks could shift loans off their balance sheets. A new capital discipline that was designed to "improve" risk management led to a PARALLEL BANKING SYSTEM whose lack of transparency explains how the market started to seize up.

loan-obligations and other structured vehicles, the rules failed to highlight contingent credit risk""With Basle II, the question is just how the markets will evolve over the next 20 years". as the new accord will require banks to hold LESS CAPITAL".


The theme of the Wall Street Journal article is the same as Whalen's views. Less capital is required because we have loan guarantees from the government, from Fannie and Freddie as well as, which we find out later, from a private MBS explosion based on phony ratings. And this gets worse, as Basel 3 apparently wants permanent guarantees for loans from Fannie and Freddie.

The Tea Party Should Speak Out About Speculation Gone Wild

Government guarantees will subject greedy bankers to the temptation of writing bubble mortgages, at least starting with easy money ABS, knowing that they will be guaranteed by more and more bailouts by the government. That is probably why the Tea Party frightens both the Republicans and Democrats in their hatred of bailouts.

However, the Tea Party needs to understand that this scam was not just a Fannie/Freddie caused scam. Nor was it a borrower caused scam. The ponzi housing scheme had the highest level of finance, the central banks, in the middle of this scam, crafting it through Basel 2 and promoting it through Greenspan. They should speak out about speculation.

It is clear that MERS and the big banks are in the thick of denying due process to millions of foreclosed persons. If we understand that the ponzi housing scam was a form of speculation that was set up by the financial elite, then we must also note that none of these people would be underwater if the bankers had not set this scheme up in the first place.

Just like investment bank speculation led to false increases in prices for food commodities in 2007 and in the price of oil in 2008, so did this speculation set up by Wall Street and the central banks, and Fannie and Freddie lead to false increases in prices. People starved in West Africa in 2007, and the US consumer was hurt badly by oil prices going to $145 per barrel in February, 2008. There is a pattern here of hurtful speculation. The housing bubble was a speculation driven by mainstreet but set up by Wall Street and the financial elites.

Foreclosuregate is just the fallout of the speculation in mortgages. Rick Humphries has written and Whalen said on CNBC recently that the same mortgage was sold to multiple individuals, not being transfered to one person because the tranches determined who owned the loan after the fact, based on risk. Securitization got sloppy, as that was the nature of the beast. The handwriting was written on the wall in the beginning, and that handwriting does not confirm ownership as state and county governments require.

So then, the ponzi housing bubble and subsequent crash and the resulting foreclosuregate were all the result of a premeditated scam. What a dark period in American history are we experiencing by almost any standard.

Your House Payment Is Possibly Not Being Properly Recorded

This content was originally published at hubpages.com and I shared it as a contributor to Business Insider. Subsequently, Google Panda, a search engine formula, punished this original content as being duplicate content. It is not. Basel 2 was an evil attack upon the citizens of the United States and I will continue to expose it for what it is.

People Buying More House Than They Could Afford Was Part of the Scam!

But this is where many Tea Party types have gone wrong in their mucked up attempt at understanding this crisis. The originate to distribute model made underwriting unnecessary as a means for banks to make money. They were passing off loans that they knew were sub par, by hiding the notes, hiding the facts of the loans, from investors. Then the investors bought these so called AAA bonds made up of all these crap mortgages, and we wonder why the banks are near failure but for taxpayer bailouts.

The shadow banks created by that BIS analysis at Basel 2, way back in 1998, started to apply easy money, no doc loans in 2004 as planned by the central banks. They never told people that underwriting was no longer important or sound. So, don't blame the borrowers, because you had David Lereah of NAR, and other real estate experts, saying that you need to get in the market because real estate rarely goes down in value! People were told they had to get in before prices went up or they would be shut out of the market! Even Greenspan said it was a better deal to buy an adjustable. Don't blame the borrowers because the banks stopped underwriting on purpose. House prices went up which what banks wanted because underwriting was abandoned. This was part of the scam, don't you see?

If you look at it this way, you can grasp the magnitude and blame regarding this scam. I posted this at Neil Garfield's great blog:

"When you take the policemen away, the underwriters, you are going to have a free for all. The policemen watched out for the interests of the banks. For the banks to get rid of these policemen is proof that the ponzi housing scam was preplanned and that borrowers are victims of a sophisticated scam."

The Future: Basel 3 Is Bubbles Waiting to Happen!